That cover art really is something

Yeah this is sounding really good. Pretty much the perfect Beyonce record for me, and not one I really expected before the single dropped. Hell of a list of collaborators, but could come across a bit clumsy in other hands, whereas she sounds great over these tracks rather than a passenger to the production. Looking forward to spending more time with it.

Not that it was ever in doubt, but it wipes the floor with that Drake album (which he probably rushed out when he heard this was happening, didn’t he).

Actually hilarious how much better this is than Drake’s attempt at house.

(yes yes, takes a Drake to know a Drake)

Pretty much the perfect Beyonce record for me, and not one I really expected before the single dropped

Yeah, came in here to say the same thing. I’ll always listen to her stuff just cause I want to be part of the cultural conversation but reckon this is the first one I am really enjoying and can easily see myself coming back to.

I mean, it’s fine and all but there’s just so much great dance music around that a lot of this seems just like a pale imitation with frankly a bit too much singing over the top.

Also, there’s a mystifying fine line with this record between stuff that is homage and stuff that’s theft. The obvious references are obvious (Moroder, Donna Summer, Robin S etc) but other stuff…? Seems a bit sus to me for a billionaire to be singing about how brilliant and sexy she is over a magpie’s sackful of other people’s idea

I do want to like it though…and maybe listening at home is not the right context. But I don’t think this is a dancefloor record either, probably a great ’turned up loud in the car on the way to the club’ record though, we’ll see

I think the two best tracks are probably Virgo’s Groove & Thique - though again, I think the former rips off 3 or 4 tracks from Paul Epworth’s Voyager LP a couple of years back (as well as nodding to Sexyback, the Bee Gees Inside & out and …err Jamelia’s Superstar) and the latter is done much more modern, slick & queer on this from last year 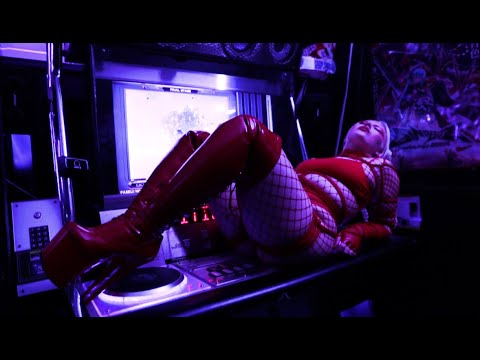 I dunno, maybe it’ll grow on me

Good to see Honey Dijon getting her dues though obviously

Edit: listening again - the last two tracks bang pretty hard, it’ll probably grow on me but there’s just too much singing throughout the record

there’s just too much singing throughout the record

Tbh one of my only complaints on first listen. She doesn’t really let the tracks breathe in the way most great dance pop singers would. That could be something that ends up grinding on me, or something that’ll separate it out from what everyone else is doing idk.

Agree with all of this.

Also rumours going round there are 2 other albums due.

I thought Act 2 might be a video like Lemonade and Act 3 would be a tour. Apparently not

Should have done a triple album and called it 69 Love Songs - wait, that’s been done…

Bloody 'ell this is good.

Had a crap week stuck in the house with (very mild) covid again and a lot of work stuff on my mind…and this is absolutely lifting my spirits.

Hmm, not feeling this so far. I love poppy house but apart from Break My Soul, none of it feels properly anthemic. Just want to stick on my 90s dance comps instead

this is what i’ve never been able to put my finger on. really enjoying the music on the new album but it’s a constant vocal assault

Yeah I don’t think this is for me tbh.

She doesn’t really let the tracks breathe in the way most great dance pop singers would.

Exactly. There’s no (or not many) musical riffs & hooks on this record, just lots of vocals thrown all over each track. Too impenetrable - certainly on the first few listens anyway

The more I listen to it the more I like it tbh. It sags a littttlle bit in the middle, given the start and the end are so strong (particularly the end, the last few tracks are relentless), so I’d probably cut about 15 minutes and bonus track the rest. It might prove a little busy for the dance floor, and I can see it being a bit divisive among both pop fans and dance music heads, but it’s hitting a home listening sweet spot for me. Plus just fun to geek out over silly stuff like a Beyonce song sampling Moonraker by Foremost Poets and shit.

Not feeling this at all. Songs dont feel anthematic enough and dont have enough room to breath… plus the song writing’s is very blah. Excellent voice as per but the rest is all very middling

This is great. Already prefer it to lemonade

Yeah i’m all in for this, just a total blast of a listen