Rolling ‘Go to a pub you’ve never been to’ thread 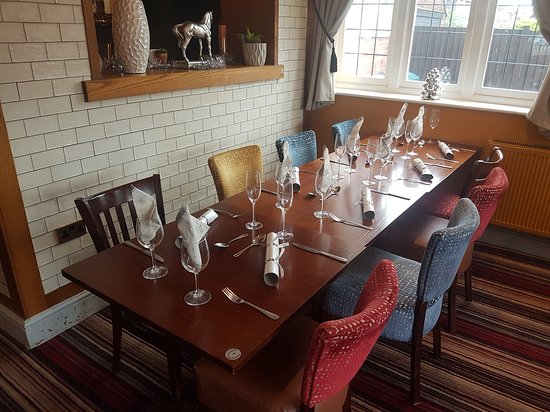 Walked passed this pub for maybe 11 years. Never been, until today!

Review
Garden
Has a garden, but it’s next to the car park, and has broken glass in.
Inside
Inside looks ok but a bit tired, the faux leather on the seats was peeling off.
Drinks
Drink selection poor. Abbots Ale and Greene King on the ale fronts. Lots of deals for sourz etc
Toilets
Toilets were broken, only urinals, so had to hold 4 year old up to one and he peed on my leg

Cost of round
£10.80 for pint of Abbots ale, 2 full size lemonades (only do one size!!) and a lime and soda
Reviews from any guests with you
Why have you brought us here? - my wife
The lemonade was great, never had that much - 7 year old
Haha I peed on your leg - 4 year old

Score
1.5/5
Honestly a bit crap. Maybe good for a few on a Saturday night before moving on elsewhere. Maybe the food is good? Won’t go back, def not with family

Good idea. Off to Kent next week so will almost definitely check out some new-to-me pubs and will try to review in the appropriate format.

Also on the walk in there were some #lads being a bit loud and play fighting and that and my kid turned to me and said with a big smile “I think I’m going to hear some swear words I haven’t heard before!”

Every time I go to Dublin I try to pop into a pub I haven’t been to before.

Most recent was The Lord Edward 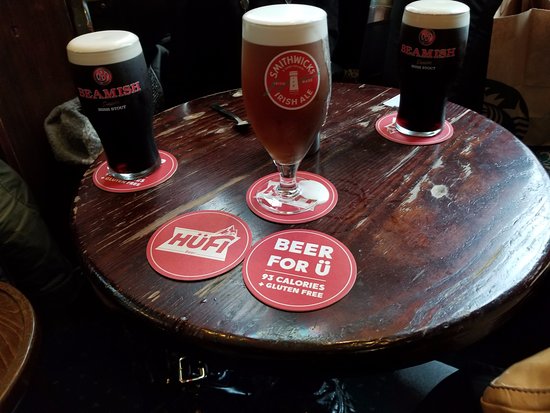 Always admired it from the outside when passing it on the way out to Vicar St. Wasn’t sure if it would be a bit of an old man’s regular sort of place but I saw a Dublin pal posting about how great it is a while ago.

Interior: Nice and old looking and cosy inside. Slightly run down in a charming way. Apparently there’s an upstairs too which I might try next time.

Drinks: Can’t remember but they had Beamish. Think there were a few decent beers but nothing too adventurous.

Cost: Pretty sure my pint was only €5 which is very cheap for Dublin

Toilet: Small and looked a bit rank and someone was in there so I decided to leave it and wait til I got to Vicar St. ‘Go to a pub you’ve bever been to before, hear some swear words you’ve never heard before’ sounds like a lyric by some twee Glasgow art school band from around the turn of the century.

Was always put off by it looking a bit small inside so might be hard to get a seat but went at a quiet time. Then found out there’s an upstairs with loads more seats apparently anyway.

I organised a night with that very theme. Coincidentally, it was the night where I met the woman who I now call my wife.

Are you married to her?

I might struggle here - I’ve been to pretty much every pub in Brighton (there are a couple of exceptions, and no I won’t be going to those)

BUT, there’s a new pub opening in a week and a half, so I’ll check back then

For the Brighton people - it’s the Star & Garter, what used to be Doctor Brightons. When it first opened a couple of hundred years ago it’s original name was the Star & Garter though, so I approve of this change