No one started this up again over here?

New Trap Them is streaming in full on YouTube. Track 6 in particular is fucking nuts…

oooh thanks for this. i shall listen now…bloody love trap them

to continue the chat…am listening a lot to the new helms alee record. The drumming in Meat and Milks is a particular favourite

The new Neurosis is out on Friday as well, should be a good one. I don’t know how you guys feel about black metal but the Martrod EP is out now featuring Wrest from Leviathan, along with members of Aosoth and a bunch of the hyped Icelandic bands. Can’t remember exactly who now. Anyway, it’s very good, especailly the 2nd track: martrod.bandcamp.com

I think Fallen Empire have been on a hot streak of good black metal releases as of late. Would really recommend taking a look at their bandcamp because it’s all name your price and there are a ton of good bands on there.

I am also looking forward to the new Trap Them even though I didn’t really like Blissfucker. I’ll probably just listen on Friday though because I feel like I already have tons to listen to at the moment.

I’m pretty excited about the new Every Time I Die album out on Friday. What I’ve heard so far is awesome. Apparently they played the whole thing in full last weekend. This is from the gig:

Other than that, Norma Jean’s latest album is probably one of their best to date. Didn’t think I’d be saying that in 2016.

I was watching an old live vid of ETID playing Bored Stiff back in 2006 yesterday and realised I probably fucked up by not going to one of their tiny London shows in June. Haven’t really cared about the last couple of albums but they’re still one of my favourite bands… last time I saw them was at the end of the Ratboy era when he was playing everything at half-speed pretty much

Anyway yeah that sounds great, will give the new one a go.

I listened to the last Norma Jean album a bit at the time, was kind of surprised how listenable it was - will give the new one a listen.

Also looking forward to the new ETID. I thought the last one was one of their very best. I’ve never thought that much of them live. they were all over the shop last time i saw them, they might as well ahve been playing different songs they were so ramshackle

Also (final) DEP next month. I was hoping for the new Code Orange to be out this year, but there’s still no news.

Really? Every time I’ve seen them they’ve been pretty great. Forgot about DEP. I expect that will be more of the same.

The collaboration album between Julie Christmas and Cult of Luna is pretty darn good on first listen. Cult of Luna can be a bit staid and Christmas brings a good amount of variety and unpredictability to the post-metal sound.

Enjoying my first listen to the new Trap Them. I also gave the Norma Jean album a listen on my way to work. It’s better than I expected. I tried Redeemer, years ago, but never got on with it, so pretty much wrote them off at that. I might revisit them at some point.

Random bandcamp find: The Great Cold, German post-metal with a lot of atmospheric black metal woven into. Sounds incredibly accomplished for a self-released debut, one of my favourite heavy releases of this year. And it’s pay what you want:

think I said in the old thread that the CoL album’s a real surprise hit with me, didn’t think I’d enjoy Christmas’ vocals at all but they work really, really well. this song is an absolute monster:

What with Rob having a young family now, and the Wright Bros not getting any younger, I’m guessing it’s finally all over. The band I’ve seen and enjoyed live the most.

Perhaps some slight hyperbole here, but this album is incredible. One of the best ETID have done 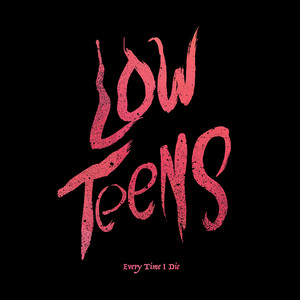 Still a contender for my AOTY. Really looking forward to them playing it live at Damnation in November.

so this last month or so has had releases from trap them, ETID, norma jean, true widow, helms alee, there is also the new oathbreaker out now i think and the new dillinger soon. this is crazily good, and like people have said above, hearing the new norma jean is good is a welcome surprise