Perhaps that was one of the caveats Disney slyly reneged on once the ink dried on the contract: “Sure George, no problem, sounds fine and a good use of resources”.

If Rise of Skywalker had been any good it would have been the sequel trilogy for sure. FA was great fun and TLJ is tied for best Star War thing I have seen

I want to watch Andor, as I have heard a lot of good stuff…but not seen any of the other series. (saw 2 EPs of Mando). Should I need to watch any of the other TV shows before hand? I do consider myself a SW fan and love the films, but not had enough time for the TV shows.

Don’t think you’d need any other TV shows, as long as you’ve seen rogue 1 you should be fine

You could save Rogue One if you haven’t seen it now. Be interesting to know thoughts about the film after this series has finished.

I don’t have strong feelings on Star Wars (originals and Last Jedi are fine, didn’t bother with Rise of Skywalker or 2/3 of the prequels, Mandalorian was meh and devolved into cheap fan service) and I really enjoy Andor.

Every once in a while a stormtrooper shows up and I’m like ‘oh yeah, this is Star Wars’.

Thanks everyone. Yes, sorry, should have said, seen the associated films too, so Rogue 1, Solo. Might give R1 a rewatch actually, then head to Andor.

I finally, finally saw TROS and well… So knew most of the content from reading on here, and so was expecting the worst. Realised that the whole point of the first 20 minutes was to just chuck all logic out the window and set up the rest of the film, which was just a McGuffin and fan service, ticking off loads of SW elements to finish off the series with. Once you accepted the bullshit premise and let yourself go with it…it was OK, just fine I suppose? I was expecting terrible, so came out ahead by being ‘not great’.

I’ve been recommending Andor to people with almost no previous Star Wars knowledge, I think it works as a standalone.

Yeah, TROS as a collection of colours and sounds rollicks along just fine. You can’t try and apply any actual thought to it for a moment otherwise the whole thing dissolves, but it’s a pretty entertaining adventure if you avoid that.

Yeah I think as a stand alone it is quite a fun film and has a Star Wars feel, think it is the film where the ‘there was no need for a sequel trilogy’ buck had to stop

Seeing Andor be good, has made me really angry again that we didn’t get a decent sequel to TLJedi.

Now Disney have made the final chapter that half of the fanbase wanted, how about they make the one that the rest of us wanna see?

I’d be quite interested to see a movie franchise do an alternate ending. Bet people would be intrigued.

there is always this version 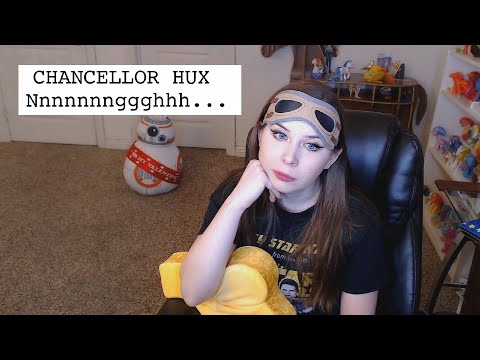 Just leave it where it lies. 4 - 8 actually works really nicely as a 5 film series. None of the actors will ever come back even if somebody did want to do something with it.

It’s quite good Trevorrow’s script ideas it needs a lot of work, read somewhere that this was draft 2(??) but it’s a million times better than what was made.

Going to watch The Empire Strikes Back this afternoon Started rewatching Obi Wan with my son. He really likes it. The first three episodes weren’t as clunky as I remembered and we are on the far better downslope now.

The chase/kidnapping scene at the start is still one of the worst things I’ve ever seen.