Rewatched Solo with the children this weekend, and Revenge of the Sith with the wife a few weeks back. In conclusion, Solo is great fun and a good standalone. ROTS is way more dull than I remember it, obviously a CGI fest (feels like a cartoon) and is riddled full of cringe inducing moments (younglings, love, nooooooo…).

Once you get the Solo timeline (10 or so years before New Hope, and once you realise there’s an animated series that fills in some of the apparent plot holes), it makes sense. I can’t see myself returning to any of the prequel trilogy any time soon.

Rogue One is still the boss.

Always fool myself into thinking ROTS is good because the opening sequence on General Grievous’ ship is good fun, but the dialogue scenes are staggeringly dull innit

Yeah, the epic space battle bit with all the ships at the beginning is what I remember, but somehow it just wasn’t as good as the closer in Rogue One or ROTJ.

Has anyone watched the clone wars TV show? I’m considering giving it a punt but I’m not sure if it will be ‘cringe’

It’s one of those things that takes a while to get good. To begin with the stories are all pretty basic and very much pitched at kids and the undemanding, but as it continues there’s a bit more going on. There’s a list of recommended episodes somewhere, I’ll see if i can dig it out

turns out there are about fifty lists of recommended episodes and they are all different. On a quick check this looks like the most comprehensive

Star Wars: The Clone Wars is back in our lives for one last time, with its seventh season now airing on Disney+. Maybe you dismissed it when it first aired because it’s “just” a cartoon, maybe you just never got around to watching, but either way,... 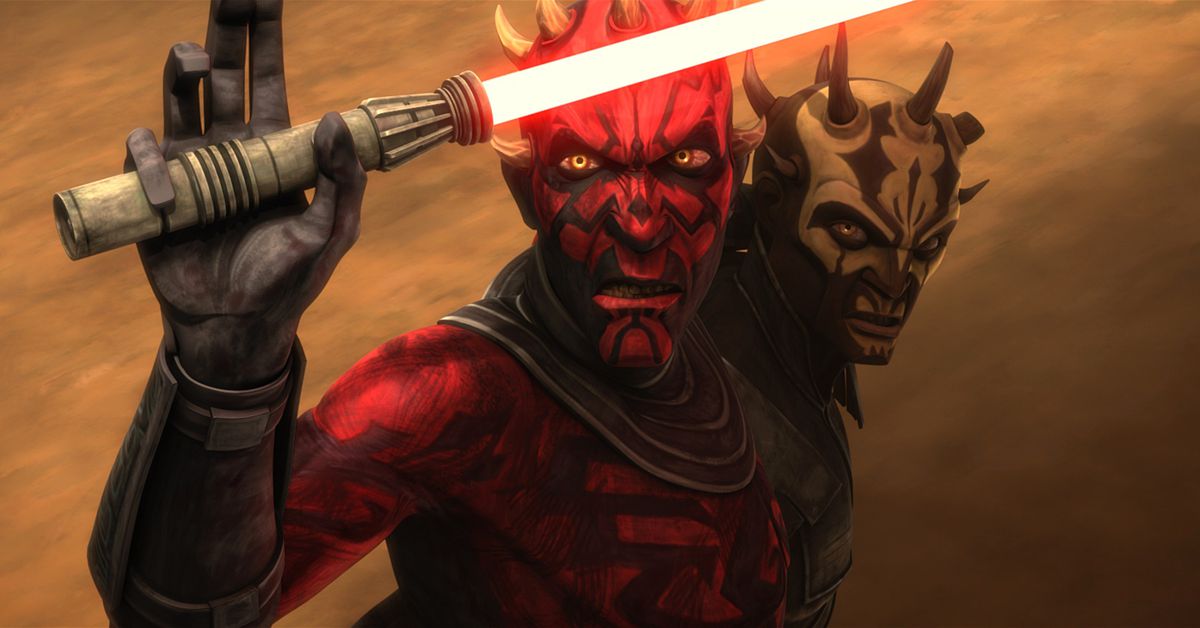 The 20 Clone Wars episodes to watch before season 7, according to Disney Plus

Digging into the ‘essential’ episodes on the streaming service

Clone Wars and Rebels are the best thing Star Wars has done since RotJ. The amount of heavy lifting it does is incredible. It actually makes you care about the characters. It turns a meh story into one that is properly heartbreaking.
There is a lot of it, and some of it is dodgy but I think it’s worth the punt. Skipping to season 7 is pointless if you’re not invested in Ahsoka, who by the way, is the best character in Star Wars.

It’s a bit kiddy at the start and whatever you do, don’t watch the pilot film, it’s utter shit but Season 1 Ep 1 is a good place to start.
The way the show runs in four episode arcs in a season makes it easy to bail on a story that isn’t working for you.

Skip anything featuring the Droids or Jar Jar and you should be fine.

Be amazed that you will really like Anakin and Obi Wan’s friendship. This show is the Prequels done right.

yeah it’s mint and makes the prequels so much better, the last two episodes take place alongside ROTS and actually make a better film than ROTS. ahsoka is the greatest

wasn’t expecting the first episode of the bad batch to be feature length and take place at the same time as ROTS like the end of the clone wars cartoon. bold as brass, well into it

yeah defo, theres a lot of chat in the first episode that won’t make sense if you’ve not seen clone wars

TIME TO WATCH RETURN OF THE JEDI

All of the above? #StarWars https://t.co/B9x3WjLeq5 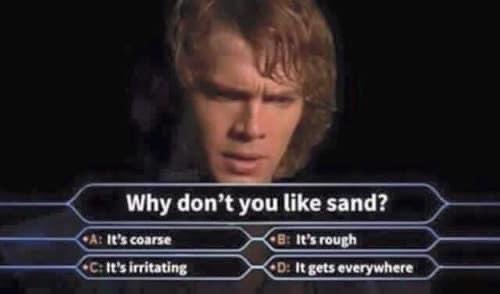