Nice mix from Kasper Marott to kick off the new year, almost trancey at times.

Kasper Marott blends the guttural squelch and luminescent glow of his reflective productions for a satisfying, slow-burning mix

And new Squarepusher single is so good: 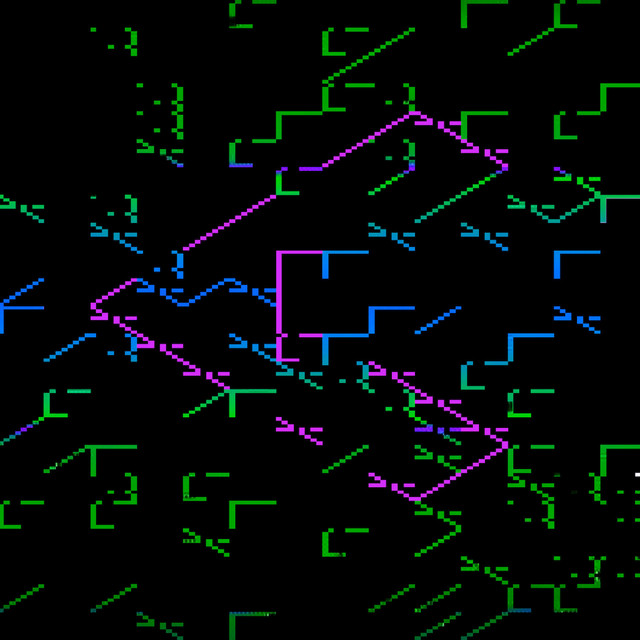 Nervelevers, a song by Squarepusher on Spotify

Hadn’t seen a thread, unless I missed it?

Went to an excellent festival on NYD in Melbourne. Had never heard of Nosedrip before but they were immense

only a couple hours old mona!

Nice mix from Kasper Marott to kick off the new year, almost trancey at times. And new Squarepusher single is so good:

did you stay for Lena Willikens?

@Tuna stayed for a bit but legs were weary. She was v. good though

@Tuna stayed for a bit but legs were weary. She was v. good though

Doing a few gigs with Vladimir Ivkovic this year including at wide awake, well excited

They do a lot together I think, they’re both residents at Salon des Amateurs in Dusseldorf. They’re dead good together, lots of amazing low tempo stuff.

There’s a few long, mind-bendingly excellent sets of theirs on Soundcloud from a few festivals and clubs in the last few years. Seen they’re on the Dekmantel line-up for this year so crossing fingers they get given 3+ hours.

Is it okay to post about gigs I organise here? They fit nicely into the Electronic/Dance whatever vibe?

Seen they’re on the Dekmantel line-up for this year so crossing fingers they get given 3+ hours.

I see tickets go on general sale this Friday, do they sell out pretty quick?

Have a look at accommodation, it’s always the same weekend as Amsterdam gay pride which means beds can be scarce

Yeah we bought ours in the presale this morning. I’ve got a spare code if you want? Still seem to be tickets available. Last year they didn’t make it to general sale as the presale sold out.

For accommodation - worth looking at hotels in/near the airport as it’s a short walk from the festival site and cost us far less than an air bnb in town.

Discovered via the RA best of 2019 playlist. Been quite enjoying just sticking the 33hr long beast on random - so much fantastic music that it’s actually a bit overwhelming. No idea how other people seem to keep up so well with everything.

Oh wow cheers, have just spoken to my other half (who had previously expressed an interest in going)… and now isn’t so keen, sigh… Oh well thanks for the offer!

Aye, their 3 hour set from Nuits Sonores last year was something I had on repeat from the moment it dropped.

Aye, their 3 hour set from Nuits Sonores last year was a mix i had on repeat from the moment I first heard it.

Nothing released in 2020 as yet but some stuff I’ve been enjoying that I missed last year:

Hildur Gudnadottir’s ‘Chernobyl’ soundtrack - Immensely haunting score for a really haunting program. Only watched the series in the first week of Jan and cannot stop thinking about it.

Reeko ‘Scream n Cry’ - first heard it in that Ossia FACT mix that dropped yesterday and have listened to it alone about 30 times since. So incredibly tense.

Felix K - ‘Momentum’ - Love everythign Felix has done and pretty much the whole Hidden Hawaii (RIP) & Nullpunkt catalogue but missed this EP; still haven’t heard all of it but title track is killer. Really must get on it tomorrow.

This Ribeka mix for The Ransom note; one of her most club focused and has a really transfixing vibe - https://www.theransomnote.com/music/mixes/ribeka-the-wednesday-alternative-mix/

Realise that both the Ribeka & Ossia mixes are 2020; didn’t think far enough ahead when I wrote that sentence, obviously.

Middle Ouest, an album by Bergsonist on Spotify

Enjoyed these two mixes so far this month

Great chilled mix from rRoxymore, and