Merry Christmas DiS graps fans! Hope you’re all having a little bit of a bubbly on this blessed day. And what’s this, not one BUT TWO NEW OSW EPISODES? IT’S A FOOKIN XMAS MIRACLE! 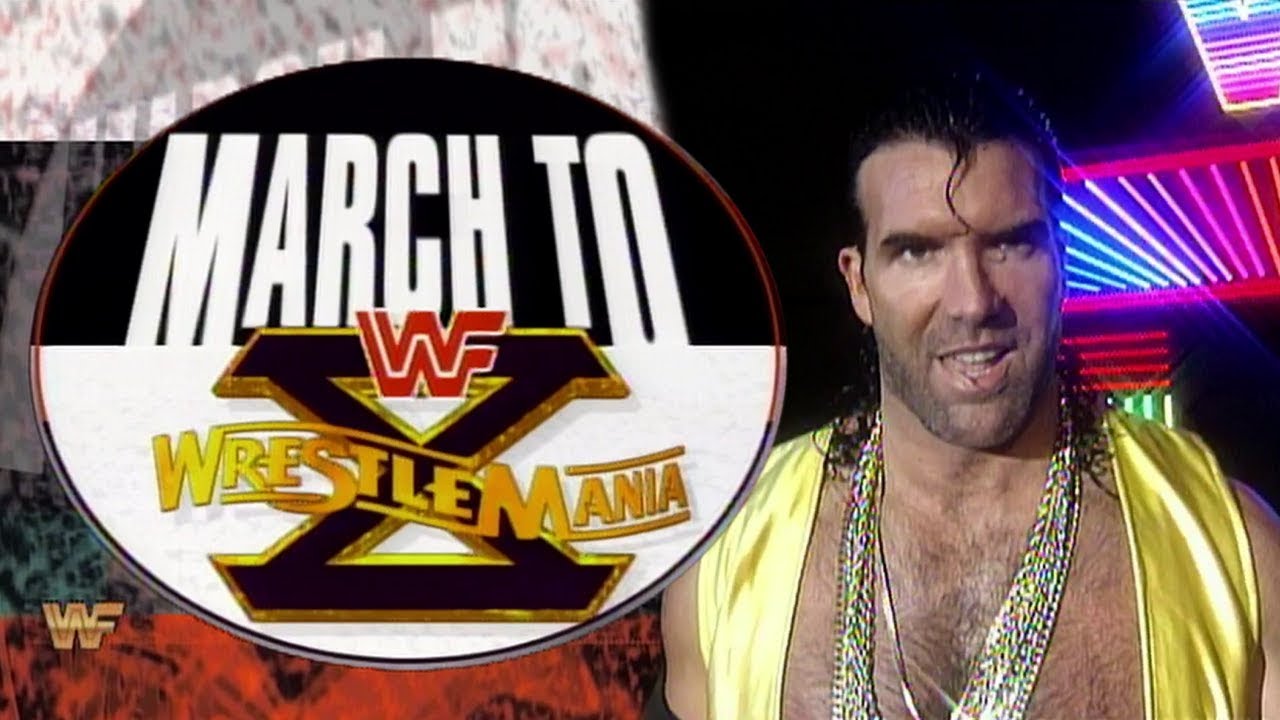 MERRY BLOODY CHRISTMASSSSSSSSSS! Your favourite racist Irishmen Jay, V1 and OOC are BACK ON CHRISTMASSSSS DAYYYYYYYY to review Bret vs Owen, Lex vs Yoko, and *THE* ladder match! This almost killed me getting this one done in time for Xmas. Sit back...

No confirmed matches for the Rimble yet (other than the customary men’s and women’s elimination matches) so let’s have a quick look at Wrestle Kingdom 14 which takes place over two days for the first time this year (take note, Vince) on January 4th and 5th.

In a (sort of) huge announcement just yesterday, WK14 will be the first to feature a women’s match from Stardom talent Mayu Iwatani and Arisa Hoshiki vs. Giulia and Hana Kimura, however it will be a dark match largely due to strict TV rights in Japan (Stardom is on another channel from NJPW). But still, slight progress!

I’m obviously not going through the whole card otherwise I’d be writing all day but a couple highlights include:

SATURDAY:
Some big stable fued tag matches to get everyone on the card!
Lance Archer vs Jon Moxley in a Texas Deathmatch for the U.S title!
Will Ospreay vs Takahashi for the Junior Heavyweight Title!
Jay White (boo) vs Naito for the IC Belt!
OKADA VS IBUSHI FOR THE HEAVYWEIGHT TITLE!!!

SUNDAY:
ZSJ vs Sanada for the RevPro British Heavyweight Title!
Winner of Archer/Moxley vs Juice Robinson for U.S Title!
KENTA vs Goto for the NEVER Openweight Title!
Losers of the IC and Heavyweight Title bouts having a match for some reason!
TANAHASHI VS “LE CHAMPIONE” CHRIS JERICHO
And finally, a winner take all match for the Heavyweight and I.C title belt from the previous night’s winners!

Should be a pretty incredible weekend of wrestling, any preddos? Personally I got Moxley beating Archer but then losing to Juice because he’s banged up from the Texas Deathmatch and Okada retaining against Ibushi (though I’d love to see Ibushi as champ) but losing to Jay White. Tanahashi vs Jericho is gonna be interesting too, reckon the visiting AEW champ might pull off a win. Sanada will maybe beat ZSJ just to mix things up a bit? I’d gladly take more Sanada in the U.K

Anyway, I should get back to the festivities, have a happy new year DiS grapplers!

Watched a WWF Heat from March 1999 last night. Christopher Daniels was backstage in a shirt with a symbol like Ministry of Darkness’ logo. Ed Ferrera did his JR impression. Val Venis and Hardcore Holly beat the Outlaws in 45 seconds

was going to be the higher power but vince changed it. probs the right call but still a shame they never found another use for him

Aye I heard that. Still, interesting that the seeds were being planted. All he did was get beaten up though tbh

Heat’s quite interesting for little tidbits that dont really get picked up.

Who knew Bart Gunns official name was Lefty once?!

was wondering the other day what happened to him and if he might be a surprise return at the rumble but yeah, probably not now.

Guess that means Tanahashi wins. No point doing that if not

Would love to see Tana on american tv, could be a great decision

I’ll say this much. Rusev/Lana/Lashley feud has swung right into ‘so bad it’s good’ territory.

really? Lot of heat out there about how they’ve wasted Liv Morgan’s return on this…

It’s so obnoxious and stupid that I cant help by enjoy it now. Also as far as I’m concerned anyone put in this storyline is going to come out of it better than being slotted randomly in the mid card.

It’s trash, pure trash, but these 3 (now 4 I guess) performers have a prominent spot and niche on the card that no one else outside of the top stars have. It’s either that or what, slot them into a bunch of rando tag matches until its their turn to get the womens title?

More variety in story time please WWE and I might start watching again. Its telling that I’m singalling out this particular story arc as the highpoint of WWE right now.

yeah, I get your argument for sure, at least people are taking notice and talking about them rather than sitting about doing nothing. It’s also not like WWE don’t have a penchant for this kind of storyline. Still not entirely convinced anyone involved is going to get that much of a push at the end of it, but we’ll see.

Im really worried that her sexual orientation is going to be played for comedic effect though, its already dangerously close to being on that track

Also you just KNOW Vince thinks this angle is GOLD and that everyone involved has the best spot on the card in his opinion, which is a good sign for all involved.

yes! the whooping and hollering at Morgan’s twist brought me right back into the attitude/ruthless aggression era (and not in a good way)

So far I’ll take it as the hammy soap opera gasp reaction.
Cant wait for people to fuck it up though