The Ronaldo article is absolutely fucking brutal, read it on the train home yesterday and wasn’t at all prepared for it. The two bits that really stood out for me (which I’ve blurred, content warning for rape, sexual assault etc) I’m of the mindset that I’ll always try and believe women in such circumstances, but what shocked me about this is that it’s not even a X’s word against Y’s situation, but stuff that Ronaldo/his team have fully admitted to in official documents, showing a ludicrously out of touch understanding of consent that would be borderline comical if it wasn’t about such a horrible issue. It’s the sort of understanding of consent I’d expect a 13 year old to have.

100% fuck him, basically. Will be very disappointing if this is allowed to dip under the radar.

Proper sociopathic stuff. Doesn’t seem to have any conception of the fact that he’s done anything wrong

In my basic understanding, with the local police reopening the case, surely, surely he’s in real trouble given that he’s on record literally admitting to it (how on earth did his legal team let that happen)

It would be absolutely rotten if he gets away with this but no surprise, depressingly.

Her new lawyer is disputing the validity of that agreement, on a couple of different fronts. My hope is that in the current climate, even if she’s technically broken the agreement, the content of the allegations is what’s focused on.

It would be absolutely rotten if he gets away with this but no surprise, depressingly.

Really think that unless there is a conviction it will get swept under the rug.

Obviously the nature of his work and appeal is different, but it’s odd that someone like Aziz Ansari can have his career ended over a personal account of him putting too much pressure on a woman, while Ronaldo can, to his own admission, clearly be declared a rapist and everyone continue on as is

I guess in this case, there’s just too much riding on him for too many people, too many sponsorship deals and megacontracts, too much willingness to deny his guilt because he is a hero to too many. Unless there’s a conviction, he’s too big to fail

yep, and I think its getting a wider audience. I shared the story a few years ago with a friend of mine and she had no idea… so at least people may think less of him.

sadly, people are willing to let a lot of things go if you’re good at football though

Something quite OJ about him, and this situation, isn’t there?

I do think people will view it as ‘allegations’ and a cash grab on her part unless it he is convicted.

will his sponsors be withdrawn… maybe he will take a financial hit, but alonso still plays for Chelsea despite his conviction for killing someone drink driving for example… and there he didn’t serve any time… just paid the family off.

tax dodging… pay them off… and so on…

Thing is, that already happened. He paid her off, and only came to light because of leaked documents, eight years later. With a criminal case reopened, and Mayorga willing to speak out, this time really should be different.

Seeing as he’s publicly said her claim is “fake news”, I’d say the beef is at least in part over whether he raped her or not

Seeing as he’s publicly said her claim is “fake news”, I’d say the beef is at least in part over whether he raped her or not

Think that even though he appears to be clearly guilty, might be difficult to get a conviction. As I understand it, the document they have in which Ronaldo admits that Ms Mayorga said no to him numerous times is a questionnaire that his lawyers asked him to fill in that was subsequently obtained via a leak. A document obtained in this way wouldn’t usually be admissible in court. However, Ms Mayorga’s lawyers will ask for full disclosure prior to any trial, and that the document should be provided as part of disclosure. Ronaldo’s lawyers will claim that the document is protected by client-attorney privilege so not part of disclosure. But, if Ronaldo’s lawyers had reasonable grounds to suspect that he was guilty of a crime, they should have stood down from representation. The fact that they didn’t may negate the privilege, but client-attorney privilege is usually incredibly difficult to get around. Also, Ronaldo hadn’t been charged with anything at the time of the questionnaire (I don’t think? Could be wrong though) so his lawyers could argue there was no charge to assess.

If Ronaldo’s lawyers can keep the questionnaire out of court, they could probably argue that the fact that it has been published prejudices their client and makes it practically impossible that he could have a ‘fair’ trial on the issues. If this happens he will probably escape criminal prosecution. May still have a fairly major civil claim to deal with though.

Should add that all of this is based on a very brief reading of the facts of this and I’m sure that there are very many other issues. Also don’t know the exact position under Nevada practice re disclosure and privilege (suspect they’re broadly similar to the UK because the US is also a common law jurisdiction, but there may be important differences).

Enlightening post, thanks. You’re right, there was no criminal charge at the time.

In terms of the questionnaire, do you/(does anyone) know the context of the leaked document and how it came to light? Seems insane to me that such an admission of guilt would ever be used in a civil lawsuit - so am I safe in an assumption that it was leaked as purely private correspondence between Ronaldo and his counsel? Do the original, illegal means of obtaining it render it inadmissible regardless of if it could have been obtained/used later in a more legit way (if that makes sense - and I suspect no if it was private correspondence)?

I would hope there would be enough sufficient evidence otherwise, but given how low the rate of conviction for rape is, it’s not encouraging. There is just so much there that’s undeniable, though.

Would also recommend listening to this interview with the Spiegel journalist who worked on the story (36:30 in) : 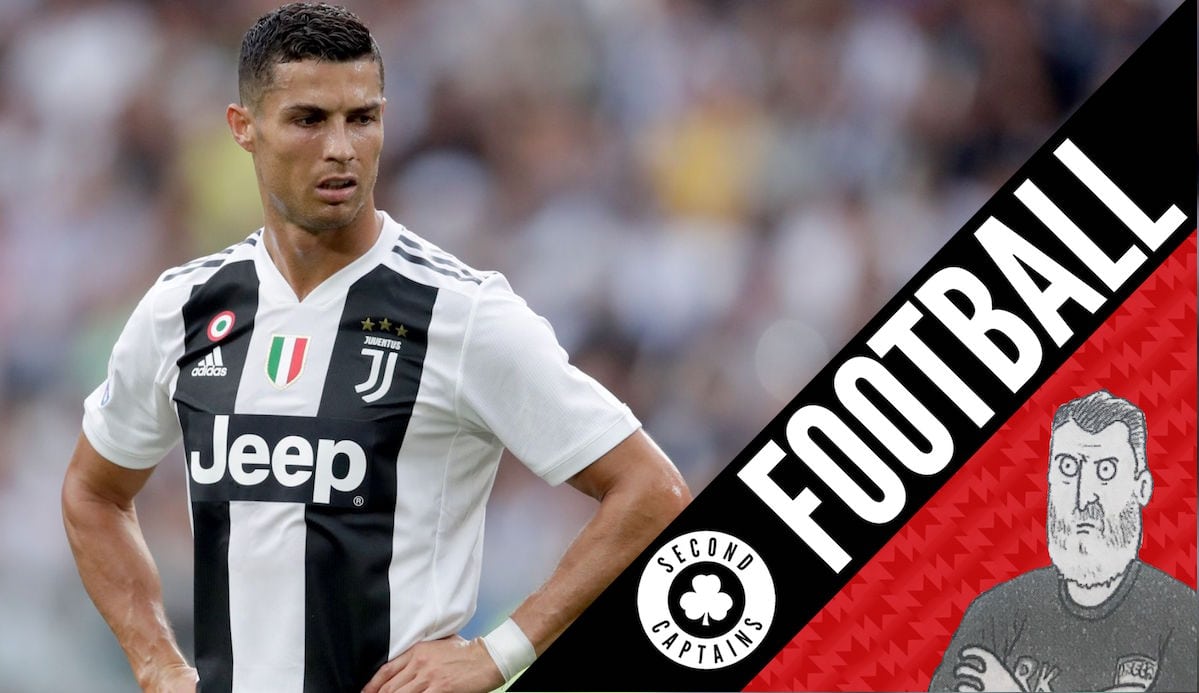 Episode 1279: Chelsea And Liverpool Get It On AND Get Along; Der Spiegel...

My understanding is that the document is a questionnaire that Ronaldo’s lawyers asked him to fill in. I’m not a criminal lawyer, but we use questionnaires a lot for clients as a starting point when preparing evidence, so they are fairly commonplace. Unsure why it was used in this case and at this stage though. I also understand that the questionnaire was obtained via a leak (assumed it was via a kind of ‘Wikileaks’ hack, but I don’t know for certain at all).

If it was obtained via a hack, or other illegal means, this would render it inadmissible. The tricky bit for Ms Mayorga’s lawyers will be finding a way to get to it in a ‘legit’ way now they know about it. Think this will be extremely difficult though, especially now that it has been published. Hopefully there will be some other evidence, as Ms Mayorga did report the assault at the time, but I share your overall pessimism, unfortunately. Real shame, because you want to see him and his “team” of fixers properly swing for this.

Will definitely listen to the piece with the journalist, thanks for the link. Think the way Spiegel have handled this has been pretty spot on so far. Difficult to say anything comes out ‘well’ in a situation like this, but think they have (I’m assuming they are not the ones that originally published the questionnaire though…)

What I don’t understand is why Ronaldo is unique amongst all the men accused of sexual assault recently, that football journalists are apparently completely unable to talk about it, except for when it’s on the front page of a newspaper? Feels very… hmm.

If it was another industry (e.g. showbiz) there’d not only be thinkpieces out about the allegations, but plenty more pieces discussing and uncovering the horrendous sexual practices that are endemic to the ‘football community’ or whatever the hell you wanna call it. But you know no one’s gonna do that.

As I said upthread, it’s really disheartening and disappointing how little traction the original story from last year got. But from what I’ve seen on twitter, the Spiegel article etc, it’s incredibly difficult for journalists to reference this stuff through fear of legal action. Even now, the pieces are so cautious and fail to mention some of the most pertinent, damning details.

I’m just really sceptical that it’s so difficult legally that they can’t say anything about it at all. I’m sure journalists are getting instructions from their editors, but to me it feels like a form of cowardice, and a feeling that this isn’t their fight. Plus, see my other post about how they should really be using it as a catalyst for something much broader.

isn’t the beef not whether or not he raped her, but that she broke the silence agreement which she was paid for

I mean, I don’t completely disagree, and I’ve got no doubt like any industry with rich, powerful, entitled men, stuff like this is absolutely rife. Eventually and inevitably there will be a lot of stuff exposed. But Weinstein sent a house of cards tumbling, exposing others in his industry and empowering victims to speak out. At present… that just hasn’t happened (yet) wrt to football.

The old guard have shown they’re absolutely ill-equipped to deal with something like this and they’ve shown that so often with other social issues, race, etc. But it’s getting better and writers like Daniel Taylor have done some brilliant, necessary investigative work in recent years and there are lots out there who would treat something like this properly. It’s very hard to write any thinkpiece on this one specific case (so far) without it being libellous, and potentially dangerous wrt to damaging a prosecution case