I have attempted this since it released, which from memory only was just before Ghost Town, by The Specials. I could always complete one side. It was a real phenomenon when it came out and I love the sound of it moving.

The reason I am posting this is because, over the last few days, I have become dangerously close to completing it, for the first time ever. That surpasses any computer game. 4 decades of attempts.

I taught myself using a guide last year, so now I can do it in a couple of minutes. I’m a bit rusty but this has encouraged me to brush up.

Would never have been able to do it with no instruction.

I have found that I can get it so close to completion apart from the one side.

I remember a kid at junior school, and I won’t be cruel, but he wasn’t the brightest of people and he would complete it without even looking at it in under a minute, from any state. We were all in shock at what he was doing, Wizardry.

I know it is in a close state, but that last side and getting it to sync, I know it’s about the corners (I think).

Elation when this drops into place is going to beat Dark Souls. 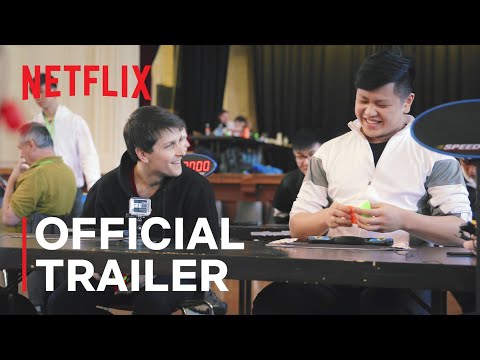 This was really good, I assume it’s still on Netflix