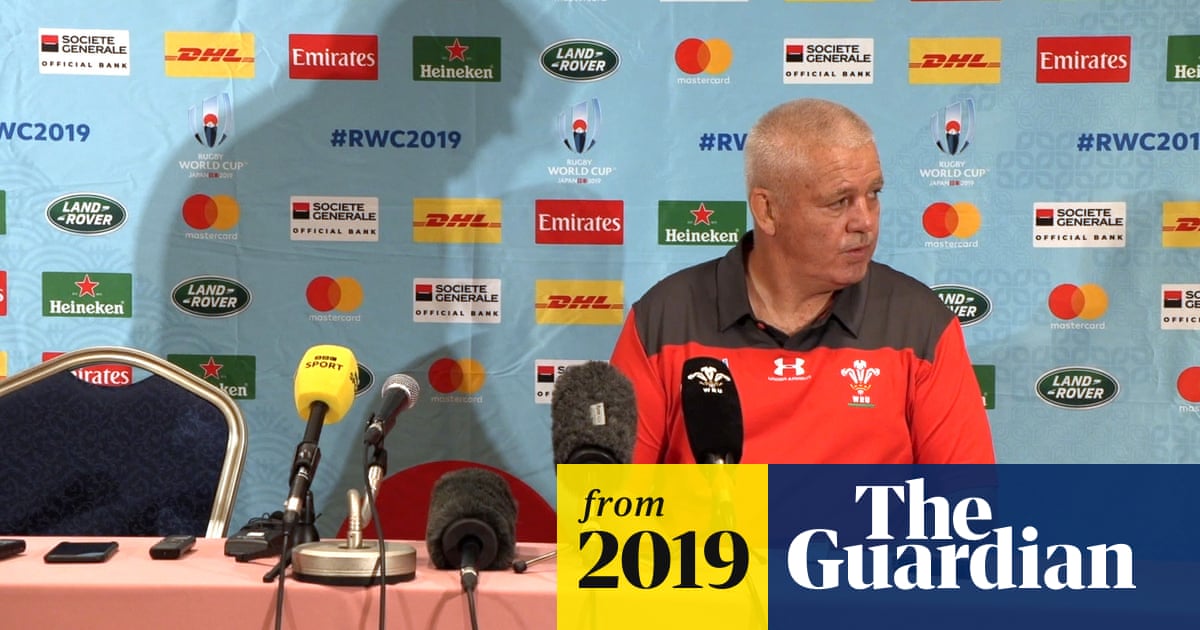 I’ve got a horrible feeling this is going to be a complete shambles from Wales and an early trip home.

Very envious of 2 mates who are spending 5 weeks out there.

Every 4 year cycle, the chilling fear of England getting near that trophy bubbles up inside like a black ichor

Thinking Scotland may also get pumped off Ireland and Japan and be on the way home after the group stages. Here’s hoping that’s not the case

That would be amazing. I went to Japan last year a lot of people seemed to be getting really into rugby.
Walked into a random bar in Tokyo and it was full of London Irish stuff. Got some free drinks for bringing up the South Africa match at the last world cup.

If things go as I think they will then it will be England v Wales on the morning of my wedding.
Will be trying to forget about rugby and enjoy the day if Wales win but picked bread of heaven for the service as it is one of the few hymns that I know.

I carefully booked to be on a flight to Tenerife during the final. beyond that, I quite enjoy having morning games, as it means I can get them out of the way before any of the plans for the day kick in.

Not sure what to expect from this World Cup. I bet Australia are going to be really good or something horrible.

Three of my mates are going out for it, one is flying this morning. My ATD who works for the IRFU is stuck in Ireland and he’s raging.

Going to avoid watching all the Irish matches as it’ll be hugely biased, Fine Gael-voting, Irish commentators on each match. All the games are on so early that I’ll realistically see only about three matches.

All Blacks so far ahead - but hope they choke

Japan looks like an amazing place to hold a World Cup but having all the games outside of pub hours is rubbish.

Remember when the WORLD CUP!!! was in NZ and all the pubs opened early. That was nice

Morning drinking is a fun novelty but I’m not really a fan. Quiet looking forward to Wales v Australia falling on my welsh father in laws’ birthday though. That should be a fun morning pub jaunt.

eh? no way, its one of the most open tournaments in a while.

Retallick is crocked (our best player). I know he’s apparently meant to play later in the tournament but he’s coming back from a dislocated shoulder, so he’s one bad tackle or clearout away from disaster.

No one really knows what our best team is either, if Mo’unga or Barret get injured then we’ve no specialist fly half.

Could never imagine you saying that about the cricket World Cup. Are the trans-Tasman brotherhood rules different for rugby?

For me its situational, 2 most hated sports teams in this order: English Rugby, Australian Cricket.