I’ve been spending rather too much time reading about conspiracy things in recent times, and I’ve come to realise, after a certain level of digging, you tend to reach a bedrock of “Satanists did it”.

I’m interested in conspiracies from what I think of as a materialist sense - like, I think capitalism as a structural force shapes our world and that the behaviours of wealthy elites fits into that, and that many conspiracies can be explained as a function of this. I can’t make the leap to “People manipulate these bad things to worship the devil”.

Don’t really know where I’m going with this. Just find it interesting but can’t exactly bring it up in my morning work check-in.

A classic of the genre:

You can talk about how avarice and sin can be easily applied to global elites but I think it’s simpler than that frankly.

I just think a large part of middle America struggle to see literally anything outside of the confines of the evangelistic Christianity boom from the early 80s onwards. A sort of comic book style good v evil mega war endlessly happening predominantly in their own minds.

love a bit of satanic panic. 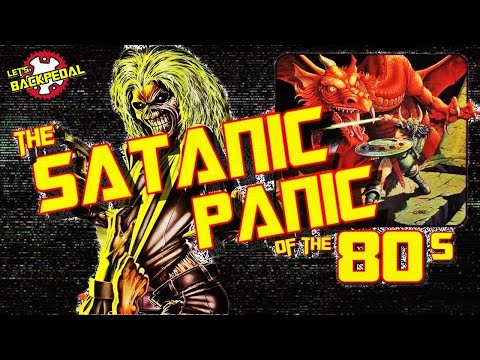 Also i think this was Tom Hank’s first movie role playing a guy involved in it, in “Mazes & Monsters”

The Netflix doc on the journo guy investigating berkowic is great on this.

I guess muscular Christianity has been a centrepiece of US thinking for a very long time, when you think about all the new religious movements of the 19th century (Mormonism, seventh day adventism etc).

But this is part of what confuses me, a lot of the people who talk about this Satanism as a real force don’t seem to have a response that is based in a traditional Christian or at least Abrahamic way of thinking. It’s not like “Epstein had a temple on his island to ritually kill children in the worship of Lucifer - we must respond with prayer and unswerving faith in Christ”. I can’t work it out, it’s like they think the Satanism is real and specific but the actual evil is broad and generic and just generally malignant - maybe because they know how kind of parochial and Western it would seem if their answer was Christian faith.

Obv paradise lost 1 is well worth a watch if you havent seen too.

But feel like you’re talking more about like pizzagate stuff or people pointing at a beyonce video and going ‘illuminati’ or whatever. In which case… shrug.

It was incredible. like this bit of the priest court case… 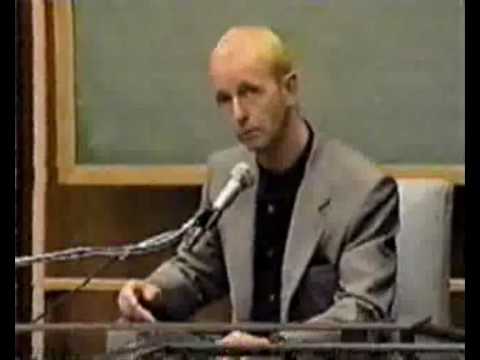 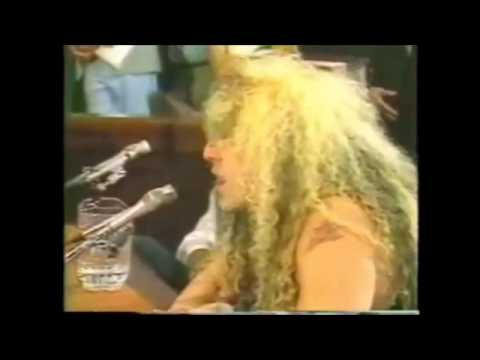 These discussions are incredible. How Dee Snider held it together i’ll never know. He does so well

So a key text for a lot of modern conspiracy thinking is Programmed to Kill by David McGowan. The kind of central thrust of the book is that the explosion in serial killers of the 1970s, like Son of Sam, was the result of CIA mind-control experiments like MK ULTRA, which is pretty out there but I can kind of rationalise. Then the underlying thought is that it’s about creating terror, traumatising a population in order to further authoritarianism, the usual stuff.

I think in order to believe that an omnipotent being is about to end the world and destroy everything that doesn’t believe in him, you need to look at everything in the world and go ‘‘well, this is obviously all evil, this is all devilry and needs to be destroyed’’. Because otherwise that would put your religion in the wrong. Cosmic genocide apologists, to be honest.

Have you heard of the McMartin pre-school case?

The McMartin preschool trial was a day care sexual abuse case in the 1980s, prosecuted by the Los Angeles District Attorney Ira Reiner. Members of the McMartin family, who operated a preschool in Manhattan Beach, California, were charged with hundreds of acts of sexual abuse of children in their care. Accusations were made in 1983, arrests and the pretrial investigation took place from 1984 to 1987, and trials ran from 1987 to 1990. The case lasted seven years but resulted in no convictions, a

I think the “logic” here would be that the most outlandish claims (underground tunnels, people flying, satanic rituals) simply serve to discredit witnesses and therefore cover up actual crimes.

The US went full on batshit post world war 2.
Like it there was evidence come out that the mothman is real and happened due to some paperclip and more ultra mash up I’d be full on. “Knew it!!”