Little droids delivering shopping. I really don’t like it. Creeps me out.

You got an opinion on this?

Aren’t they really just remote controlled cars rather than robots?

I’m not sure I didn’t see anybody nearby, they were just driving on their own and they come to a stop when somebody is near them

what happens if they forget to charge the battery all the way and it loses power in the middle of the road or blocking the pavement for vulnerable people?

By basically being developed by car manufacturers or spin offs of computer firms robots in our world basically only exist to exacerbate the gap between rich and poor tbh.

They wouldn’t stand a chance on the streets of Belfast, someone would kick the fuck out of them

If a robot could shag a flag it would (upon command). 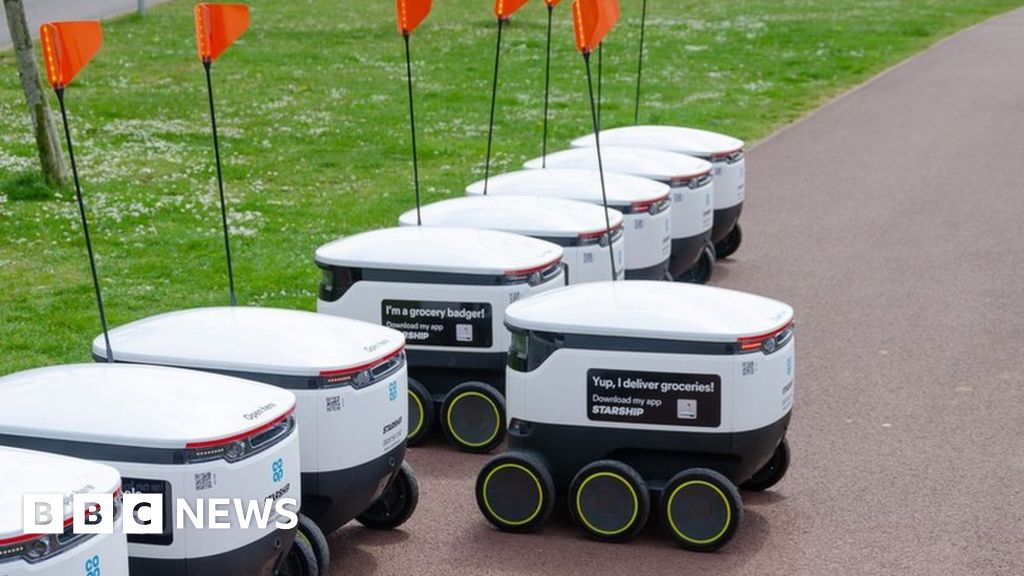 A recently built community is looking at whether robots can cut car journeys.

I feel so betrayed

Yeah but I think they’re controlled remotely, they have a camera on the front and some poor sod in an office somewhere is actually driving it (actually seems like a job I could do)

Wall-E is a documentary

I’m not sure, according to that article:

They use a combination of sensors, artificial intelligence and machine learning to travel on pavements and navigate around obstacles, while computer vision-based navigation helps them map their environment to the nearest inch.

is it just one persons shopping then return to basecamp to restock?

I know that is a worry

this is not going to take off 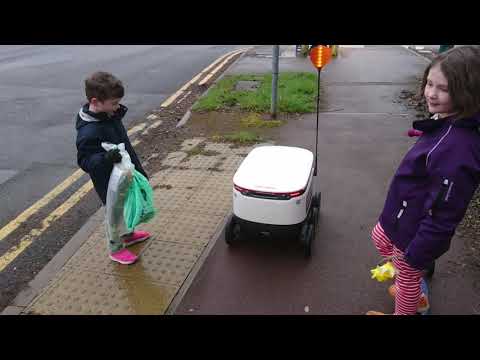