in the same show, my mates and me did the story of Tiddalik the Frog, ending by spraying everyone with water pistols, which was of course GREAT fun for a bunch of 11 year old boys

also was in a choir at secondary school for Oliver! amongst other things

played in royal albert hall when I was 15 too

And after all, you’re head of Key Stage 4

Sang three lions with a cardboard guitar kill me now

played in royal albert hall when I was 15 too

did you lock eyes at any point with the queen?

Posted this before but was Hansel in the performance of Hansel and Gretel and I look like a bouncer. They made me put on a German accent and everything. There were songs.

They made me put on a German accent

played one of 2 narrators in a show at intermediate. had just seen the matrix so insisted my costume be a long black coat like neos. would have looked proper neckbeard. cringe just thinking about it. especially when you consider the show was cinderella, which also had “the boys” perform “the boys are back in town” with black sun glasses etc in a diner(?)

in year 2 I was the unnamed main character in our performance of The Snowman
also used to give readings in church for the harvest assembly and stuff like that. weird how i wasn’t socially anxious at all back then

I remember that at the end of primary school my class sang a version of the spitting image chicken song (which was a hit at the time) with lyrics repurposed to pay tribute to our teacher. I can’t remember any of the lyrics unfortunately

At my school the year 11 leavers put on a ‘rock mime’ for the rest of the school every year - dressing up as pop/rock stars and ‘comedically’ miming a performance.

When we did it I was one of the women in Ace of Base.

Unfortunately there is no photographic evidence.

One assembly performance of Oliver! had a teacher yelling from the hall

And then walked off

In year 5 we did a performance I can’t remember anything about other than that it ended with the entire class dancing to the Men in Black theme (with sunglasses, obvs). The dance had nothing to do with the play and was only there to pacify all the kids who couldn’t sing or dance and therefore hadn’t been involved up to that point. It was supposed to be coordinated but the teacher soon realised that wasn’t going to happen with the available talent, so we were just told to do some “cool” dancing. Really impressed with any parents who kept a straight face as their kids flailed about and crashed into one another as they tried to look cool (although Sam could do the worm, which was pretty cool in fairness).

Oh and once in like year two we all had to stand up and recite our address for some reason. Simpler times.

Went to of CofE primary school and once had the leading role in the performance of the Easter story, you know, Jesus. Had to ride in to the church on a donkey while other characters threw leaves then stand for ages up a ladder pretending to be crucified. Would have been about 9 or 10. Pretty traumatic actually.

In the school Eisteddfod, I was the red house captain, so I got a bunch of people together who played a bunch of different instruments to do a cover of dEUS’s Suds & Soda for the rock band category. 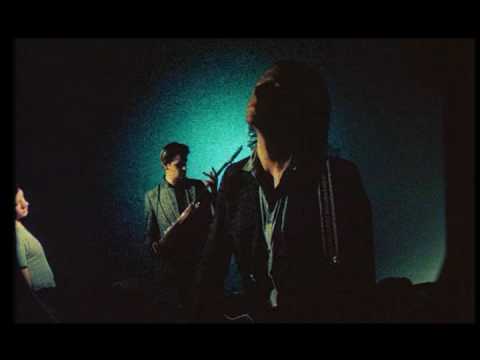 Naturally, we won, since including a violin and keyboard alone was enough to dazzle the room and it was easily the highlight of my school years.

Unbeknownst to me, this was not the only Eisteddfod event. Sure there was this one in front of the other school kids, with the rock band category being the only one most people (i.e. me) gave a shit about, but once that day was complete, it wasn’t over. What many outside of the competition didn’t know is that in addition to this event, there is also a special later event for the parents where the winners of all the categories play to them so they can congratulate themselves on raising such talented children, or not as the case may be.

As house captain, I asked the rest of the group if they were available for the parents’ performance, and about half of the group wanted nothing to do with it as it was way too uncool for their image. As someone who was resoundingly uncool, I found this news very frustrating, but no matter what I said, those who weren’t interested wouldn’t change their minds.

Instead of making a contingency plan, I thought that as the time approached, they’d eventually come to see my way of thinking, so decided to make no plan B whatsoever.

Fast forward to the day before the event and now we have barely a band, no drummer, and no plan or song. There was no way we were going to be able to do Suds & Soda with this skeleton crew so I accepted it was time to create a plan B.

Creep by Radiohead. I would play drums.

I didn’t have a drumkit, nor play drums but I figured that Creep was an easy enough song to play based on the slapping of thighs and tapping of feet that I had done along to it at home. We had no alternative, so it was either this or nothing.

The next problem was finding a drumkit.

Well unbeknownst to most of the schoolkids, after explaining my dilemma in computing class, smelly Mr Jenkins revealed that the school, in fact, owned a drum kit. He did, however, say that it was not in the best of states and that if we had any other option, we should go with that. I assured him that the beat was simple enough that the most rudimentary kit would be sufficient, so he showed me the kit.

The cymbals were literally split in multiple places, there were holes in the snare skin and all of the toms, but the best part of all was that at some point a long time ago, the bass drum pedal had broken off its beater (is that the term?), and in an attempt to repair it, someone had duck taped a glockenspiel beater to the kick drum pedal mechanism, which looked so pathetic it was laughable.

Undeterred, I went ahead and set it up with smelly Jenkins’s help anyway.

The rest of the band could play Creep in their sleep since it’s such a simple song anyway, but I was nervous as fuck on the evening itself. It would be my first drum performance and it would be on the worst drumkit of all time. The only time I’d played drums before was sometimes when the drummer from my real band would go for a wee.

With my eyes down, trying to make as little eye contact with anyone as possible, we started playing the song.

Surprisingly it didn’t actually sound that bad to start. Not good, but under the circumstances, could be worse. However, something started happening that no-one had told me about. It turns out that drumkits tend to have things like a bit of carpet under them as the physical force of hitting them can cause them to slowly move a bit. This creates friction and stops them from moving. This drumkit was directly on the smooth wooden planks of the stage. As I started playing, the kit crept forward bit by bit until my leg was fully outstretched and my arms could just about reach. Whenever there was a gap in the drums, I’d quickly try to pull the kit back, realise it was too heavy and cumbersome, so instead, just pulled my stool closer to it.

Essentially, while the band were playing the song there was the added interest of watching the drums wandering slowly around the back of the stage, the same drums with a bass drum sound that was reminiscent of someone flicking an empty pack of crisps.

We ended up getting to the end (technically) and even got an applause from the parents at the end, but I can only imagine the parents who didn’t know the back story wondering “How fucking bad must the rest of the bands have been!?”.