Everyone’s in action now - Celtic in CL qualifiers, Rangers, Hibs and Aberdeen in EL qualifiers, everyone else in the league cup.

It’s shaping up to be an interesting season - feel free to give an in-depth account of your club’s situation below, but a brief overview of the top clubs:

That covers last season’s top 6 anyway, but obviously we have to mention Kingsley’s lads - Partick Thistle will hope to rebound straight back up from the championship after being relegated last season. If only they could convert indie points to actual points.

Genuinely very excited about this season, should be very entertaining.

Really quite looking forward to Aberdeen v Burnley. Feels relatively rare that you see a fixture for the first time on telly nowadays. Very tricky tie for the winner over two legs.

Obviously there’s a lot of naysaying about Gerrard south of the border, but some of the signings seem quite exciting and it feels a bit vintagey in a way. I’ve no real liking of Rangers as a club, but some of my very earliest football memories are of them in the very early nineties when they signed a few players from England. Rangers v Leeds was the first televised club game i can remember.

the patter will be way more on point at least 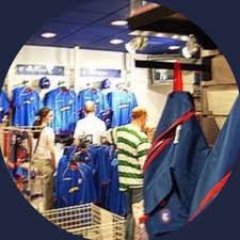 Very hard to say how we’re gonna do this year, surely Dundee United can’t keep fucking it up? But then we’ve also got Ross County, Inverness and Falkirk down there, with Queen of the South and Dunfermaline not exactly being pushovers either. It was good while it lasted

And obviously Motherwell, the Pride Of Lanarkshire, will be trying to emulate their non-Celtic cup dominance for another season.

I’ve actually fallen back in love with Scottish football over the past few years.

oh speaking of your boys, how amazing is this video?

@MotherwellFC
We need to talk about suicide. A number of young people close to us have recently lost their lives. We want others to know that there is always another way and help is available. bit.ly/2uyIetR @nlcpeople https://t.co/oMFWPhKC2n
2 Likes
richie 24 July 2018 12:31 #9

Going to go and see Formartine United vs Nairn County this Saturday. First game of the new Highland League season.

@queensparkfc
90' We've seen some strange things at Hampden but St Mirren keeper Craig Samson has just been forced to remove what looks like a dead squirrel dropped onto the pitch by a seagull. Entertainment at its best.
7 Likes
Jamos 25 July 2018 20:20 #11

It’ll be interesting for a wee spell but I suspect given Rangers’ early fixtures that the writing will be on the wall very quickly.

Hopefully it’ll be competitive for a good long while though.

Yep, not sure that the Rangers will do much this year with that squad. Hope the Dons can give them a good hiding in Gerrard’s first game.

Last night was squeaky bum time. I didn’t get to watch it but apparently Edouard (I refuse to call him French eddie) was sublime and his second goal Larsson-esque. Despite some significant injuries, it sounds like last night’s side were a delight.

Agree with MrDingdong that this season could be very very exciting.

It’ll be interesting to see if the rangers rise to the challenge tonight. (for the sake of a harmonious household and our coefficiency scoring, I hope they do.)

first 20 minutes we were a bit ragged, after that and the second half in particular we looked great though

I posted upthread about falling back in love with Scottish football. One of the reasons for this is I feel I can still relate to the players and the clubs. The salaries for most of the players aren’t eye-watering compared to down south, the transfer fees that are paid for players are fairly reasonable and most of the teams live within their means.

And today I read that Derby are going to pay £8 million for ex 'Ger Martyn Waghorn (yes, £8,000,000). This just reinforces my feelings for English football and how out of touch it is for the regular fan.

McCoist’s headed goal in the second leg at Elland Road was a thing of beauty.

8 million for Waghorn?! That is mental.

this is pretty small time lads And today I read that Derby are going to pay £8 million for ex 'Ger Martyn Waghorn (yes, £8,000,000). This just reinforces my feelings for English football and how out of touch it is for the regular fan.

the decline of English football.