An amazing young prospect at one point, being tipped for bigger things within the Premier League, but then that deal never happened and either because of that and/or possibly some heavily rumoured personal issue that was never fully confirmed or denied, his form and, seemingly, career, fell off a cliff.

Had a loan spell at Bournemouth this time last season but didn’t do much there, and has barely played in two seasons, so honestly, at this point, nae idea. 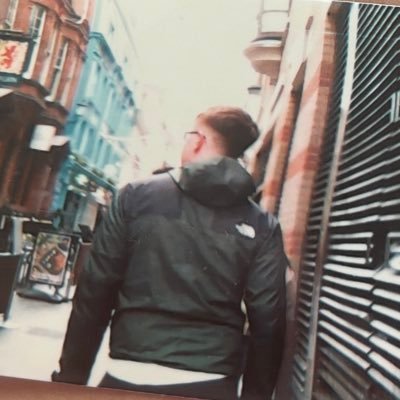 Absolutely bonkers offside given against Aberdeen there. Completely inexplicable.

It was a terrible decision, right enough.

Very funny result though, if they hang on. Nothing against aberdeen particularly but always good to see a plucky underdog make a go of it - my mate’s Dad is Darvel born and bred but says naebody likes them.

I work with someone from there, but until this round had no idea there was a Darvel football team.

mm yes, I was at that game lol

Outplayed for a good chunk of the game.

Plenty against Aberdeen. Twats only ever get their finger out against us.

That’ll be Goodwin away then.

As big a shock as that is on paper, I reckon I’m not the only Aberdeen fan who felt that was inevitable. Only a few wins against the run of play have us where are in the league.

So that means Darvel are better than peak Dyche’s Burnley

Hats off to them - that is an absolutely incredible result. When was the last time a non league team knocked a top flight one out of the Scottish Cup? I can’t recall it happening in my lifetime, though I was only born in '85 a few weeks after the last non-Old Firm national champions became… Aberdeen @ReportRovers
@ToddCantwell_10 Rangers over Blackburn. Shame people will forget the name, a career that could of been. Sad to see 🙃

@Achallader
@ReportRovers @ToddCantwell_10 I think @ToddCantwell_10 will not in anyway care he has arrived at the quintessential British club and if he plays to his potential like Ray Wilkins he will get Ibrox rocking and millions talking not thousands he would at Blackburn. Rovers do not compare to Rangers in anyway. Goodwin’s made it past 6pm, which I wasn’t expecting. Almost 30 years of following Aberdeen and I’ve never seen a manager so disliked by the fans. Even the most bitter sackings have had a few people arguing against them, but I’ve not seen a single person defend Goodwin.

was doing the rounds on a coupla whatsapp groups yesterday, big fan of this