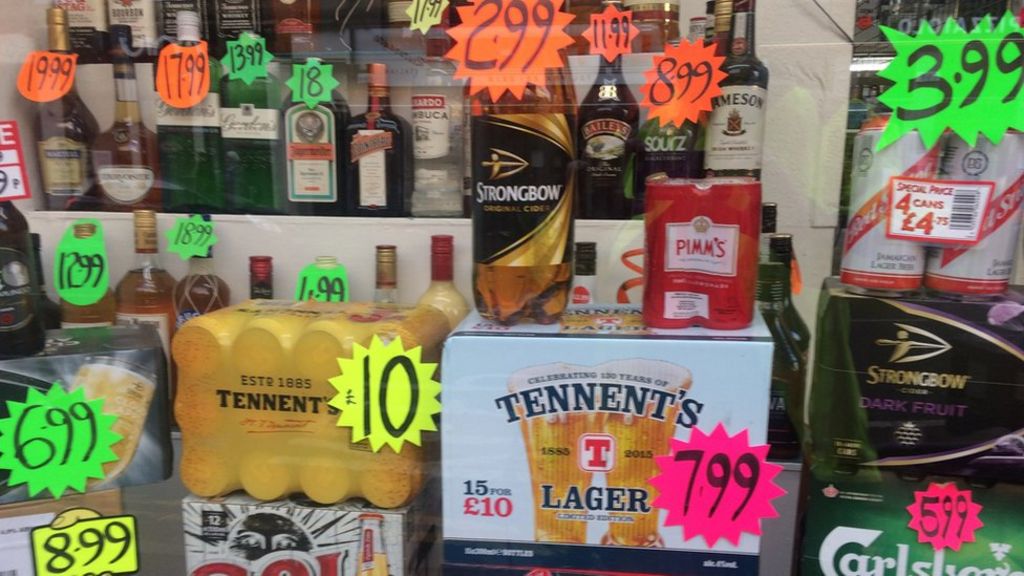 Scotland is set to be the first country in the world to establish a minimum price per unit of alcohol.

Not sure how I feel about this. Considering it is only really aimed at your White Lightnings etc, is this not just going to make alcoholics more out of pocket or push them to more dangerous alternatives?

Housemate is doing a masters in Public Health and this has cropped up a few times in our conversations about her course. Like Jordo says, it’s basically a tax on the poor.

Is it an intentional tax on the poor, or an attempt to fix a real problem? Would be inclined to see if it works before judging.

The empirical evidence underpinning this is that by making low-price alcohol a bit more expensive, you do reduce alcohol consumption and alcohol-related harm.

More or less every study I’ve read equates harmful use to decline with better economic equality, not being priced out. Take any number of third and second world countries where everyone’s very poor but still get wrecked.

I agree with this in principle, but if aiming for a culture change, you’ve got to offer free access and encouragement to an alternative activity to replace it.

Firstly, it’s not a tax. I appreciate it’s a turn of phrase, but don’t think it’s helpful.

Secondly, it’s designed to target people who drink harmful amounts of alcohol (a mixture of low and high income people), who as a group purchase the vast majority of alcohol sold under the proposed minimum unit price.

So I guess the policy decision comes down to - should we try and help low income harmful drinkers by using a method shown to reduce their consumption of alcohol?

Sorry there’s a typo in this - middle para corrected:

The empirical evidence tbf is gash.

(that’s actually unfair. It’s just that the sheffield studies are really disordered, and in their various iterations they reset the parameters of its review umpteen times- and the court has got rather mixed up as a result.)

the evidence is obviously varied in quality but the actual policy analysis and model explicitly takes this into account and has a meta-analysis of over 100 primary studies driving it. so not ‘gash’. All of the high quality quantitative data from around the globe points comes to a very similar conclusion regarding price elasticities, the reduction in alcohol consumption and the follow-on impact on alcohol harm.

I thought the point was that there was no high quality qualitative data.

posted before seeing this.

Don’t think it’s fair to say the Sheffield work is ‘disordered’. Maybe I’m being needlessly defensive because I used to work with that team (not in this area though). It’s always been evolving as the work has progressed, other studies have reported, and coupled with the constant issue of trying to support national health policies around the globe and their shifting and politically driven needs and requirements. It’s a complex thing, not something that can be summarised as ‘gash’, or ‘a poor person tax’.

R.e. your other point, can see how the court will have got a bit confused by various iterations/assumptions

I’m rather aware it’s complex thanks, I gave a legal opinion on it.

Be quite interested to read this empirical research that you mention…as I currently don’t feel like I’ve got a good enough grasp to dive into a debate head first.

I do come at it from an emotional standpoint, as someone who has been a “functioning” (depending on who you ask lol) alcoholic for some time…I have an anecdotal/qualitative view but without many public health facts.

A couple of things have raised alarm bells with me though; firstly, the main attempts to allay fears have been to say “don’t worry, this won’t affect a draught pint in the pub, just your super strength 3L bottle of cider”. It’s almost as if ministers know that if they placate the casual drinkers… they’ll forget about your problem drinkers who physically need those 3 litres.

Secondly, there is absolutely no joined up thinking with regards to replacing alcohol. There are huge perpetuating factors with alcohol abuse…and it’s a huge risk for many to give it up without filling that “void”. Talk of reduce consumption alone is irresponsible, frankly.

And thirdly, I’ve been reading that the Scottish legislation, in contrast to Canada, means the increased money intake all goes to the retailer (as opposed to the state)…so there’s a pretty big incentive to push alcohol sales even more, I’d say.