In the wake of this article regarding lasting mental health for those who were involved in scouts/guides as kids (apparently the research is adjusted for societal factors, but who ever really knows with these kind of stats), anyone interested in talking about the scouting/guiding organisation in general? 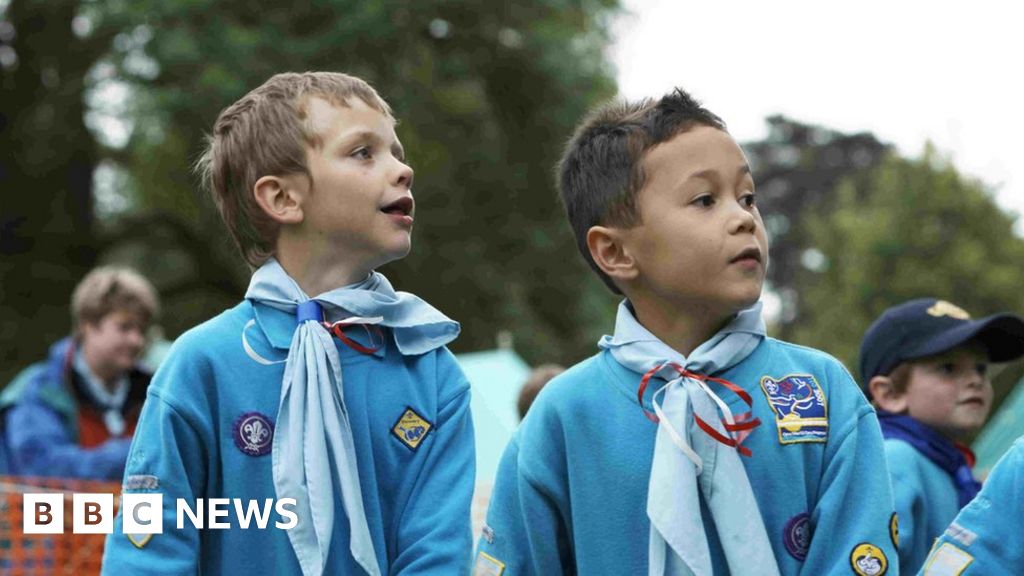 People who were in the scouts or guides in childhood have better mental health in later life, a study suggests.

Scouting has always sort of had a bit of a reputation for being slightly twee/rubbish in my mind, but nonetheless plenty of kids are involved at some point in their growing up. I was a cub when I was at primary school and although it involved occasional church stuff which I wasn’t a fan of, the opportunity to do stuff like archery, football, go-karting, air rifles and the like punctuated what otherwise was a bit of a boring semi-rural childhood. Plus earning badges and stuff. Joined the scouts when I was old enough but only lasted a couple of months as it felt like too much of a demotion going from top dog (well, ok, a sixer) to being a total junior member again.

Does scouting/guiding still have a place in the 21st century for kids? My step brother is a scout leader and seems to enjoy it very much - he’s great with kids and has got to travel the world doing scout stuff which is not to be sniffed at. Plus I think they scaled back on the god/queen angle a bit these days. When my kids are old enough I think I would definitely float the idea past them to see if they were interested, as if nothing else it’s a good way to get them away from the virtual reality/legal highs/whatever it is that kids are into these days.

me and a few mates joined the scouts briefly so we could play football through the summer. Bagged 9 in an 18-1 win on my debut. Bunch o’ nerds

I think i tried the beavers and the cubs for about a week each. I couldn’t cope with it.

My mum got thrown out of the Girl’s Brigade for being bad. I’m especially not sure why she joined it seeing as my grandparents were (unenthusiastic) Catholics.

I was a beaver, cub and scout growing up, being one of those spoddy types who had an armful of badges, bronze silver and gold arrows, Chief Scout’s Award and Chief Scout’s Challenge. I got the mick taken out of me a little at school because of it, but it allowed me to do things that I’d never would have had the opportunity to do otherwise (like you say, archery, rock climbing, going on ‘holiday’, canoeing etc), and also I learnt lots of practical skills too.

I think the appeal of scouts and guides might be limited in urban areas where there is lots for kids to see and do, but in a little rural town with nothing for kids, it did a lot to relieve the boredom.

My brother is still involved as a leader and gets to go to some amazing places (Andaman Islands, St Petersburg, Croatia in recent years) through it.

Got Scouts was sooo boring. Our Scout leader was a bus driver, so we spent many hours looking at bus timetables and planning imaginary journeys around Shropshire.

Was also sick on most of the Scout Camps due to under-cooking on those camping stoves. Once, half-asleep, vomited over five other scouts in the middle of the night, went back to sleep and we all woke up covered in my vomit. Beyond grim.

I was in the Cubs from 7 to 10, and I loved it. I went to a very small rural primary school (maybe a sixty kids in the whole school, perhaps a dozen in my year), so the pack took in a bunch of local schools, so even just widening the amount of people I got to know was really cool. It was a blend of idyllic, Famous Five type shit - cooking on camp fires, shooting air rifles and bow and arrows, building our own shelter in the woods and sleeping in it - and also pre-pubescent boys bonding, taking swigs from a leader’s unattended beer, trying to “smoke” newspapers rolled up to look like cigarettes, wildly wrong chats about what sex was. Think it was a really good experience for me, as someone who was naturally shy, and I really appreciate doing it.

I was in the Beavers but refused to move over to Scouts as seemed a bit too ‘hippy’ for my liking, seem to remember everything was Jungle Book themed and the one day I went before packing I got a nose bleed and several situations at that age that meant DANGER so never went back. I was also banned from Sunday School after the 3rd time as my mum was told I was too hyperactive…technically their fault as they held it in the same hall as I would bomb about for Beavers/Boys Brigade so no way am I going to sit down quietly and colour in pictures of ‘God’ after I had just sat for an hour in silence finding out about ‘Jesus’

I had a friend who was in the Boy’s Brigade rather than the Cubs and I never understood why - it has a religious affiliation, right?

cub from say 7-9, but left after one of the most embarrassing moments of my life.

we were in that circle thing doing that weird code thing and I was feeling really sick. I basically puked in the middle of the circle, everyone laughed and I legged it home, crying my eyes out

AKELA WE WILL DO OUR BEST!

My dad always said that the scouts were basically the Hitler Youth (my dad’s english by the way). So I’ve always kind of believed this.

my sect of rainbows/brownies was massively religious. probably only went for about a year or two. everything revolved around the local CofE church, which was tiresome and it was generally not enjoyable that everything we crafted was for mass the following sunday, or we had to spend time setting chairs up for sunday schools.

Did Beavers and Cubs, went to Scouts for about a month and then jacked it in.

my dad always said beavers/cubs/scouts was ran by paedos, but sea scouts was the most rife with paedos. dunno what anecdotal evidence he had to back this up cause he was never a scout.

Tick all that you were in

Where is @scout, did she not make it across. Is she ok? (this question is not solely for urbanfox)

Was a cub for a full term - got promoted through being seconder and then took the big job of being a sixer. Got all my Arrows (Bronze, Silver & Gold) and a sleeve full of other badges. Went on a couple of camps and had hi jinx and a jolly good time. Went on to scouts - left after 3 weeks.

Good and are you ok?