Just started rewatching this and enjoying it a lot more than I did when I saw it first. Maybe cause it was on E4 all the time and it got boring but having not seen it for years, it’s pretty good stuff imo.

It’s a show that can’t get no love from me.

Yeah it’s cheesy as fuck and one of those shows where the lead character is the least interesting thing about it but a lot of it is silly and fun imo.

Think it’s really underrated, and up there with the very best long running American sitcoms. For consistency and actual emotional engagement gasp it beats out a lot of your more acclaimed Parks and Recs, Communities etc

Also I’m sure on a rewatch some of it would be cringe or needlessly joking about homoeroticism etc, but think it was still properly good about showing such open strong platonic friendship between two men, and that basically being the most important relationship in their lives

I caught an ep there the other day, liked it as a teenager but think the humour’s aged considerably tbh especially around gender / race / whatever the joke is with The Todd.

That being said I once went to see The Blanks barbershop quartet and got a hug from Ted, which is something I’ll always remember.

Dr Cox being some sort of tough love hero when he’s just an abusive shitty boss is v yikes.

A lot of the silly humour was very good tho, and I do remember liking how it seemed like every side character got their character expanded upon in increasingly absurd ways that actually made them funnier instead of wearing them thin.

You see a lot of sitcoms that get zanier as the seasons pass and it feels like a disappointment, but it felt like Scrubs was doubling down on all the best bits.

Probably true, but I just judge on whether it’s aged worse than contemporaries, and on that front I think it holds up alright 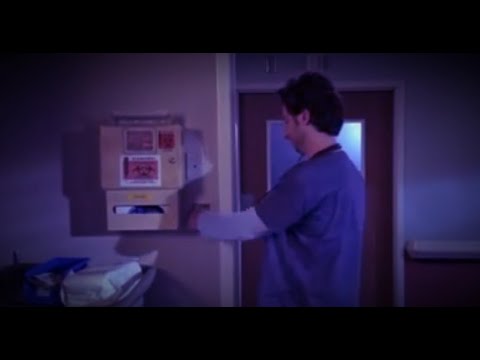 That’s true, practically every 90s/early 00s sitcom had a core joke plotline of the main characters being paranoid they seemed / were gay in any given situatation.

Also pretty certain JD’s constant fantasising to the point it infiltrates his real life was ripped off wholesale for Fleabag.

Yeah the Dr Cox & Jordan relationship is quite clearly the basis for Ron & Tammy in Parks and Rec too.

just so you know for your rewatch, the final season absolutely does not exist

Oh I’m more than aware. This is the same Disney+ who keep trying to tell me there are more than 9 seasons of The Sinpsons.

Used to really like it and I know it’s probably bad and annoying etc but I still watched all the way to those seasons in the doctor university and cried at all the sad parts. I’d probably use it as a comfort watch/background show if it was on netflix. Overly earnest stuff is good sometimes.

would really like to hang out at that bar they sometimes go to. an under appreciated tv bar.