Yeah they’ve always got massive pitchers of beer and I want one.

I use wrong wrong once a week really

whatever joke with The Todd.

It’s that he’s a chauvinist and his behaviour is never rewarded.

I think there’s frequent jokes about his ambiguous sexuality that’re a bit off.

still use the following with my brother

“hiya beardface” “its beardfassay damnit” if one of us has a big beard
“good splotchy dr splotchy” when he has a bit of eczema (this is FINE not bullying, we’re having fun together)
“why is there silverware in the pancake draw? wassuuu” when someone asks why a certain thing is in a place it shouldnt be.

“and here is Mrs. Turkleton!”

Enjoyed it at the time but not sure it’s aged well, when I’ve seen bits of it more recently it feels like the most painfully 00s thing in existence.

The musical episode is great. 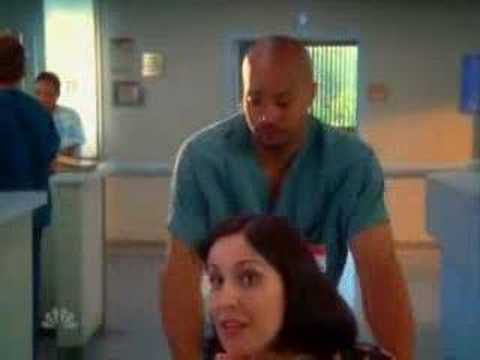 just so you know for your rewatch, the final season absolutely does not exist

my memory of it is that i largely stopped watching a season or two before the last one and when i did see an episode from then it had already gone quite bad. obviously the final season is a whole other level of bad though.

it’s very funny that the creator kept saying he was ending it and then doing another season, and then another, until it got to the point where they just cancelled it on him instead.

Used to think it was awesome, watching it back now though think it’s the corniest shit ever
Interestingly it’s regarded as one of the most realistic medical TV shows, really wouldn’t have thought that.

We’re rewatching too as we try to find something we can watch in the early evening when the kids are still up but doing their own thing that isn’t massively unsuitable if they’re in the room (though there are a LOT of sex references in Scrubs). Still find enough to make me laugh most episodes. I don’t think I ever finished the original run though.

Loved seasons 1-4, tried a couple of times to watch past that but something changed at the start of season 5, can’t really put my finger on it

JD became really goofy. I love S5 but he’s my least favourite character beyond that

Loved it hugely post uni in that sweet spot having Sky at home where you could watch it on about four different channels at some point. Was at the perfect age where the emotional bits got to me etc. At that time (2006) there was something about seeing men grapple with feelings like JD and Turk (more on this below) and occasionally Dr Cox doing the big teary bits.

Did a rewatch during Covid and found it had aged appallingly in parts and well in others.

The good - Turk and Carla’s relationship is really well done, Dr Kelso has an incredibly high laugh rate %, Ted and the Janitor. Jordan is hilarious throughout too. It’s like a baguette and the GOOD GOD with the lightbulb switch out are all timers.

The bad bits were a lot of Dr Cox (who is a complete shit for 99.999999% and should be sacked by Ep 2) but especially JD, who acts appallingly for the most part and then gets an emotional crescendo and all is forgiven (found the same issue with Tom in Parks and Rec). He spends a large part of the show basically negging Elliott and treating women terribly then crying why won’t anyone love me. Some grappling eh. The jokes about Elliott’s brother and Kelso’s son are very much off too. The noughties!!!

(The show ends at Series 6 of course)