See the National have a new song out with Bon Iver 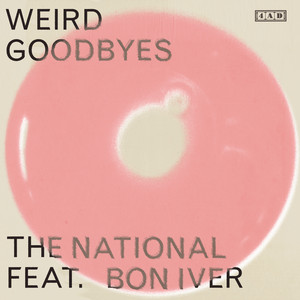 It’s a bit paint by numbers.

Be better with Taylor Swift instead of Berninger.

“Memorise the bathwater” might honestly be the worst opening lyric I’ve ever heard.

Love the national (and Bon) but this screams boring.

Im a national fan, previously a huge national fan, defended them for years against the boring accusations, but its getting harder and harder. Its really hard to put your finger on whats changed, theres just no spark

He’s quite tall, I think I’d also be intimidated if he turned up at the studio and demanded to collaborate

Love The National, hate Bon Iver. Not sure what to do here.

Exactly the same - imagined Bon would contribute something appalling but it just sounds like a really average The National song, so I’m not sure what he’s bringing to the table really. I love The National but this is very dull, and no idea why they’ve opted for programmed drums. I fear all these collaborations signal a running out of ideas.

I don’t mind Bon Iver but when I am in the mood for it. Can’t believe how rubbish this and it’s FIVE FUCKING MINUTES long.

The programmed drums worked for Sleep Well Beast but this sounds like a B-side from that album. I read somewhere that this might just be a standalone single and they’re still recording the album so maybe it’s a stop gap whilst they tour and keep their profile up - particularly as Bon Iver is a big name?

The most radical thing they could do now is go back to some of the raw, tense stuff from Alligator and Boxer. It’s all too MOR now.

Just put it on. The intro sounds like one of those silly songs you get over Rick & Morty credits.

Dunno, I thought it sounded ok. Bon Iver’s sufficiently in the background to not be too annoying. It sounds predictably like I might guess they’d sound right now… a kind of continuation of the last album’s vibe, which I ended up enjoying a lot after seeing them on tour with it. I do agree it’d be nice and interesting for them to switch it up and go back to a rawer kind of sound, but if that’s not their bag then fair enough, those old albums aren’t going anywhere.

It’s not a terrible song… not exactly exciting but i think it captures that “looking out of a car window in the rain” kind of ennui well. Bonny Bear adds very little. No problem at all with rock bands using programmed drums but when you’ve got one of the most inventive and creative drummers in rock music and you’re using a basic ass keyboard preset beat it feels like a waste.

There are few moments I liked but yeah no need for this been a 5 min track and no need for the programmed drums. Actually enjoyed their last album although don’t go back to it often

Also while we’re here - does anybody know why the System Dream in Total Darkness is the top streamed song on Apple Music? Was it on a show or something. What a nothing song for them to be number 1

This is a good point.