How was your transfer window? How do you reckon you’ll do in the month of September? Has the international break affected your fixtures at all? Lets answer all these questions and more in this thread!

Argyle’s game at Portsmouth next Monday is off due to international call-ups. Was meant to be on Sky and everything so that’s a shame. No late signings for us either despite being linked with Ellis Harrison and Bobby Duncan all summer. Still pretty happy with how we did though, rebuilt the defence which was priority number one.
3 out of our 4 games this month are at home, so could be quite a good month, one is against Wednesday and Berahino though so who knows. 8 or 9 points from 12 would be a nice outcome imo.

@moderators can you shut the August thread please.

I think our transfer window was nearly perfect - capped off with keeping hold of Cameron Brannagan yesterday despite a lot of interest. We’ve strengthened in most areas that needed strengthening, and barring Josh Ruffels and Rob Atkinson we have kept hold of everyone we should have. We’ve got ourselves into very much a ‘selling club’ model which has been great for us, but sometimes you have to close the doors and I think we’ve done that really well. Some genuinely exciting signings too (Marcus McGuane, Herbie Kane, Steve Seddon).

We’ve got a relatively tough September - Wimbledon, Wycombe, Gillingham and Accrington are teams we absolutely should be beating, but the pressure will be on and we need to show we can cope with that. If we get 3 wins out of that then I think I’d be delighted - and we’d show ourselves to be serious contenders this season.

We had an awful August, a Point away at Derby the only highlight & point. Playing against Bournemouth with a man advantage for 30 mins at home & failing to put them under any pressure to find an equaliser was a definite low point.

Hughton is on borrowed time.

The transfer window has been a thing we’ve partaken in, but still failed to address the lack of a striker who might find the back of the net, Grabban is past it & Taylor’s never had it.

Keeping Worrall & Johnson is pleasing, as is the return of Garner on loan. I fail to see the logic in selling a right-back from our academy for a pitiful amount only to replace them with another unwanted cast off from Olympiakos.

It also again shows that they are interfering in transfers and not letting the new CEO do his job, there are already rumours that he’s going to quit.

I ultimately want the owners gone, the way they have run Forest since taking over from Fawaz has only been marginally better. I don’t believe that you should be able to own more than one club.

Anguissa went out on loan which is fair enough. Far too good for this league. We look the best team in the division by miles and if we don’t finish in the top 2 we’ll have had to utterly shit it. Need carvalho to sign a new deal soon pls

Forest ended up doing a Forest in the end. Phew

Just got tickets for my first game since March 2019. Pretty bloody excited ngl.

There was a few hours where I was strolling about work thinking we’d finally had a good window, then the reality of another Olympiacos duffer and a non scoring forward set in. I wonder why the Maja deal broke down?

The only upside is that we did get Garner back and the other signings aren’t too bad. Oh, and there were only 5 not 13 like last time.

If we can stay up then the next manager will have a blank slate and a manageable wage bill. I’m hoping we stay up and get in a coach who doesn’t hate attacking.

Think we’ve fucked it tbh. Our transfer window has been a bit of a disaster, we let loads of squad players go at the end of last season which was widely supported, but haven’t replaced them at all. We’ve made some ok signings and can probably field a passable first eleven, but there’s absolutely nothing in terms of depth, got two CMs to last through to January.

Haven’t signed anyone in the last nine days or so of the window, Cotterill’s getting ratty with the local media. Already feels like we’re going for fifth bottom, which isn’t that hard usually. No great confidence we’ll manage it this time though

Nearly 2 years since this happened at a Royton & Crompton Cricket Club, the hated Oldham Board v The Fans.

Can’t believe the full thing isn’t online anywhere, should be in the Tate Modern.

Our window was turned around in the last few minutes from being extremely ropey to being potentially a pretty decent one: we had two buys that went through after 11pm (one apparently beating the cut-off by literal seconds).

Ali McCann from St Johnstone for ~£1.2m could be a hell of a signing: 21 years old, has absolutely bossed it in the centre of the park for them in some big games over the last year or so, loads of potential and both Celtic and Rangers were after him and apparently had bids knocked back. Also picking up Josh Murphy on a season long loan, who brings in some much needed pace to an otherwise fairly ordinary forward line, could be a really good move. Went to Cardiff for £11m only a couple of years back, so if we can get a tune out of him he should be a class above what we already have.

We brought Sepp van den Berg in from Liverpool who has been a revelation so far this year, plus Daniel Iverson from Leicester too who is an excellent keeper at this level. Shame we still look shaky as hell in the centre of defence (buying Liam Lindsay from Stoke looks like a really poor decision, he’s not quick enough or good enough on the ball to play where we need him to), because otherwise the squad looks in fairly decent shape overall now we’ve got Riis scoring up top and a few of the younger lads growing in confidence.

@CheapPanini
Fine. Poorly-drawn Oldham it is then. SUGGESTIONS PLEASE. Space for 36 #OAAFC icons, legends, cult heroes and all things in between. It won’t be good. 🦉 🔵 RT to spread awareness of this horror https://t.co/OCbsJTLMpS 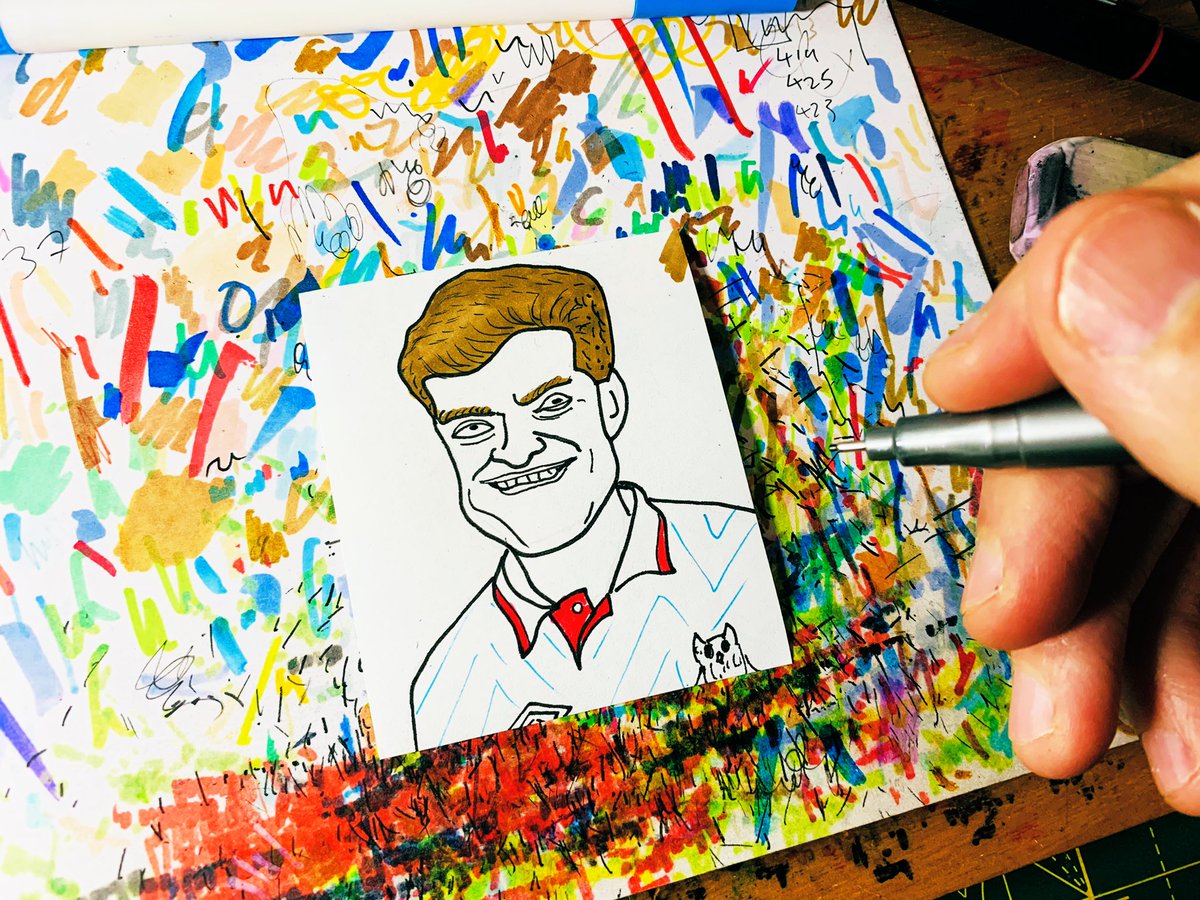 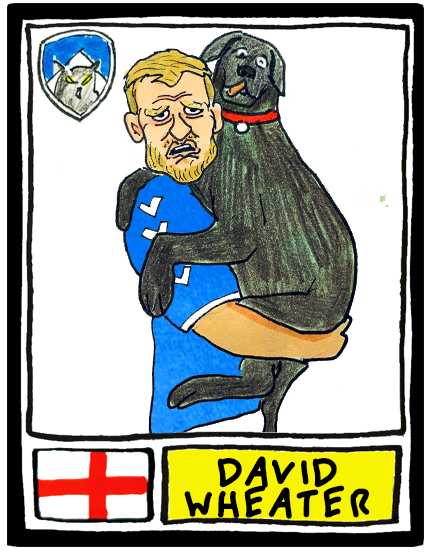 Another fine in the pipeline tomorrow?

Hopefully but, the kids have been told to stop taking their flags in and responded with this proper petty:

Reckon round the Directors Box will be fun. Being mean to the kids doesn’t go down well with the oldies that sit round us.

Fucking hell what a mess. How long before a full boycott do you think?

Probably wouldn’t work we don’t have the time for starters.

Bleeding of money through fines, tennis balls, bollocking the directors and not buying merchandise is the way forward for now being in Boundary Park getting more and more attention will probably turn things more than a boycott.

It was lovely carnage today invasions, sit downs, shouting at Mo, shouting at the stewards and more police than I have ever seen at a match at Boundary Park. Also don’t try and take on kids they have more time than you and are probably smarter:

Wish we’d won we were shockin

Actually should say there was a bit of nastiness when the pitch invaders went back into the Rochdale Road End 3 quite hefty men started on someone. Stewards and Police did nothing. Alot of people are quite pissed off about it along with unsubstantiated rumours they were hired by Abdallah to cause problems (I don’t believe that but, it was definitely really nasty)

Yeah saw that on Twitter, bit of a strange one.