Really underrated and underappreciated drink imo. Bitter shandy is obviously the best, an absolute timeless classic, but cider shandy runs it close and is clearly the most thirst-quenching, refreshing drink on the planet. Used to get through a LOT when I worked in busy, hot pubs. Lager shandy is also nice but is the least good of the three. Summer is nearly here, it’s shandy season.

My grandma would always order a shandy in pubs. She was the best so as much as I’d never choose to have one myself I’ll give it a 5/5.

She was also called Sandy. I never thought about that. Sandy with a Shandy. Brilliant.

Maybe she was just introducing herself to the bar staff and they misheard every time.

Craft beer made with citra hops + cloudy lemonade has been my summer drink of choice for the last few years.

It’s a bit annoying so much beer comes in 440ml cans rather than 330, because 330 was a much better quantity to top up to a pint

Broadly agree but I would never go for a cider shandy. Wouldn’t even cross my mind as an option. Also underrated - Lager and lime

What’s in a cider shandy? Cider and lemonade?

Give the ol’ CS a try sometime.

Lager and lime isn’t bad at all. Prefer a lager dash, but the lager top is a pointless thing.

Never heard of it before.

Has to be a fairly medium-dry cider so as not to be too sweet.

Love when you go on holiday and all the shops have canned radler/shandy in different flavours (particularly grapefruit radler). So refreshing and easy to drink all day.

Still a bit of a stigma around ordering shandy in pubs in this country I think, needs to be stamped out so everyone can enjoy themselves.

Find a shandy a bit much but a tops too little but also don’t want to be the twat asking for a bit more lemonade than a tops but a bit less than a shandy so never order them.

Get a lager dash instead of top and you’ll get more bang for your buck imo. 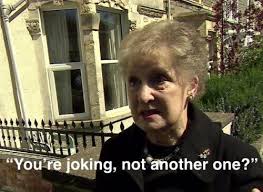 Dash goes in before the lager and mixes in to alter the whole flavour of the drink, top sits on top and is designed to take the edge off the first sip.

Dash goes in before the lager

Ah so it’s the same as a lager spot. You’re the people who!