Has there been a shed thread that I’ve missed? If not, I’m aiming for the most boringly middle-aged post of the year.

I’ve reached an age where I’ve finally got myself a shed. 8x6. Will keep bikes and tools in there, as I don’t have a garage. How do you organise yours? I’m thinking of getting a brand new set of Wolf Garten tools with the fancy detachable handles for storage nirvana.

When I put the base down, 8x6 seemed massive, but now it’s up and full of crap I’m starting to think I should have gone bigger. What do you do with yours? Do you listen to Test Match Special with a cup of tea?

Show me a photo of your shed. If I get any replies at all I’ll post pictures.

My problem with having a shed is that it’s basically an open invitation to all the neighborhood spiders. Would like a really solid one when I move though. I have no helpful information to provide.

when we moved into our house, the landlord had demolished the garage to build an extension, so after a few weeks we asked for a shed.

he said yes, and built it the next day.

absolutely a life saver for the bikes, garden equipment, and spiders. love the spiders. oh, and once a toad which gave me a huge fright.

he said yes, and built it the next day.

That is one efficient landlord. It has taken me 6 years from deciding I needed a shed to building it.

yeah, this is the first landlord i’ve had that has made me not want to commit landlordicide.

Have a brick shed which has the boiler and washing machine and that in and some shelves of a few garden bit.
There was a wooden shed when we moved in here but they didnt bother putting any floor or underlay down so it was rotting to bits. Replaced that with a 6x4 plastic shed about 2 years ago. Its full of various gardening tools, lawnmower etc now. Good stuff.

I spent weeks considering the relative merits of wood versus plastic. Opted for wood in the end. 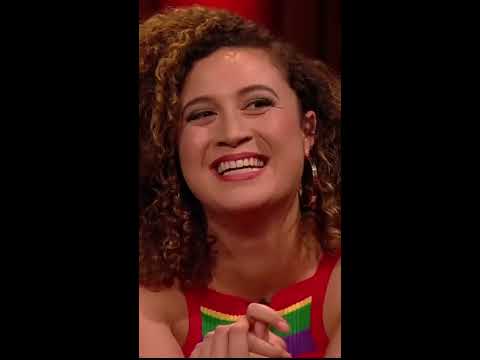 You shid not make fun of New Zealand accents.

Have a brick shed

Oh wow this is the thread for me!

When Mrs F got her allotment a few years ago it came with a teeny little shed on the boundary of the site. Over the years it gradually fell apart, so eventually this year she decided to treat herself to a brand new spacious shed.

I got all proactive on this, playing the husband-as-manual-labour card. I started by pulling down the old shed, injuring myself almost immediately when I pulled at a bit and it came off too easy and smacked me in the face. Then I levelled out the ground, but we decided we’d get the shed company to install the shed itself. Really nice friendly guy came and put it up in no time.

Then the neighbours complained it was obstructing their view. Again I played the proactive card. Instead of ignoring them I went round to their house with a box of biscuits, apologised, asked to see the problem, established a relationship etc. In the end we agreed the shed needed lowering a bit and turning round so the sloping roof went the other way.

Two weekends ago we paid the guy to come back and change it all around, which again he did with minimal fuss, and for only another ahem amount of money. Then Mrs F chose what colour she wanted it painting (grey on the outside, white on the inside). I went and got the paint, and got a quick first coat on the outside (and plenty of it on my clothes and brand new cycling shoes

) while she got about half way round painting the inside. Last weekend I finished the inside first coat on the Saturday then on the Sunday did second coats inside and out. And ached like a bastard afterwards but reckon it looks nice. Then earlier this week I went to the DIY shop, bought a hook and eye to hold the door open and stuck them up too.

Now I think it looks really nice and Mrs F has thrown herself into designing her dream interior shelving units with lots of cardboard rectangles laid out on the floor.

Was sheltering from the rain in it this very morning!

Moved somewhere that has three sheds! Currently doing up the summer house, which is gonna be my office. Stepdad has the double garage of his dreams which is is also going to do up eventually. Third one is for its and bobs.

The previous people also left 9 water butts, for some reason, and a giant composter.

Far be it for me to indulge in a bit of one-upmanship but in our garden we inherited two garden sheds and a big chalet type shed which we store crap in, and have since added two greenhouses to boot!

It’s 10x6, because of course sheds would only be in Imperial measurements

The kids use it as a playhouse, although I occasionally do online work meetings from there as it has extremely comfy giant beanbags

EDIT: painted the inside a creamy white.

Nice shed. I’m painting my shed brown. Never thought about painting the inside but painting it white seems like a brilliant idea. The hook and eye is a great tip too. Are you going to paint the inside of the door?

Hook and eye is necessary because the wind blows that door back and forth like nobody’s business.

The white is obviously to bounce a bit of light around inside since it has no windows.

Current working plan is that Mrs F will get artistic with the inside of the front door, possible some sort of zebra style thing using the remnants of both the grey and white paints.