Thought this was a very good series but thought the final episode was quite wank; lot of silly daftness, some ropey lines and acting.

On the whole 7.5/10 but there is no need for a second series. Best character is dead too.

Yeah, that last episode was a bit daft on the whole and the “serial killer just wants to be heard” thing was a bit shrugs Does often seem to be the way with these British series that they don’t quite nail the last episode.

Quality of acting throughout was great though, and I still like what it was going for a lot. Not sold on a second series, will reserve judgement 'til I see it I guess.

Was a bit disappointed with this tbh. Seems to have received unending praise from the critics, but I feel like the BBC has produced far better and more interesting dramas recently - Chloe and Showtrial for example. I did like the setting and obviously the cast was top quality, but I just felt like they threw too much in there and didn’t really develop anything enough for it to have the emotional impact it was presumably meant to have.

The stuff with the guy killing his daughter in law for instance felt to me like it belonged in a different show. If it had thrown the detectives off for more than a few seconds then it might have been worth keeping in, but really didn’t get why it was in there. Might have been a better idea to spend that time developing the back story surrounding the london cop and the teacher’s affair, and the spy cop stuff. Also found some bits quite lolworthy in their silliness: in particular the bit with the grizzled old cop who sent the text and then blew his head off, and the autocorrect texting thing at the school.

Not sure a second series is needed. Maybe it could go all Heartbeat and just feature Dave Morrissey buzzing about the leafy lanes and checking up on the local mischievous rag and bone man.

Yeah have to admit that the last episode fell flat, especially after the end of episode 5(“you know the killer fired an arrow into the door of the spy cop? Yeah, turns out that had no narrative signifance at all and was just a coincidence”. The whole business of how the spy cop revealed themselves was laughable too, just a bafflingly overcomplicated and unbelievable plot device. Very good overall but not really sure why anyone thinks it needs a second series.

Saying Sherwood was lolworthy in its silliness and praising Showtrial, which was fun but probably the silliest thing I’ve watched in years made me smile though!

Saying Sherwood was lolworthy in its silliness and praising Showtrial, which was fun but probably the silliest thing I’ve watched in years made me smile though!

Ha ha, fair point. I feel like maybe Showtrial set out from the start to be a slice of OTT entertainment, so it was easier to overlook/embrace the nonsense elements of the story. Whereas Sherwood had more intentions to be a serious po-faced drama in the HBO style, so the silly stuff was more jarring in that context.

Yeah, that’s also fair. Quite liked that Showtrial largely had its tongue in cheek throughout.

The show was an absolute masterclass of British acting.

You do wonder whether it will be possible to make something similar in twenty years when every actor still working will have gone to an expensive public school and grown up in a castle.

I am halfway through watching Sherwood and it’s really good, isn’t it? Hopefully it carries on being really good for the final three episodes.

HOWEVER, what’s going on with Adeel Akhtar’s character’s age? He’s just nowhere near old enough? In real life he’s the same age as Joanne Froggatt, but in the show he’s playing her father in law. It’s weird.

You’re right, but Adeel Akhtar was so good I didn’t notice. He’s only 12 years older than the actor who played his son!

The last thing I saw him in was Back to Life, where he was the love interest, so to see him in this playing a generation older was really jarring…

I thought he was absolutely great and really convincing in Sherwood (although it did slightly feel like his story was from a whole different show).

More the fault of the script than the (very excellent) cast I should add.

Finished watching this last night and came here to say the same thing, it wasn’t so much Adeel Akhtar’s age in relation to his son that spun me it was them talking about Andy as if he could have been a spy when he would have been just starting nursery, odd casting him to play a character that feels 20 years older. He was brilliant though, really brilliant.

Good lord, excruciating, my face burned for him

Fell for the bait so was nicely surprised by the identity of Keats. Couple of wonky bits in the last ep aside I loved the series overrall, if it was all about the killer it would have felt unsatisfying but I enjoyed all the different story strands, found it quite rich and yet I don’t really want a second season.

Really liked this. Had the spirit of some of the classic 80s or 90s British telly dramas, and obviously the cast was stacked. David Morrissey’s brilliant in pretty much everything he’s in.

Didn’t realise it was based on a true story. Probably said at the start but must have missed it. Listened to this short documentary on BBC Sounds last night… 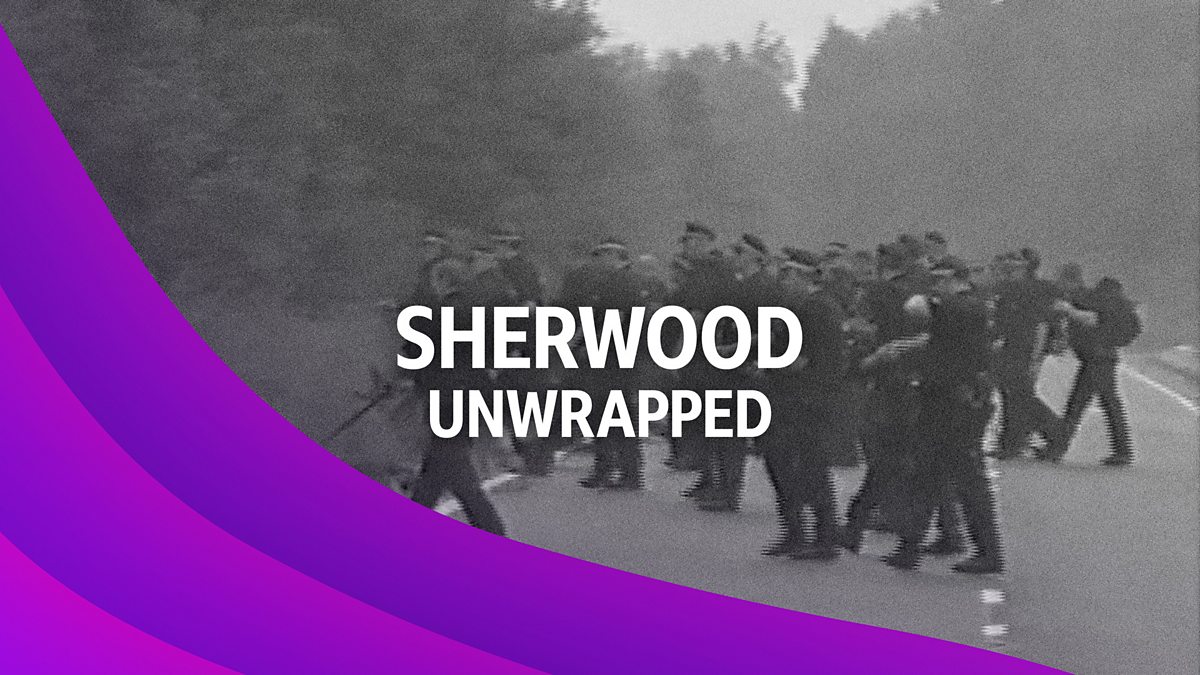 As others have said, thought they made a bit of a pig’s ear of the ending, and thought Adeel Akhtar’s character would’ve been better played straight, but very good overall.

No real desire to see the same bunch of characters in a second series, but they could quite feasibly go for a different cast and location but with the same central premise of spy cops and it be very good.