Never really given Shoegaze a chance. Think I’m missing out so going to work through this

Anything on there I should avoid or anything not on there that would be good?

that Pale Saints album is good

Yes listened to it earlier. Liked it a lot.

Completely forgot about Have a Nice Life and LSD and the Search for God. Might have a fun (fun) evening ahead!

Was gonna say Loveless until I noticed it’s cropped.

That’s pretty much THE Shoegaze album isn’t it?

They only ref’d the one A Sunny Day In Glasgow album; pretty much everything they’ve done is solid shoegaze (and a bit weirder / less MBV-slash-Slowdive-worshippy than a lot of modern shoegazey stuff).

We’ve had some good rolling shoegaze threads over the last few years. Check them out.

And jaggy jag jag this mix covers most of the first wave in around an hour:

I’m probably going to have some unpopular opinions, but I think a lot of the best shoegaze music has been written by bands that aren’t purely or purely considered shoegaze. I’ll go through each category in that chart and offer some recommendations (if I’m aware of something in a category), both on and off it (the latter in italics). I also need to work my way through this chart. Some of these albums are A+ classics, some are pretty good.

The Start
MBV - Isn’t Anything

Classics
MBV - Loveless
Yo La Tengo - Painful
Lilys - In the Presence of Nothing
The Ecstasy of St. Theresa - Susurrate
Slowdive - Souvlaki
Swervedriver - Raise (the first half is amazing, the second half hasn’t clicked yet)

Also while I wouldn’t call them shoegaze bands at all, I think The Smashing Pumpkins and Sigur Ros have incorporated its elements into individual songs better than pretty much anyone. Hell, even Jimmy Eat World in the outro of “Your New Aesthetic”, which is pretty much everything I want out of shoegaze and rarely get. For me it’s a genre where the potential nearly always dominates the results. I feel like bands often forget to write songs.

Yes, it was gonna be an incredibly sarcy reply.

Shoegaze metal is a thing.

Oh yeah I know, I just don’t want to get the blame for unpopular labels when I can deflect it to reddit. 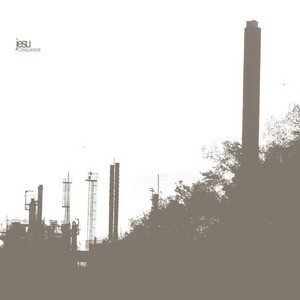