Oh god, I then wrote 3 rambling paragraphs. Read if you want but I’m hiding them. Sorry:

Slightly biased, putting us animators out of jobs.

Yeah I recall all the stuff about mo-cap, so is it not actually rendered at all? I mean isn’t there a term (toto scoping) for when you take imagery and make it cartoonish? Whatever that Ralph Bakshi LotR did was properly disjointed 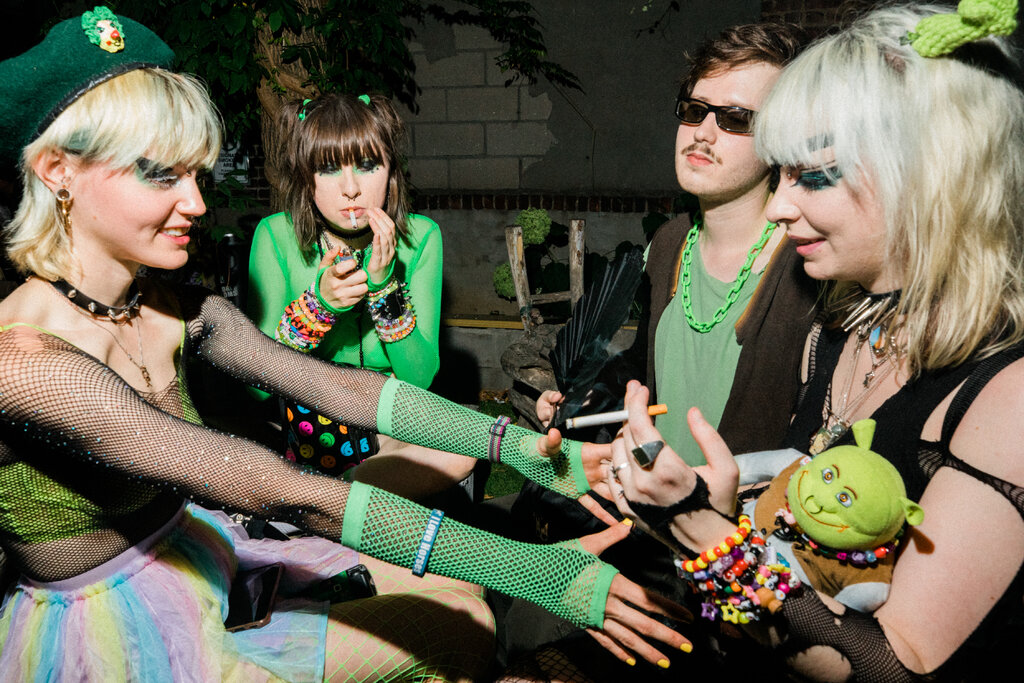 Raving for Shrek, the Swamp Comes to Brooklyn

A party in East Williamsburg invited fans of the 2001 film to translate into reality their online obsessions with the titular ogre. Good news for the rest of you A Shrek rave in Windsor Is there a big overlap between the demographics of people who want to go to raves and people who are nostalgic for Shrek?

I mean, I guess they wouldn’t organise it if there weren’t. How odd.

The Wedgewood Rooms in Southsea does a night every December where local bands collaborate and do cover sets. This year there were some good showings from the likes of Dinosaur Jr Junior but by far the biggest crowd and loudest reception of the night was for Shrekultura, who played All Star, I’m A Believer and Livin’ La Vida Loca interspersed with an occasional 5 seconds or so of Sepultura riffs. Don’t underestimate the continued appeal of Shrek to a varied audience. That someone also wasn’t me I just went in there to piss.

There is, surprisingly or unsurprisingly I do not know, a lot of Shrek Rave content on tiktok.

Look at me, always posting about Shrek raves

An Evening for All Stars: My Night at the Shrek Rave

On Friday I attended a Shrek-themed rave. This is my story.

But before I headed to the dance floor I first availed myself of a Shrek- themed cocktail. My Donkey Punch mixed drink cost twenty-six dollars before tax and tip although I really should have paid seven dollars extra and gotten a glowing green swamp-themed concoction that came with its own collectible container but the dad in me recoiled at the idea of paying thirty six dollars for a drink.

Is there a big overlap between the demographics of people who want to go to raves and people who are nostalgic for Shrek?

I mean, I guess they wouldn’t organise it if there weren’t. How odd.

My recollection is that Shrek was a big hit across generations before Disney became ‘okay/cool’ again to see if you were an adult. I mean I know Pixar started that really with Toy Story but Shrek was sort of brash and ‘edgy’ and (at least at the time) seen as anti-trope.

Loads of people my age certainly loved it so I’m not really so surprised it might have this ability to get people down for a rave leaning into people’s love for it.

Cheers for reminding me of this, @kallgeese. Still think about that kid to this day.

I burst out laughing at it, fucking great stuff.

Did people bring onions to this gig as a reference to the film???

This is in Manchester the UK’s answer to Garfield Eats.

Could do a decent little crawl on the next DiS Manchester meet - pints at that Captain Tom pub, and then finish off the night with pizza and wine at Shrek’s pizza.