I posted this in the Cost of Living Crisis thread but thought I’d share here for greater awareness.

Please consider signing up to the Enough is Enough campaign.

“Fair pay, affordable bills, enough to eat and a decent place to live. These aren’t luxuries – they are your rights!”

Enough is Enough is a campaign to fight the cost of living crisis.

We were founded by trade unions and community organisations determined to push back against the misery forced on millions by rising bills, low wages, food poverty, shoddy housing – and a society run only for a wealthy elite.

Our five demands are clear:

We are building a campaign to win them.

That starts with holding rallies across Britain, forming community groups, organising picket line solidarity and taking action against the companies and individuals profiting from this crisis. 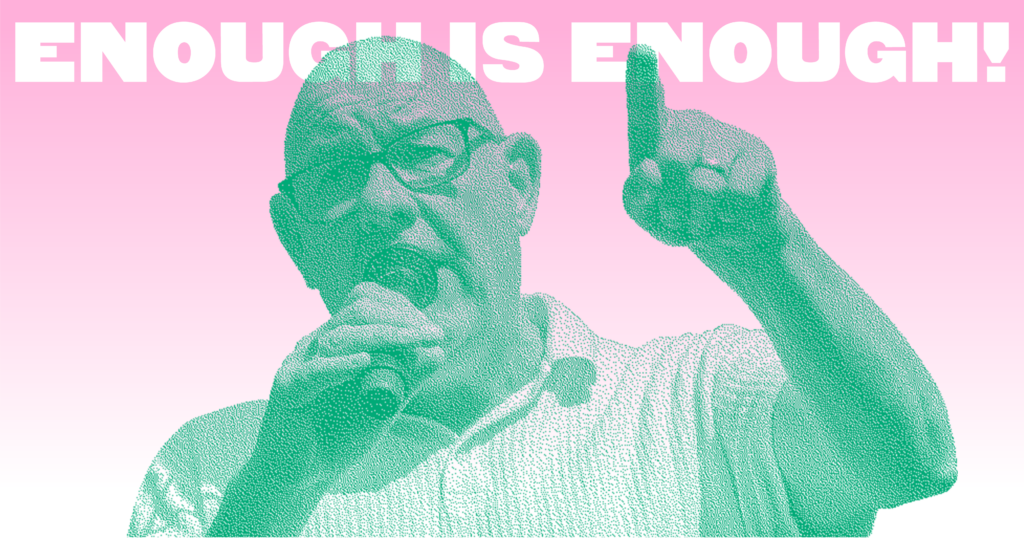 Enough is Enough is a campaign to end the cost of living crisis. It's time to turn anger into action.

Chris Webb used to be club president of Argyle. He’s a good lad.

The launch rally is this Wednesday at Clapham Grand (in Clapham).

Events for the Enough is Enough campaign - a campaign to fight the cost-of-living crisis. Sign up today. Turn anger into action.

Signed up will try and be at all brighton activity

The crowd is a lot less “County Cricket game on a Tuesday in April” than this makes it look.

All the religions (well, some of them) are against austerity.