🦇 Siouxsie and the Banshees listening club 🦇

Hi all, and welcome to the Siouxsie listening club. We’ll be kicking off this Sunday, the 23rd with the Scream.
Looking forward to listening with you all, from first time listeners to the hardcore fans.
This is going to be interesting for me as I’ve never really clicked with her work despite being a Goth in Uni, so I’m looking forward to diving into her discography.

Never listened at all despite being a massive Cure fan. Very excited to start!

ooooh I am going to try and join in with this! Love a bit of Siouxsie.

I’m bang up for this!

Really looking forward to this. Like a few others, I’ve not spent anywhere near as much time with the Banshees as my musical pedigree would suggest. I’ve been a huge fan of The Cure since 1985 and am generally well into post-punk, particularly the gothy side. I am far from unfamiliar with their work, and indeed have listened to quite a few albums and pretty much like everything I’ve listened to. I have plucked a few tracks from some of their first 4 or 5 albums to fill out my 78-93 playlist. But I am yet to work through their back catalogue in a dedicated fashion.

This is despite — or perhaps because — there is one Banshees album that I have adored for many years, and listened to many, many times: the absolutely sublime live album, Nocturne. I guess I probably felt that it amounts more or less to a best-of, and so there’s no need to bother with the back catalogue. This is, patently, an absurd notion, and I am really looking forward to the prospect of going through each album in turn, listening to it at least a couple of times, and getting to enjoy, as though they were new releases, some undoubtedly fantastic albums from one of my favourite periods/genres of music.

Thanks uncle for creating the occasion for me/us to get to know Siouxsie a little bit better. Can’t wait to get stuck into it.

Hey @UncleRetrospective can I officially kick it off in the midnightpunk album listening party on Saturday at 9pm? I won’t mirror the thread for its entirety in that thread but it’d be nice to too and fro occasionally.

Will be listening to all the albums and posting here, looking forward to it.

Sure. I can’t make it but feel free to jump in.

I’ll post the introduction write up on Saturday rather than Sunday, then off you go.

Good stuff, will do. Might lend a few more ears. I’ve started already and I had never heard the 2nd album and it’s a great, great album… but I won’t get ahead of myself.

I just realised I haven’t explained how this listening club is going to work for people who haven’t joined in before.
We’ll start on Sunday with the next album on the list, vote for our favorite track on Wednesday and score the album on a Friday. I’ll build a best of playlist as we go along.

We won’t be covering The Creatures in the main club but I’m open to covering them at the end. We’ve already touched on The Glove in the Cure club.

Looking forward to it! I’m familiar with the first 5 albums but haven’t made it to anything after that, and I’m due for a revisit of the first 5. Seems it was 2010 before I jumped in and started listening to them. I remember a friend getting a best of CD for her birthday around 2005, it was played in part and I definitely knew some songs. However much like a lot of 80s goth, post-punk, and synthpop bands, I was aware of them during my teen years (early-mid 90s) but was more focused on other genres and the industrial side of dark music. A Cure remix CD was probably the earliest thing I got (mid 90s), a New Order best of in the late 90s, some Depeche Mode best of in the early 00s. It wasn’t till the late 00s I started digging into albums. Anyway here we are. It’s bat season.

And after all that talk, it’s Time. Let’s start at the beginning.

The Scream is the debut studio album by British rock band Siouxsie and the Banshees, released on 13 November 1978 by Polydor Records. The album is considered a landmark recording: its innovative combination of angular guitar with a bass-led rhythm and machine-like drums played mostly on toms, made it a pioneering work of the post-punk genre.

The Scream was recorded in one week during August 1978, and mixed in three weeks with Steve Lillywhite co-producing.

Music historian Simon Goddard described the music on The Scream as a “claustrophobic abyss of angst and angularity”, saying it was part of a triptych of albums layering the foundations of post-punk.

More than one month prior to its release, DJ John Peel broadcast the album on BBC radio 1 from an advance copy on a cassette, from the beginning to end, with no interruptions. "That’s the one boys and girls,’ he says when it’s over. ‘That’s the one.’”

The Scream was named “the best debut album of the year” by Sounds. Reviewer Peter Silverton gave the album 5 stars out of 5. Melody Maker described the sound as “strong, abrasive, visceral and constantly inventive, with a thrust that makes the spaces equal partners to the notes”, with the critic comparing the album’s textures to that of Wire and Pere Ubu.

And, as if on cue, it’s the NME being wankers.

NME’s Julie Burchill was unimpressed, stating that the Banshees sound was “a self-important threshing machine thrashing all stringed instruments down onto the same low level alongside that draggy sub-voice as it attempts futile eagle and dove swoops around the mono-beat. Their sound is certainly different from the normal guitar-bass-drums-voice consequence. But it’s radically stodgy […] loud, heavy and leveling, the sound of suet pudding”

Is she right? No idea. But let’s find out shall we?

It looks like the Scream is 10 tracks long but some versions have Hong Kong Garden and The Staircase (Mystery). I’m more than happy for us to chat about them here.

To tie in with @UncleRetrospective 's Listening Club I’ll be listening to Siouxsie & the Banshees debut album The Scream (1978). An album that is almost 44 years old, which is all kinds of frightening. It is an album I bought in my mid-teens 2nd hand on vinyl for £2 a few months before seeing them play live at the Birmingham Odeon. Anyone joining in at 9pm on Saturday 22nd October is very welcome to share their thoughts, initially here whilst the album plays, then over to the dedicated thread f…

If you can, please join him, they’re always fun. I’ll be in the pub though.

I’m excited for this as I don’t know their music anywhere near enough.

I’ve just noticed this album is 40 next month. I should have waited

For me, The Scream is the best debut album of all time. It still sounds completely unlike anything else and there is not a note that I’d change. Magnificent.

Been doing a bit of advance study for this music club, and have already listened to The Scream three times this week.

Side note: just about every comment I make itt will involve comparing/contrasting either with The Cure, or with the Banshees live album Nocturne, for reasons to do with my post above.

Quite impressed with The Scream. For some reason it was not one of the albums I bothered to check out a few years ago when I decided to dip into the back catalogue. As a debut, it’s a fair bit more coherent and adventurous than Three Imaginary Boys. A few of the tracks are relatively uninspiring punk plodders, as is the case with 3IB, but it actually does a heap more to kick start post-punk than I was expecting. I expect I’ll be giving this a higher mark than I gave 3IB.

Jigsaw Feeling, Mirage and Switch are corkers. And the cover of Helter Skelter is great too (though I have to say that the live version on Nocturne is 10 times better. Love the sculpted feedback at the start of that version.)

On first listen, I really liked it. It’s a very impressive debut. 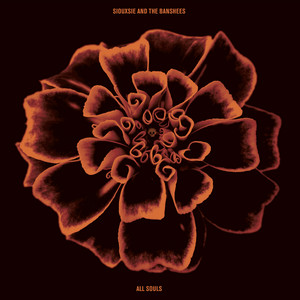 I’m hoping to join in with this listening club but may start late.

Timely reminder that the album listening club will go ahead for The Scream at 9pm tonight (Saturday 22nd October, U.K. time). More than welcome to join in the relevant thread which i’ll bump now too.

I feel The Scream is a great album as a debut album. It isn’t consistently great to me but it moves fast and is dark and ice cold. It certainly feels like it grows towards its ending and the music eventually rises to meet the vocal input.

You can hear Pub Rock that pre-dates it, in it, for sure. Yet they move things on and it’s scary how many other bands you can hear in them that they influenced. Joy Division, Bauhaus, Elastica, loads more.

You can tell there is a star orchestrating things from the get-go, or at least it feels that way.

I don’t think i can quite replicate the enthusiasm of that hoopy frood @midnightpunk above sadly.

This has been my first experience listening to SATB and while i have definitely enjoyed the post/punky instrumentation, I really couldn’t get along with the vocals at all.

In a lot of ways it reminds me of my experience of listening to Patti Smith. I know that ‘Horses’ is a work of genius but i just can’t get along with her voice either.

It’s frustrating with SATB cos i actually hear a lot of early PJ Harvey in ‘The Scream’ and she’s a vocalist i love and I’m guessing must have been influenced by SATB now I’ve heard it but i can’t get past the vocals on here unfortunately, just doesn’t really work for me.

Will be interesting to see if either her vocal style changes or my feelings mellow in the next couple of records, there’s definitely enough of interest to keep me listening.

My first time listening to this album in full for a long time.
I always thought it sounded Bleak and cold and very much of it’s time but through headphones the guitars are much more melodic and warm sounding and the drums sound a lot more intricate than I recall.
I almost feel that Hong Kong Garden sounds out of place and too poppy against the rest of the album (wasn’t it added later?)
I’ve got a few track that are personal highlights but I’ll wait until voting to discuss. 7/10