🦇 Siouxsie and the Banshees listening club 🦇

A Kiss in the Dreamhouse

A Kiss in the Dreamhouse is the fifth studio album by Siouxsie and the Banshees. It was released on 5 November 1982.

The record marked a change of musical direction, as the group used strings for the first time and experimented in the studio. Guitarist John McGeoch played more instruments, including recorder and piano.

A Kiss in the Dreamhouse was the first album on which the Banshees really exploited the possibilities of the studio. They allowed themselves to be inspired by sounds. Engineer Mike Hedges, who was interested in vocals, put different effects on Siouxsie’s voice and multi-layered it. Hedges also encouraged them to fiddle with effects; if the band came up with something off-the-wall, he’d want to top it.

The personal dynamics associated with the period in which A Kiss in the Dreamhouse was recorded were often less than healthy. The band’s recently fired manager and Siouxsie’s former partner, Nils Stevenson, had become obsessive in response to her developing relationship with Budgie. The band spent long hours in the studio, fuelled by drink and drugs. According to Uncut writer Garry Mulholland, the “stunningly beautiful music” of Dreamhouse was “a product of addiction, stress, old, sick love and new, dangerous love, money woes and a darkness that would eventually claim three lives”

In their 2009 review of the reissued album, The Quietus wrote: “The result was their most colourful and – ahem – kaleidoscopic collection yet”. Critic Julian Marszalek commented that the album’s music is “fundamentally pop, yet unafraid to revel in a quirkiness born of altered states. A deliberate shift from the overt darkness of its predecessor, Juju”. Marszalek qualified the work of guitarist McGeoch as “a seamless beauty”, and wrote that “Siouxsie’s voice achieves a sense of strength and maturity”. The journalist concluded the review by noting that “Siouxsie and the Banshees weren’t afraid to stretch themselves. Here was a band that dared to challenge itself as much as their listeners”.

I don’t know any of the songs off this so let’s go.

Cascade, Painted Bird and Slowdive are all on Nocturne, but nothing on the Best Of (at least, not the one that I have).

The Banshees on the Kiss in the Dream House tour was the first gig i ever went to that wasn’t a festival. Utterly astonishing. Rob Smith on guitar.

I don’t think I have ever heard A Kiss In The Dreamhouse before. In its entirety that is, or non Nocturne versions.

It is very good but its ambition might make it a lesser album than Juju. It feels very equal throughout, consistent. I like it a lot yet I think I prefer the more guitar led previous album more.

I also listened to it for the first time today. I enjoyed the addition of those psychedelic flourishes. You can hear them developing as a band and trying out new things in the studio, which is great, but it also means that it feels a bit more…sterile is way too strong a word, but maybe considered, and I miss the frenzied darkness of the last record. Still a good album, but it’s not the equal of Juju for me. Probably an 8/10?

The other thing that struck me this morning was that this was 1982. They were so far ahead of the curve of 80’s alternative rock, weren’t they?

That’s a big spread going on with the votes. Two great songs though. 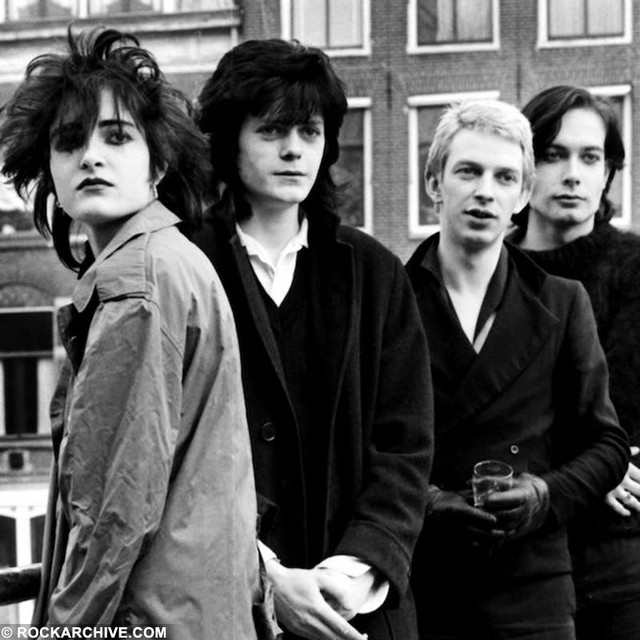 Oof. This is a bit tough. Unlike Juju, which was pretty much top tier every track, this album has some definite standouts — Cascade, Green Fingers, Painted Bird and Slowdive — but it’s really hard to choose between them.

I’d listened to the album a couple of times prior to the listening club, but not given it the proper scrutiny that comes with the program. It is more like what I was expecting Banshees albums to be like more generally: collections of slightly quirky or off-kilter post-punk pop songs. That’s not to say the other albums aren’t like that, but they’re overall a lot less off-kilter than I was expecting, particularly Juju. Ironically, perhaps, that’s what makes Juju the better album for me.

I think @riverwise nails it. Definitely amazing to think that it was 82. Not for the first time I’m struck by some innovation that Robert Smith has very soon afterwards ripped off, taken to the next level and turned into something definitively Cure. Cocoon => Love Cats, anyone?

One thing that has definitely distinguished the Cure thus far, though, is that not one of the Banshees albums has the thematic and sonic coherence of either Faith or Pornography, and to that extent none quite makes the grade as masterpiece. Not even Juju, as 10/10 good as that album is, regardless.

Juju
I’m unfortunately late with this one and despite having listened to it 3 times last week, I was never able to carve out time for a live review like the previous 3 albums. Which is a shame as Juju is my favorite Siouxsie album.

I found it interesting that with this listening club, and maybe some others, I tend to be more critical of things as I’m listening to them rather than just listening. Makes perfect sense though. But while I found myself mostly talking about The Scream and Join Hands in a positive way with repeat fresh listens (obvious stinkers aside), I tended to be more critical of the albums I considered favorites. Do I like them less now? No, Kaleidoscope and Juju are great albums. I guess the flaws just revealed themselves a bit more.

On this one for instance, I felt like the A side is noticeably stronger than the B side. “Spellbound” is another fantastic opener, on par with “Happy House” on the previous album. “Into the Light” might be my 2nd favorite on Juju (as voted for), which is then followed by my favorite Siouxsie song, “Arabian Nights”. Then we have “Halloween”, a very solid track but a funny one in that they’ve been giving off Halloween vibes since the start but explicitly call it out on their 4th album. “Monitor” is also great, and one I started paying more attention to after the conversations upthread and the comment about it being ripped off for the last however many years, but I don’t know what I’m listening for in that regard.

Now onto side B, I think I like “Night Shift”, “Sin in My Heart”, and “Head Cut” equally. I think the fact that none of the 3 is a standout is what makes me feel like the A side is stronger (well, aside from the inclusion of my favorite track and a few others just being stronger anyway). But I guess maybe it blends together a bit more, or the songs feel a bit longer. Again, good to great songs, yes, just not as captivating. And I might be being more critical being it’s a reappraisal kind of thing as I mentioned. I think “Voodoo Dolly” is a fine closer but could be a little shorter, doesn’t do a whole lot for me but I wouldn’t drop it or anything, although it’s clearly the weakest track. Still overall my favorite SatB album, scoring 9/10.

I’m looking forward to getting more familiar with the later ones as I’ve spent very little time with most and flat out haven’t heard 3 of them (although I’m sure there’s a single or two on them that I’d recognize).

Missed the vote on this one. I’d have gone for Halloween and Monitor, though. With a third option of Night Shift.

So this feels like Siouxsie beat Rob to the punch again. This seems like the Banshee’s take on what would become Kiss me or The Top.
Unfortunately, like those two records, I really don’t like this. Only managed to drag myself through it a few times, it’s not for me.
Also, there’s something I don’t like about not liking the song one of my favorite bands are named after.

Melt was a good song, but I don’t think I’ll ever bother to revisit this.

Surprised by the antipathy, but I agree with the Top/KM comparisons.

Will be interesting to see what the average score is for this one.

I knew I was forgetting something today. I’ve been dealing with the work Christmas party hangover and it’s a cracker

A Kiss in the Dreamhouse

Hyæna is the sixth studio album by Siouxsie and the Banshees, released in 1984.

It’s the only studio album that guitarist Robert Smith of the Cure composed and recorded with Siouxsie and the Banshees.

Upon release, Melody Maker wrote a favourable review: "Parts of it are so wistfully carefree that it’s impossible not to credit Robert Smith as the talisman – his irreverence seems to course through everything. ‘Take Me Back’ is the Banshees rollicking like some primitive jazz combo drunk on the Good Lord’s wine.

James Dean Bradfield of Manic Street Preachers hired producer Hedges because he loved the sound on lead single “Swimming Horses”. Bradfield stated: “Swimming Horses’ by the Banshees – what a fucking record that is! […] I remember thinking 'You really care about that record. I’m gonna have to chase that record down.” He also mentioned the importance of the drums: “I loved […] Banshees records […] where everything starts with the drums”.

So this is another album that I don’t know any of the songs from. Dear Prudence seems to have been added over the years so we can chat about that too.

How good is that cover eh?

FFS I thought it was Tinderbox next and listened to that twice yesterday in preparation!

I’ve just noticed how Qobuz has labeled the album… The Hyeana On The Door

I love this album. Sure, McGeoch has left yet Robert Smith brings so much to this album, the only studio album he would be with them for. This could be a Cure album, but imagine Smith singing on it, it wouldn’t be this dark and good. It kind of towers over Cure albums from the same era because it brings out, for the first time, warmth in Siouxsie’s voice and approach.

Throughout the album has a deep, dream-like, lush feeling. Whist their better work is now behind them the album takes its time with luxurious scope.

It contains one of their best ever songs, the others aren’t far behind too. 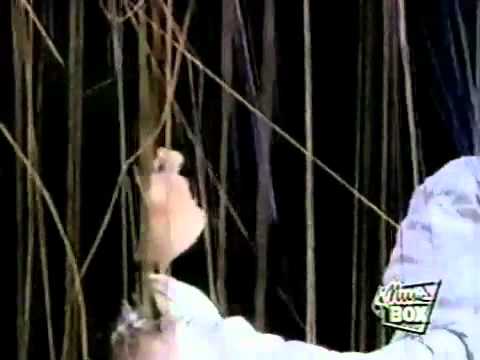