Hope you slept well? I didn’t

Check out King’s Lynn with its 8 hours of daylight, and both London and Cardiff for smashing that two minute mark! What a day for daylight.

Have a good day everyone, look after yourselves and each other

Horrible nights sleep last night after drinks in Tenerife with the missus and a former diser.

Off to see some monkeys now

Good work on the deer rescue @colon_closed_bracket. I once had to get the RSPB out to collect a gull with a broken wing that had found its way into my garden. That wasn’t nice.

Morning everyone else et al!

It feels like the middle of last year here. My campus closed at 5.30 last night for a period of time and I’m teaching from the spare room again. I’m low-key quite excited but at the same time I can’t really afford to lose the teaching time. Regardless of that, I’m looking forward to walking round to M&S for a nice sandwich at lunch time.

Excellent work CCB, you’ve done solid work for that Muntjac, you should reward yourself with a tasty baked good this morning.

Off into town for the first day’s working in the office this year. New gaffer to negotiate, smart clothes are uncomfortably tight, and CBA levels off the scale.

Will spend all my spare mental energy hoping for a positive update from the solicitors, hoping to exchange contracts this week and move next week. Been going on since August and it’s driving me spare.

looking forward to another day at work. Spending 5 hours to get a piece of code to work, trying about 5 different variations that all fail, before writing exactly the same thing and then it working. #tortureme

Did you know muntjac deers are both invasive and wiping out woodland understory BUT they’re also protected. Strange. Well done on the rescue, i bet you were shaken up after that.

Have got an adhd appointment in a few minutes, why did schedule it for the morning.

Barely slept, in a bad mood, but, off today. Gonna make some lime cordial (@JaguarPirate) and a chicken, leek and mushroom pie.

I learnt this at about 4.45am this morning. Apparently a lot of vets won’t deal with them as they can’t subequently be released into the wild

It was horrible, I keep seeing her face

poor thing. But she’s free now and that’s thanks to you and i bet she’s already forgot the whole thing and is merrily munching berries

Hello, aw I hope that deer is ok, we’ll done on helping it. Look after yourself today!

I’m on the train into London, the views are spectacular. Although I did spot a red van parked against a line of trees in the middle of nowhere. Very sus.

Going to see Big Joanie tonight but honestly I might fall asleep on the dance floor!

Think I might be over the worst of the ol’ corona, just a bit wheezy still, Mrs F’s is still a bit worse though. Taken the day off, might finish The Bear and make something nice for lunch and that’s about it.

Back in the office today. The weather’s bright and sunny in Surrey, although the forecast says it’ll piss down just as I need to walk back to my car later. I’ve got my PE kit, so I’ll go for a 5k run at the gym at lunchtime.

Felt like I closed my eyes last night and immediately woke up and it was morning.

Starbies is out of soya milk?! Having to go to black sheep instead.

Thunder woke me up at 6am, was tempted to start work at 7 but then went back to thundersleep and I’m groggy now.

Got an interview/screening call later.

Not sure if this deserves its own thread, but did you know that Northampton had a song commissioned (by the Northampton Development Corporation) about itself? 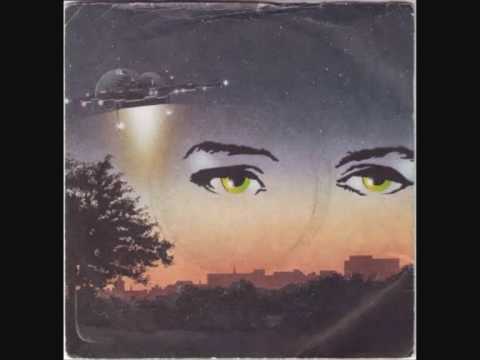 thought work was a bit quiet but just twigged i forgot to open my email. classic wednesday Got tickets for the snooker tonight but woke up feeling like shite and have tested positive for Covid. Absolute gutted