So why could university be free in the 1970s but not today?

Sports Science and all that are good courses with high employment rates if you want to get into coaching etc.

A lot of the worst courses wage wise requite good grades. Philosophy, English Lit etc. This has always been the case though. Its just that education seem to be seen as something to get employed rather then a way to create a more educated populas. Creating a richer more critical society.

Their are a lot of course that are basically traps though in many senses. Most of these are just poor versions of courses that would be good at a better institution. The current funding modal promotes expanding courses and student numbers while cutting teaching and resources. Execs wages have ballooned at the same time. My small college of about 2000 people was paying the vice chancellor £200,000, with raises of 15/30% every year while lecturers wages were frozen.

That’s nitpicking. My dad’s family wouldnt have had much money, if that’s a more acceptable term. The point was he would not have been able to afford university if there were fees.

Who cares about you povvos. Know your place, and stop trying to get above your station 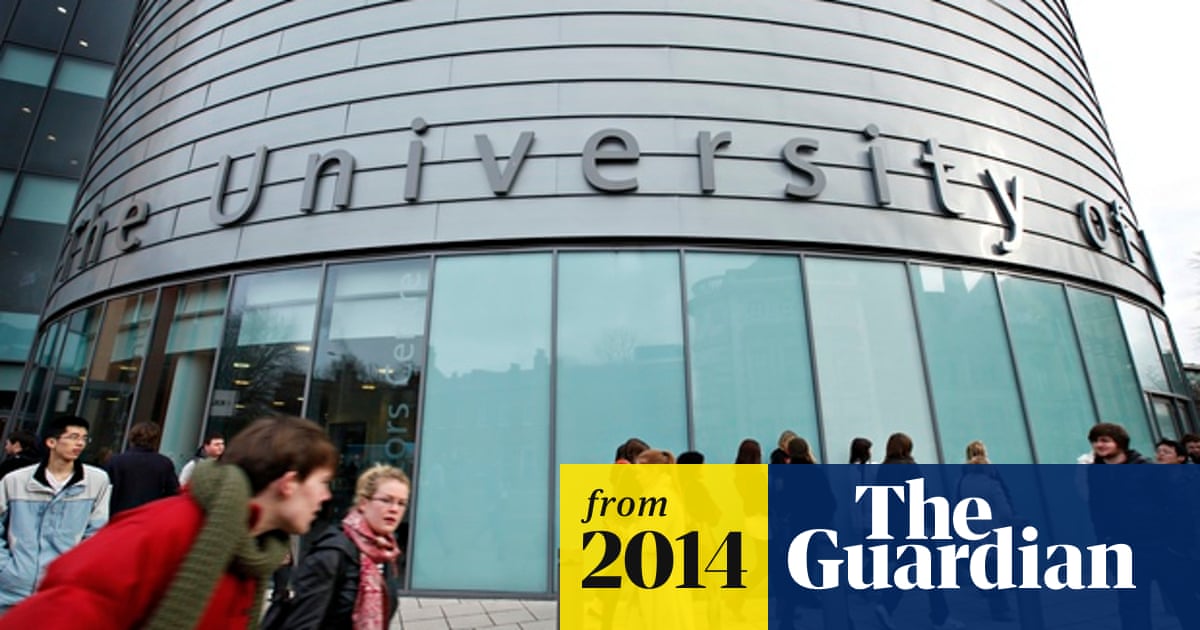 Ucas figures show overall admissions in 2014 were at a record 512,400, with 10% rise in candidates from poorer families

Everyone’s on their own, and has to pay for everything themselves

In fact one of the more persuasive arguments for charging wealthier students tuition fees, with aim of increasing lower income participation in higher education, is that why should lower income tax payers pay to support free higher education for the better off? The 1st generation tuition fees seems fairer to me, and I paid them off fine, although it’s gone too far now with top up fees.

To be honest I think the whole system of academia needs to change to bring the cost down for everyone. Getting a degree =/= going to university. Only a certain section of the population need to actually GO to university it seems to me - the rest can be covered by things like distance learning and online tutorials. Plus let’s not romanticise ‘going to university’ - mine and many others’ experience was that it was a middle-class piss up for 3 years. Could’ve done it all online/distance learning while working part time.

It’s always come at a cost.

It’s just that the government used to pay that cost.

(incidentally, teaching AND research in most UK HEIs both operate at a loss. Great stuff)

So many reasons for this, I don’t even know where to begin. It depresses the fuck out of me. We have the most expensive tuition fees in Europe but degrees do not cost £9000 a year. That figure is a con. The reason why most Universities charge that much is out of social status and marketing. E.g. The fear that University A would have in charging less than £9000, is that if University B down the road charge the full amount, then applicants may believe that B is the “stronger” “better” university. So A charges as much as B.

And from the perspective of the applicant, If you’re paying £6000, what’s £3000 more on a loan for a better degree and what seems negligible and in the far off future of adulthood? Bear in mind that people are 17 years old when applying to University. They haven’t been taught extensively about loans and finances and money and banks . It is morally repugnant we prepare students so little for the cost of it all. Granted, who would want to do that? If schools and sixth forms do it, students may be put off from going to University and that brings their conversion rate down which in turn hurts the government’s image.

So Universities charge the full amount, sanctioned by the government, accepted by new undergraduates, and now only a minority of people are angry about it. Even though Universities are amassing a huge surplus of cash. The current estimate being that across all institutions since 2010, reserves have risen 72% to over 21 billion pounds. Universities aren’t quite sure what to do with this, but they certainly want as much of it as they can get. Not that it feeds back into University staff. The majority of which have been offered an annual pay rise of a miserly 1.1%, meanwhile vice-chancellors have seen an average rise of 6.1%. The amount of money increasing at the top of University hierarchies is increasing rapidly, with over 5000 University employees being paid over £100,000 a year. Longstoryshort: degrees are now another large cog within the capitalist economy.

We’ve allowed this to happen. How? Well, votes. Younger people generally don’t have high turnout, and if they did maybe things would different. Older people who are financially secure, who may vote Tory, who may be middle/upper class, they don’t see the fee as an issue. Because it’s a loan where there is little penalty for not paying it back, and because those voters aren’t immediately concerned by the cost.

So it’s a poor/rich divide? With the rich wanting fees and the poor not? No, it’s not that simple. A lot of older working class people who typically haven’t been to University, also don’t have a problem with fees. To them (and this is speaking generally) they believe the tuition fees are fair because a lot of graduates go into high paying employment and can pay it back. Of course, the truth is that finding a job as a graduate for many people is a real struggle, with many not earning enough to cover the interest on their loan. These voters would rather other services be saved by tuition fees e.g. Pensions. And maybe that’s fair, maybe it’s not.

But the University system is now built to take advantage of people financially. Yes many degrees are essential to their strands of employment e.g. Pharmacy, Law. However there are too many people going to University who are not academic in nature, studying degrees that won’t benefit their future employment or their state of mind. Yet there is the misguided belief amongst many, that most people who graduate from University are adults with greater skills superior to those who don’t attend higher education.

Yes he would. You don’t pay the fees upfront and if you remain poor in perpetuity after you graduate then you don’t ever pay them.

I often find it a bit baffling that people think Higher education should be free, but don’t have a problem with Further education not being free.

I don’t know what any of this is meant to mean?

Middle class piss up sounds like a fair description of uni.

Which is fine, if that’s what you want to do. But you have to make a choice (albeit at a young age) whether or not you want to pay it back into adulthood.

Alright then, another qualification- my dad wouldn’t have got into debt to go to uni. His family were not particularly fond of debt.

Yup quite possible. That was an argument put forward when the fees were introduced. It didn’t seem to turn out that way though in general. But he was an adult, entitled to make those choices for himself.

The counter argument is that further/higher education of a set of people benefits our society as a whole. I need people educated in medicine, engineering, architecture, physics, teaching and so on, so it seems fair that I contribute towards the education of people in these disciplines for the betterment of everyone.

The problem with this is that it devalues non-vocational and/or cultural degrees - should an English Literature or Art History degree have to pay more for their education than a medical student just because we perceive we have less need for people educated in those areas in modern society? (n.b. that’s not the same as saying those are worthless degrees, just the benefits aren’t perceived as widely as they are for more technical/vocational ones).

The counter argument is that further/higher education of a set of people benefits our society as a whole. I need people educated in medicine, engineering, architecture, physics, teaching and so on, so it seems fair that I contribute towards the education of people in these disciplines for the betterment of everyone.

The problem with this is that it devalues non-vocational and/or cultural degrees - should an English Literature or Art History degree have to pay more for their education than a medical student just because we perceive we have less need for people educated in those areas in modern society? (n.b. that’s not the same as saying those are worthless degrees, just the benefits aren’t perceived as widely as they are for more technical/vocational ones).

Yes - following this argument to it’s logical conclusion sends you down all sorts of rabbit holes. My point was directly in response to Em’s about the university system having been calibrated against ‘povvos’ since the 1970s, which I see no evidence for.

It’s more the attitude I see when people call for a reduction in university places. It always seems to come from an attitude of secretly thinking that university automatically belongs to their own upper-middle class spawn who are being unfairly competed against by all these proles doing degrees they don’t deserve. Like, we can let in some really outstanding poor kids on scholarships, if they’re the absolute best, because we’re really generous.

And it just makes me think, “there is someone who thinks I don’t really deserve the education I got”.

I’ve never really come across this attitude to be honest. Although there is an argument for how many “graduate jobs” ever exist in an economy vs. the amount of “graduates” to fill them, I don’t really see this being articulated down class lines…

Sad, for sure. But I’m struggling to think of a time it was considered anything else.

Eh…I think there’s plenty to be gained from attending University for many it might be their first brush with living away from home, looking after themselves and being exposed to greater diversity. Certainly I think the whole “middle class piss-up” trope only hold true for a few.