This thread is for people who know very little about soccer to talk about it without the judgement of those bullies in the other threads. If you know a lot about soccer, then this is not the thread for you and please respect this space.

Do goalies get to have a say in their jersey design if they’re the only ones who have to wear them?

Not generally but Jorge Campos who used to play for Mexico used to design his. They were pretty interesting That’s a really nice way for Jorge to express himself, he must have felt great out there on the field in that outfit.

Are linesmen like trainee referees, is that like a career path for them, or are they totally different professions?

Why is ‘soccer’ not a more common term for it if there are multiple sports worldwide that call themselves football and the word was invented to make the sport more inclusive in the first place? Is it just people being a collective bunch of big babies who don’t like change?

love this, looks like MS Paint has vomited on a pic of him in normal kit

Are there any rules about goalkeepers gloves size? Would it break any rules if they were so big they blocked most of the goal? Is there an official site limit?

Did the change of name to assistant referee create any sort of tensions? I mean it makes them sound clearly inferior to the referees but I’d imagine they’d take exception to that idea. Are there official courses / degrees for this sort of refereeing hierarchy? Do some universities offer courses exclusively in it?

It’s not just Americans though, Australians call Rugby League football. Basketball uses hands mostly, but they didn’t feel the need to call their sport hand ball. Why can’t it be Goalball?

No it’s because it’s a genderless term

Then that’s a good thing, though what was wrong with linesperson?

This would be covered in the catch all in the spirit of the game rule. 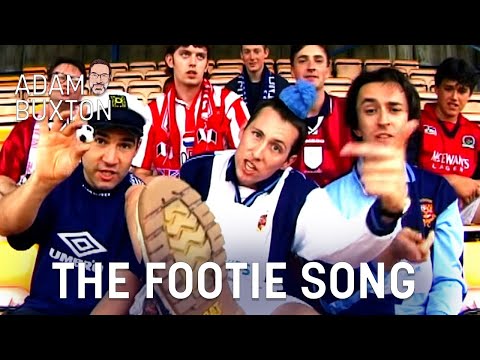