i didn’t befriend anyone in my classes at uni cos they were all weird nerds and i had no interest in any of them really tbh. did get on with a couple of group project people in first year but came back for second year and they’d all left/switched courses (as i should have done)

luckily made some good pals in halls though

I get anxious talking to new people and it makes me incredibly sad that I’m like this.

got a bad tendency to talk too fast and trip over my words and stuff when talking to people i don’t know well, which i then feel a bit embarrassed about after. do it when talking to workmates a lot and hate it. especially bad if i try and make a joke and it just comes out so badly and fails.

That’s exactly how I feel too. Can’t believe how much time I spend dissecting each conversation I have with people - even with my own close family at times.

now I find it exhausting more often than not. depression, eh.

This thread has made me recognise that as an unexpected side effect of addressing some MH issues this year, I’ve started to be able to enjoy social gatherings with my friends and not feel like a weird alien and get mega stressed. I have found that I’ve got some ground to make up though, people have come to expect over the last few years that I’ll turn down invites, or get in a prickly mood and leave abbruptly.

have trouble making the move up from acquaintance to friend, too. as in i haven’t made a new friend in at least 7 years. i need a method with a graph, like murray, maybe. 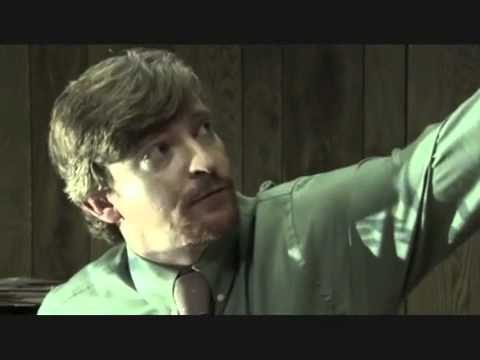 Yeah this thread is very close to home. I spent the vast majority of the past month ‘networking’ (trying to schmooze professors, basically, most of whom… eh.) and hated it. Like I thought I just disliked the whole concept a lot, but this was full on stomach churning dread, the feeling of constant comparison to your peers.

The idea of meeting new people in, say a work environment, or even friends of friends, fills me with dread. That being said I was super excited and pretty chuffed I met loads of dissers last weekend. Dunno.

I enjoy time around my close friends far less than I used to. Far far less. (well, who I would consider my close friends, but this is probably historical as much as anything else.) Probably just growing out of them, really. Probably feel like a tit reading this in the morning too.

I’m naturally quite introvert but work in quite a sociable job. I can function/ perform in those social situations but I often need a bit of quiet time to balance it out.

My family are all quite antisocial and don’t do big gatherings and that suits all of us; Wor Lass is from a massive family who do things together and make a big fuss and I struggle on those occasions.

I am an introvert, so find it quite hard at times, even with people I know. And I am very anxious anyway, so it’s very difficult. I am 43, so kind of past feeling the need to go out and accumulate loads of friends.

All this said something happened recently. I joined a book club. My purpose was to read new books and maybe chat about them. I’ve found myself enjoying the company quite a lot. One girl sits and narrows her eyes at me suspiciously every time I speak, so I am ignoring her…

But it’s quite obvious really in retrospect, people who love reading have that instant bond, so it’s a good start. Not saying they are all my new bezzies, but it’s quite nice.

I have a really narrow scope of topics. I like football, boxing, beer, food and (normally crime-orientated) TV fiction. I can barely remember talking to people in real life about much else, so it’s quite hard to meet new people or hold my own in conversations. I really regret not pushing myself to go to university, and into an interesting career, and to have more hobbies, and to date more, and travel more. I think i’m naturally quite bright and inquisitive, but don’t like stepping out of my comfort zone.

Book Clubs are so good when they’re done right.

Feelings of intellectual inadequacy to go along with social awkwardness… yeesh

Comes hard enough for me.
Take me away from this big bad world…

Those lyrics came to me this morning when I saw the thread title and realised I empathize a lot with it at the moment. Up and down with socialising. This week had mega anxiety at a work thing (200 or so people all in an all day meeting thing) and did my best to talk as little to people as possible but then got anxious about people noticing and blah blah blah blah stupid brain.

Ironically, then last night wanted to go out for drinks with old work colleagues. Only didn’t because I couldn’t be bothered with the train.

My mind goes blank in pretty much all social situations and it makes me come across as really dull or stupid (I think). For some reason I find it easy to speak to older people. So like, people in their 70s+. I was in a careers event with someone and told her how I think I come across really badly to people and she seemed really surprised which was sort of interesting. I’m definitely not one of those outgoing shy people though. I think the whole ‘pretend you’re not shy’ thing probably works for some people but it’s not something I can do cause of the mind blankness that I get. It’s not that I get a feeling of nervousness and usually its not accompanied by feelings of anxiety but it’s a full on brain shutdown.

For some reason I put myself in situations that require talking to lots of strangers but generally I do this quite badly. I carry on doing it. It doesn’t make me better at it and I don’t really let it bother me if I’m failing at being ‘good’ socially. It’d be nice to not be like that but, oh well. It’s not something I really see changing. I keep trying different medications and stuff but I’m not sure theyre the solution. I think I should start micro dosing.

Lad at work keeps making jokes about me never talking and it’s starting to annoy me as I thought I’d improved on that recently and I feel like I talk an appropriate amount. Basically I’m just the man with no personality to everyone but my gf.

Ok This is probably weird/stupid. I spoke to some lady last night at a gig who was collecting the tickets and she spoke to me with such a friendly confidence. it puts a spring in your step just having 1 minute encounters that are super positive and wow I can really appreciate a friendly confident person. They probably lift the lives of everybody they encounter. Amazing. People who’re good in public facing roles are under appreciated.

Networking events are a bit of a nightmare for me. I get to worrying that I’m way too lacking in confidence to be able to make it in the “creative industries” - a lot of these people are crazy self-confident

Yeah that’s what my life is too.

Someone once said “you don’t like talking much, do you?” to me on a day where I’d been making more an effort than usual.