The last one was amazing, Europe have started very very well in this one.

Why does this finish on Monday?!?

Full disclosure- i don’t watch a lot of ladies golf….but what I’ve seen their short game is absolutely incredible, reckon their stats would all be up there with the top men on their tour.

Heck of a putt from Kucho there

@StephenMangan
Nice to see Arsene Wenger talking some time out to enjoy the Solheim Cup http://t.co/Sockge145Y 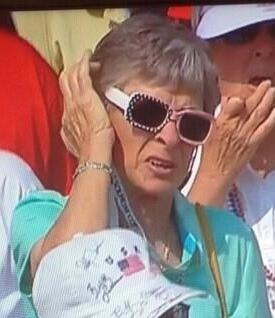 Good lord some of the putts being made have been incredible

This is gonna be close

Recommend it to any golf casuals who tune in for the Ryder Cup, the atmosphere is similar but without any of the bombastic machismo

Nelly Korda is some athlete

Really great competition. Was some putt to seal the deal there, knowing that if she missed the Americans were surging in the remaining games.

Fair play to the American crowd too. Yes, there were dickheads. Yes, they have the worst chant in international sports. But they kept the team going right until the very end, when most crowds would have probably been silenced by the early losses.

Amazing how every female golfer has the perfect swing.