Songs where you heard the cover/sample before the original

Rock the Casbah just came on and I remember being really confused the first time I heard it as I thought it sounded really similar to the turn-of-the-century classic Will 2K by Will Smith.

The same thing happened when I heard Real Love by Mary J Blige and it turned out that Romeo and Christina Milian had swiped the riff for It’s All Gravy.

Got into Imogen Heap because of Jason Derulo.

100s. I was doing that 1001 Albums… list a while back and it’s funny how many hip hop artists sampled rock stuff from the 70s. And it really hooks you in. I’d never really listened to Jefferson Airplane before, but a sample that Black Sheep used caught my ear and I ended up really getting into the album. Today by Jefferson Airplane on WhoSampled

Discover all samples, covers and remixes for Today by Jefferson Airplane

Definitely heard Soho’s ‘Hippy Chick’ before ‘How Soon Is Now’

For better or worse, I think for me the answer is just about every cover I’ve ever heard with the notable opposite-end-of-the-spectrum exceptions of 311 doing The Cure’s “Lovesong” and the Pumpkins’ amazing cover of Talking Heads’ “Once in a Lifetime”.

That reminds me, I heard the Jack Off Jill cover of Lovesong before the original, can’t decide which I prefer tbh 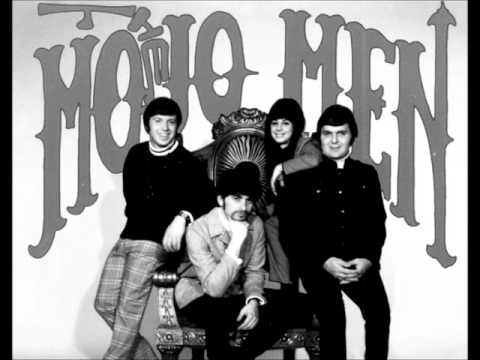 Loads of Kanye ones - the riff for this is used in Hell of a Life and sounds class.
As a young, ignorant teen, I remember hearing Move On Up (consciously) for the first time and realising that Kanye nicked that for Touch the Sky which was mindblowing to me.

That’s part of the fun of sampling though, making these connections and piecing bits of music together.

Definitely heard Soho’s ‘Hippy Chick’ before ‘How Soon Is Now’

(Despite being as obvious as a kick in the balls, it took an embarrassing number of years of listening to Ill Communication before I realised that sample was from Root Down.)

the Pumpkins’ amazing cover of Talking Heads’ “Once in a Lifetime ”

I regret clicking this

Loads, but some big ones that spring to mind:
Ice Cube ‘Check Yourself’ before Grandmaster Flash ‘The Message’.
MC Hammer ‘You Can’t Touch This’ before Rick James ‘Superfreak’.
I don’t know the artist, but I remember my uncle playing us some old funk records and hearing Portishead samples.

Jesus Christ @TAFH33 you may listening to things a little too much through the ears of a fan if you think this cover of Talking Heads is somehow amazing.

And almost all of DJ Shadow’s Endtroducing…

Pretty much any Tribe Called Quest track had me searching out the samples, but I now absolutely love Freddie Hubbard’s Red Clay album because of ATCQ’s sample

Knew this song in many forms (A Tribe Called Quest, Freeway, etc) before I ever heard the original. Has to be one of the most sampled songs ever and for good reason.

Definitely heard This Mortal Coil’s version of Song To The Siren long before the Tim Buckley original.

I didn’t even know the Kim Carnes one was a cover!