So, a place to discuss sortition - a quite different implementation of democracy to the one we have in the UK and afaik most other places.

In governance, sortition (also known as selection by lottery, selection by lot, allotment, demarchy, stochocracy, aleatoric democracy, democratic lottery, and lottocracy) is the selection of political officials as a random sample from a larger pool of candidates. The system intends to ensure that all competent and interested parties have an equal chance of holding public office. It also minimizes factionalism, since there would be no point making promises to win over key constituencies if one To... 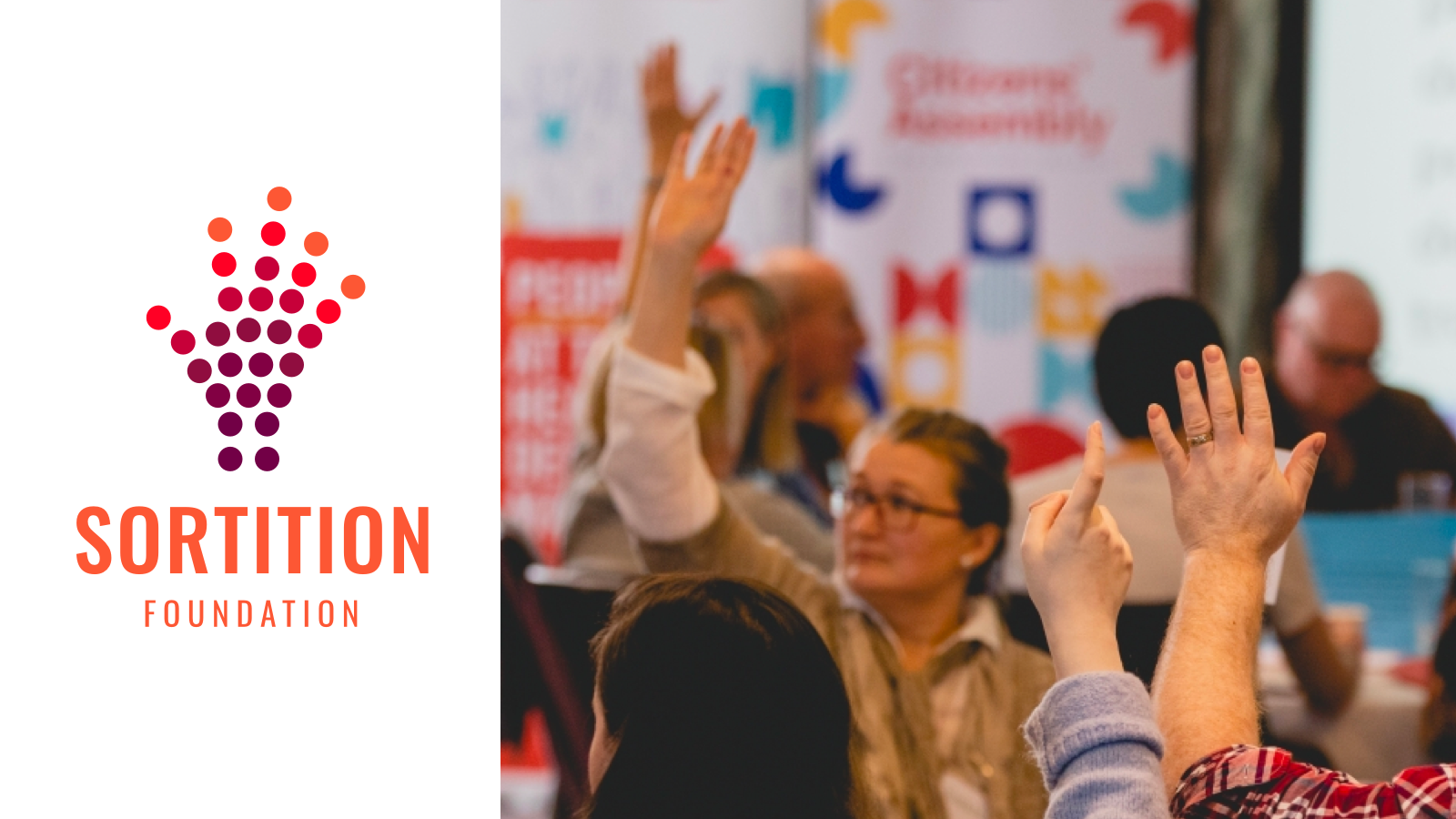 We promote and institute sortition in empowered assemblies, and envision a world free from partisan politicking, where a representative random sample of everyday people make decisions in an informed, deliberative and fair environment. Join us!

I haven’t put any thought into it beyond the very shallow, but it has the feeling of proper fairness. And as with a lot of things which would mean a huge shake-up of our whole system I get the sense that any aversion to it I may have is grounded in practical questions over transition rather than the principle itself. E.g. our current system does not prepare anyone for it and so selecting people randomly could lead to absolute horrors.

Are there more or less appropriate scenarios for sortition? Could it sit well with other democratic systems? Does it work on a national scale? How is expertise injected where necessary?

I believe this is how we should decide our head of state, ensure they’re politically toothless but you get a nice hat and a stay in the big house as long as you go to all the openings and greetings and such. New king/queen every 4 years (or lets say option to extend to 8 if they’re really good at it).

I think the head of state should wear an outfit like a football mascot, but that’s a different topic!

How are issues of pre-selection addressed? I presume you can’t force people to be up for selection, but if not everyone is involved that’s going to be an issue I would have thought. My pair of experiences of being called up for (but not ultimately required for) jury service put me on the sceptical back foot with this one. But on the other hand.

It’s not as if we don’t already suffer from those, so what’s there to lose?

Could be tricky to make it work TBH. I think the problem as I see it is that even assuming we transition to it fairly easily, the parliament we elected would need to work together somehow and they would naturally create factions.

If we’re going to say it’s entirely representative, so that as a group it will meet at least the same %age in the population of men and women, and then within those groups the breakdown of non-white backgrounds, then we’re already having to avoid other factors: those who don’t identify as men or women, the various religious splits which are important even if we are also trying to separate state from religion, etc.

Even with that broad grouping it seems likely unfortunately that the first factions are going to be white people as a bloc and while there are going to be white people who refuse to be in that bloc because they recognise the mistake that will mean the white bloc is now losing some progressive members from the outset. Dunno, I am a cynic but one good thing about the party system even if it is really failing leftists right now is that it should be making people work together to a purpose, if that makes sense?

Would we even have such a body? It’s inherently centralizing and serves to mask or attenuate self governance

Yes, how do checks and balances operate? A random selection can still throw up very homogenous groupings. Do you apply quotas based on demographics? (I’m not questioning you directly btw)

Or, i guess the question could be, if we have a body like Parliament, does sortition work as a means of selecting its members?

I don’t see how we can usefully redistribute wealth via taxes if we don’t have centralisation really.

Imo sortition (or something functionally similar) should just be incorporated as a basic function of most organisations/institutions, even where elections take place. For example, you could select the head of your local branch of your particular Workers’ Council, but the regional or national head should be appointed via sortition from that pool. Meanwhile Local Authorities and the executive branches of regional or national authorities would consist of proportionally apportioned seats for Workers’ Councils and civil society/community organisations, again appointed by sortition from a democratically selected pool of people within those councils and organisations.

That way democracy is kept specifically local and accountable so as to remove the many layers of abstraction that liberal democracy depends on (to continue to claim the virtues of democracy while specifically upholding a system that is anti democratic). The legislature would largely consist of laypeople, while the executive branch should consist of people who a) don’t and cannot have private material interests in particular political decisions but b) are cognisant of (and embedded in) the structural interests that they are there to represent

Only problem with this system would be that you would need quite a strong civil service that would have quite a lot of discretion to set standards and guide laypeople in the legislature. So you’d need some kind of radical approach to that too but cba thinking about that right now