Southerners that made their mark being Northerners on TV

Seems to me Corrie is rife with LIARS

Isn’t he the voice of the Meerkats and the voice on numerous other adverts as well?

He’s from Cumbria I think

Might put Samantha Morton in here too. Midlands though so idk.

But her first few TV appearances were as Northerners in Cracker, and starring in Band of Gold.

I’ve started watching Our Friends in the North and assumed Daniel Craig would be a shoo-in for this thread, shocked to discover he grew up in Chester and the Wirral. Doesn’t seem right at all.

Our Friends in the North

Assume it’s a rewatch; how are you finding watching it with a 21st centrury perspective? I haven’t watched it this time around but still have it up there in my all-time top 2 or 3 drama series

I’ve never seen it before, was inspired by bugduv’s thread on it. Only a couple of episodes in, my main thought is how “stagey” it seems but I think it was originally an RSC production so it makes perfect sense. Will wait until the end to judge on the politics side of things!

Yeah, I can believe that. At the time it was landmark stuff, can’t remember anything previously with such ambition and scale. TV has obviously moved on a lot in the past 25 years or so I wouldn’t be surprised if it has dated somewhat. 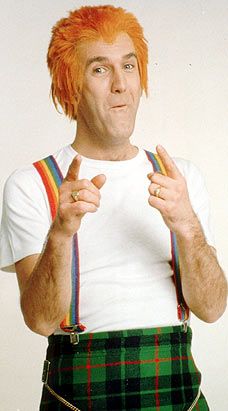 Went to see him on Blackpool Pier with my nan when I was tiny. Think I had a crush on him

GoT is full of them, glad Olivia Cooke is helping tip the balance in the opposite direction though haha

Great days - I went to a show at the Opera House in 1988 featuring Les Dawson, Keith Harris, Frank Carson and the Roly Polys!