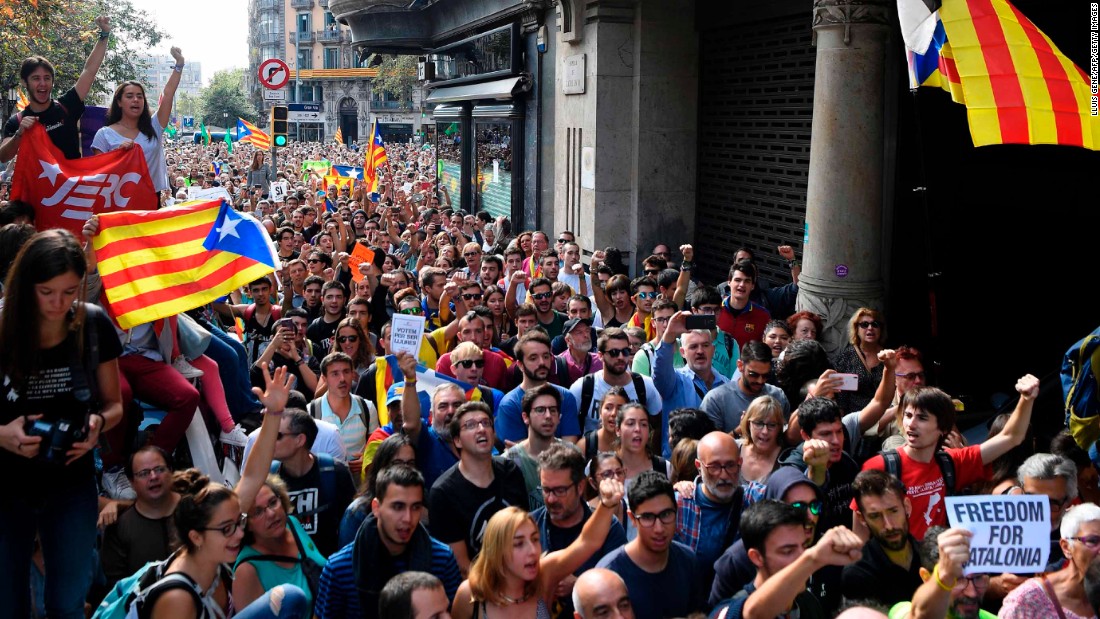 The Catalan President has accused the Spanish government of imposing a "de facto state of emergency" after national police arrested several senior regional officials in an effort to halt a disputed independence referendum. 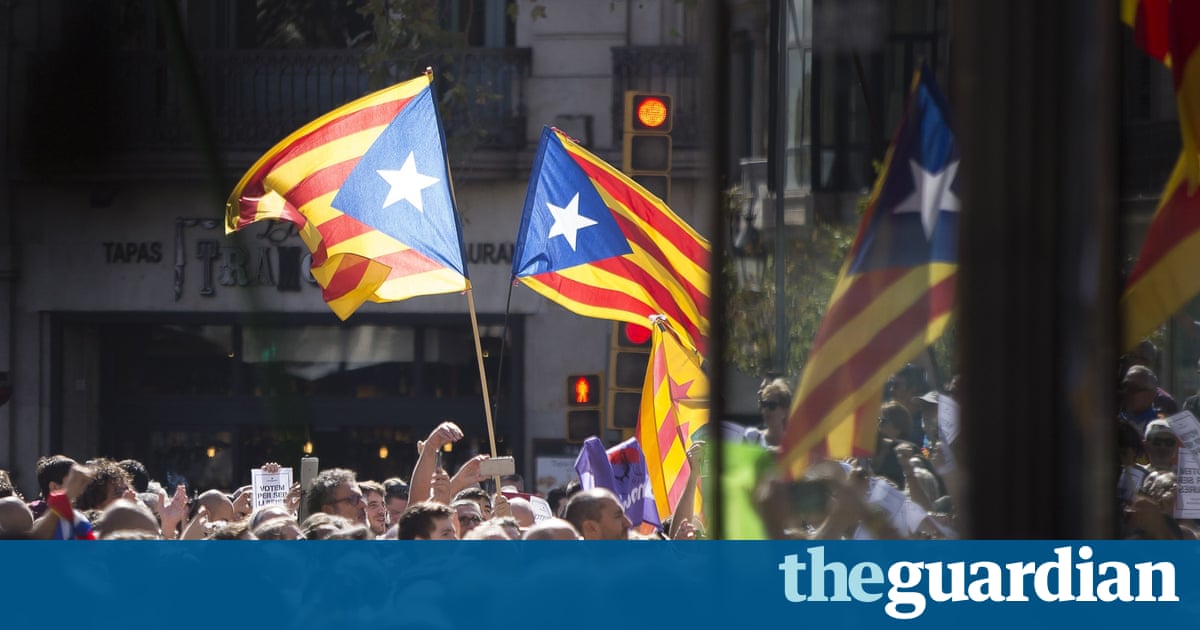 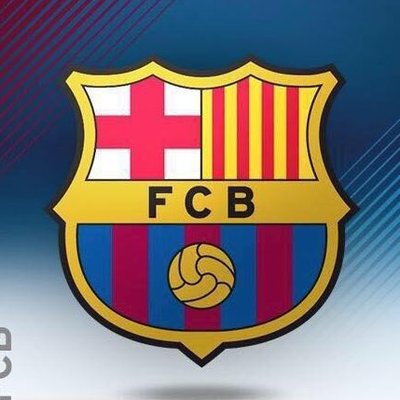 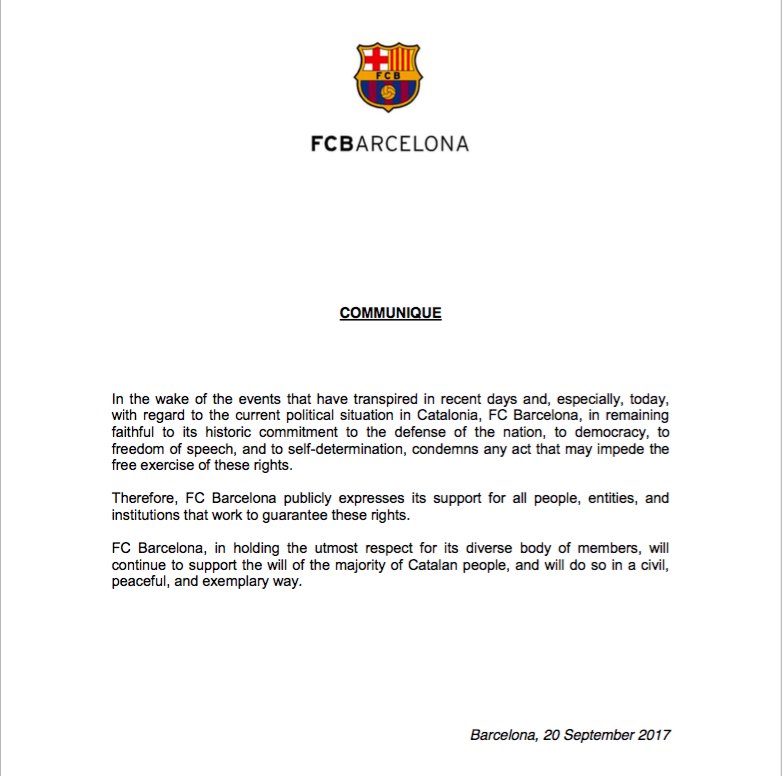 Sinn Féin MEP @M_AndersonSF has said the #Catalan people must be allowed to have their say in their independence referendum unhindered. https://t.co/HdaQ4ZTdMW
Ruffers 20 September 2017 20:07 #4

All in preparation for the Lord of South London’s arrival, so I’ve heard.

I love Spain, and the selfish part of me that speaks Castilian (very poorly) would prefer Catalonia to remain. But the government’s absolutely shat the bed there - wouldn’t be surprised if it turns a lot of neutrals in favour of independence

is this a football joke? (i’m more of a backgammon and port man myself)

its quite complicated and a majority of Catalans don’t want independence in this form, and the leaders of the Catalan independence movement are shady as fuck capitalists, but arresting a tonne of them is probably the worst thing the central government could have done.

A selfish part of me wants them to stay because I wrote an essay 9 years ago predicting that.

should be offering the catalans (as well as Galicia) ‘devolution max’, but the government/state apparatus in Madrid is corrupt and hellish as fuck and full of ex falangists so…

do you know a good source for on the ground news? get the feeling there’s a lot of shady financial interests here. apparently a survey from earlier this year said 49% of catalans don’t want independence, 41% for, the rest not fussed. seems like an ott response from the government could well shift support to the independence movement.

el pais is okay for Spanish news I guess, el periodico too.

really there’s not a great source for on the ground news in Spain aside from twitter and the various anarchist publications that sometimes appear online. its pretty much the thunderdome there for information, especially if you don’t speak Spanish.

this is quite good Kings in the Alhambra, Tanks in Barcelona | Novara Media

The latest independence referendum in Catalonia has been declared illegal - and central government has offered the region a simple choice: abandon the plans for the referendum, or lose all their budgetary powers. This is just the latest in a history...

the pics from Barcelona look nuts

The photo. Spontaneous protest in Barcelona in support of right to self-determination of Catalonia https://t.co/FKvVOdnoJt 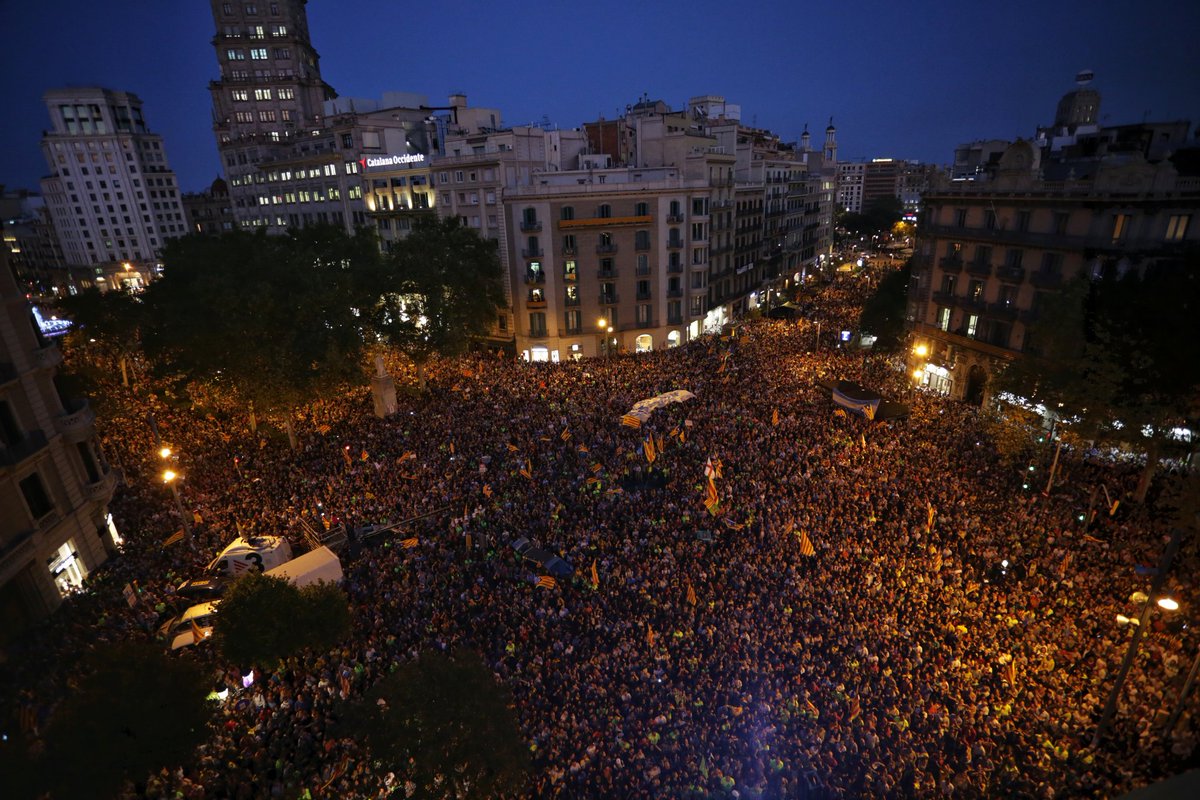 btw, Rajoy is from the same part of Spain as my fam, alongside a number of massive wallys that include General Franco, Feijoo (current president of the Xunta with ties to the Colombian drug cartels), and this cunt:

Manuel Fraga Iribarne (Spanish pronunciation: [maˈnwel ˈfɾaɣa iɾiˈβaɾne]; 23 November 1922 – 15 January 2012) was a Spanish professor and politician in Francoist Spain, who was also the founder of the People's Party. Fraga was Minister of Information and Tourism between 1962 and 1969, Ambassador to the United Kingdom between 1973 and 1975, Minister of the Interior in 1975, Second Deputy Prime Minister between 1975 and 1976, President of the People's Alliance/People's Party between 1979 and 1990...

Had a guest lecture whilst doing my undergrad in Spanish from someone who has a PHD in Catalan Studies and his oficial opinion is it’s not going to happen any time soon.

What the h is going on over there

If anyone is in central London today and feels suitably outraged (which you should tbh) then this is happening: 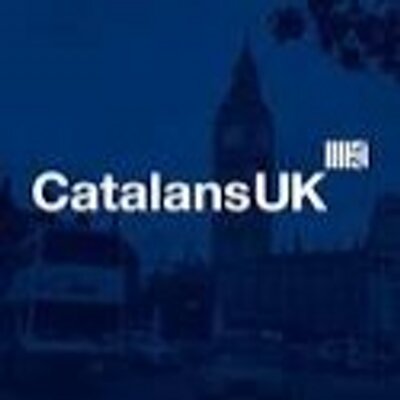 At 3pm we will be in Piccadilly Circus protesting against the use of force towards the Catalan people. Everyone welcome! #CatalanReferendum https://t.co/w2jIsV8zi4 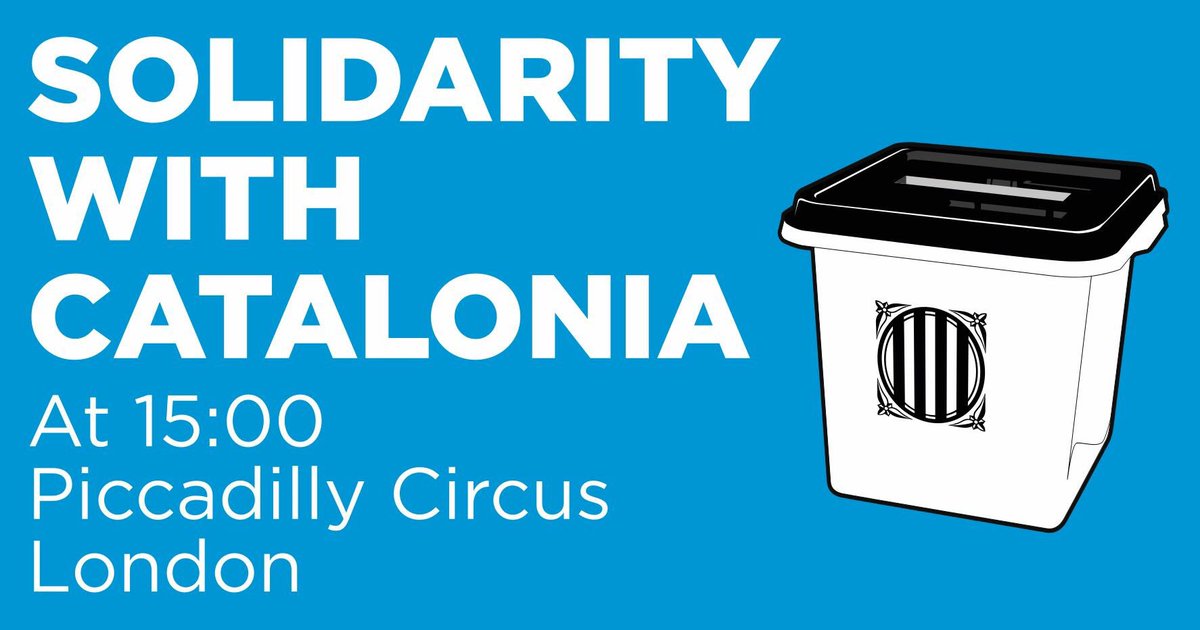