Speaking ill of the dead

They say you shouldn’t speak ill of the dead. But I disagree. If they deserve criticism when they’re alive why should that change just because they’ve died?

I don’t think that’s quite the point when people say that is it?

What do they mean then? Should I not be taking the statement at face value?

Some of the hero pieces about McCain have been nauseous. At the same time the ‘nah, fuck him’ spiel’s undignified and unecessary. I’ve always taken it to mean not to talk ill of someone when they pass rather than at all. I think it’s perfectly acceptable to debate the merits and faults of a person, but on the whole maybe it’s not necessary right after they’ve croaked, with some exceptions obviously.

I think I more or less agree with this

the picture’s really funny tho

The trouble is, why should we sit back and allow the right wing media paint someone as a ‘hero’, when they were nothing of the sort. That is an insult to the people who have suffered due to their actions (and inaction).

We’re not talking about the right-wing media, are we?

I’ve even seen left wing types on Facebook and Twitter saying, Oh, you can’t say that about them, they just died, fer chrissakes.

I think i’ve made my position quite clear. I feel criticism’s perfectly fine but maybe the timing’s important. There’s some serious shit on his record that shouldn’t be forgotten, but at the same time i don’t really like the modern way of dismissing people in whole within hours or even minutes of their passing, that’s all.

Having said that, i didn’t feel strongly in the case of, say, Thatcher, so maybe we all have our own line, who knows. Maybe the tone of things is as important as well. If discourse is informative and balanced enough then fair play, but most of what i’ve seen online’s been quite matter of fact and for me overly aggressive.

(Should add that i do think the picture’s quite funny…).

there’s a tension between not allowing hagiography to rule the day and not going so far in the opposite direction that we alienate potential comrades i suppose. but tempering the latter point is that mccain repeatedly, egregiously demonstrated he was an utter piece of shit time and again. he held literally millions of people in so much contempt, or so little regard, that he actively supported their destruction. i probably won’t be posting “semper fi, comrade tumour”, but i don’t begrudge anybody who does. he is resented by large numbers of people across the political spectrum for very good reasons.

I do strongly recommend the Rolling Stone article about McCain that @anon18868718 posted and see for yourself the kind of man he was, as long a read as it is. Bear in mind that he was the smart, free-spirited, principled, hard-working warrior of the Republican party. Dwell upon what the rest of them must be like. Tim Dickinson’s 2008 profile of then-presidential nominee John McCain offers a revealing portrait of the man who took on Obama.

With a few exceptions for actual monsters like Pinochet I’m not particularly a fan of ghoulish celebrations of death that are the thing in edgy lefty circles. The fact is there’s hundreds of McCains in existence, hundreds waiting anxiously in the wings, it’s a system of vast inequality that enables their naked self-interest and vile behaviour, one of them dying should be treated with nothing but a shrug of the shoulders.

But I do think it’s important to appreciate how the MSM aggrandizes these types of people, makes you feel like you should care about them, their supposed accomplishments and in particular what nice people they were. These are the rewards for people who act in the rich’s self-interest, that no matter how mediocre and nasty you were, no matter how many third worlders you condemned to death, you’ll get a solemn, touching tribute on the Beeb and MSN. See it for what it is, don’t be fooled into thinking you should feel sad at his passing or for his (equally abhorrent) family out of a misguided sense of balance or humanity.

Should be in politics, eh.

tbf that shit at nakatomi plaza was pretty heroic

Agree with this, broadly.

I think things do need to be said, certainly, as a corrective to the re-writing of history by ‘moderates’ who are perfectly happy to endorse right wing policy if it comes dressed in a veneer of civility. Eg: @DMiliband
Sincere condolences to @cindymccain and the entire McCain family. Senator McCain needed no lectures that politics mattered. He CARED for those at the sharp end. When the cause was just, he was ready to sacrifice. His life was a lesson in fortitude and service.
3 Likes
blimeycharlie 27 August 2018 13:30 #15

Thinking about it, the whole “not speaking ill of the dead” is probably a fairly recent (last 100 years or so) concept. When King George IV died, the Times obituary was scathing: “Never has a man been less regretted…” or words to that effect.

More recently the Telegraph used to occasionally run critical obituaries (don’t know whether they still do as they’re now behind the paywall):

Lord Michael John Henry Pratt (15 August 1946 – 3 September 2007) was a scion of the British aristocracy. An eccentric, he is best known as the author of several historical books. Michael Pratt was born at Bayham, near Lamberhurst in Kent, the younger son of John Charles Henry Pratt, 5th Marquess Camden, and his second wife, Averil Streatfield. The Pratt family were lawyers and politicians, and became wealthy through large property holdings, particularly in Camden Town, although the last prope...

Having said that, i didn’t feel strongly in the case of, say, Thatcher, so maybe we all have our own line

It’s 100% this. I think you’ve argued your side of things well but ultimately this is what it comes down to. If you think someone is a despicable human being you’re not going to respectfully mourn their passing. 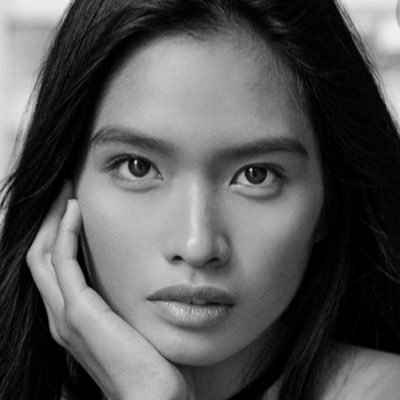 @IiIydivine
John McCain bombed a Vietnamese light bulb factory killing 1000s of innocent civilians before he was captured. He made a career auctioning off Indigenous lands & water to corporations. He was a ruthless & heartless person. Death doesn’t make you a saint.

i feel that in most cases it’s a bit crass to use the fact that someone has died as a prompt to criticise them.

i’m not saying nobody should ever say a bad thing about someone who’s died, but maybe the time to say those things isn’t right after they’ve popped their clogs? people tempted to speak ill of someone who’s just died should remember that the reason they’re thinking about that person is because they’ve just died

you might think someone’s a bad person but imagine how upsetting it would be if your close relative died and everyone chose that moment to air all their opinions about how bad they were.

you might think someone’s a bad person but imagine how upsetting it would be if your close relative died and everyone chose that moment to air all their opinions about how bad they were.

Yeah, this is absolutely right in fairness.