Just thought we needed a space to discuss the governments recent decision not to delay the transition date plus AOB I guess. 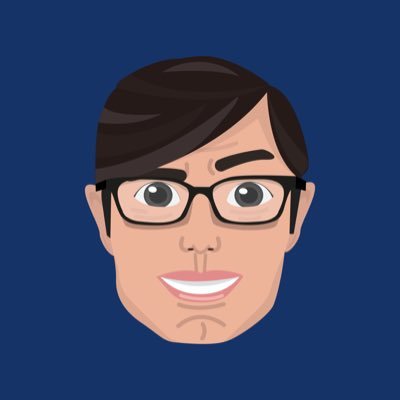 Government hardens line on not extending transitional arrangements with EU. PM’s official spokesman says that even if Brussels suggests or requests an extension, the UK government will say no. IMF’s overnight nod that this is not the moment for abrupt break is rejected
Politics: The Long Smarch (2020)
CillaCrack 23 April 2020 11:28 #2

This seems absolute madness to me but I’m not one bit surprised.

New: ITV News National Editor Allegra Stratton is leaving to work for Chancellor Rishi Sunak as Director of Strategic Communications at the Treasury, ITV News staff have been told in an email.

@josephmdurso I'm sure @PrivateEyeNews will remind us when Allegra Stratton was at Newsnight filming about people on benefits in Tower Hamlets. The programme apologised to one woman interviewed. Even worse when you read the PE story. Seems austerity measures will return with Rishi https://t.co/BmaHdM9TIs

Ah, I know the name. Very familiar. But wouldn’t be able to say much about her. I’ll just have a quick recce on Wikipedia.

Makes sense that the name would be so familiar. And I see she’s written a book, too…

… she wrote the novel Muhajababes , which explores the youth culture of the Middle East, which addressed the contradictions of modern life of young adults in Muslim societies.

Allegra Stratton is married to James Forsyth, political editor of The Spectator magazine.

The biographies of these people are so one-dimensional and repetitive. And so tightly interwoven. Just a chummy mates merry-go-round innit? Zero surprise that there’s no proper accountability for huge parts of what goes down in Westminster. Inevitably the same in other industries, right enough, but less visible (though the difference is that other industries don’t pretend to be a beacon of democratic representation for the entire rest of the country). I realise this isn’t a particularly insightful observation, but it’s useful to remind oneself every so often of what’s what.

Yep, last week journos were wringing their hands about how their trust ratings were so low - lower than politicians even - and it’s clear why, it’s because people recognise they the two groups are fundamentally the same, but at least the politicians aren’t pretending to stand in an adversarial role to something.

Like you say, I know it happens in other industries, that regulators will be drawn from the very companies they are expected to regulate, but the whole pantomime of lobby politics is enough to radicalise anyone.

Trump’s obviously a wank, but he’s not daft for running with the ‘drain the swamp’ thing.

Scottish Politics isn’t immune from these things by any stretch (although a different and better political culture undeniably exists to some extent). But it’s so easy, and not without legitimacy, that the finger is pointed at the aforementioned LME love-in as having zero interest in the betterment of people thoughout the UK.

On that note, Brexit gets painted as a xenophobic endeavour. And it very much is. But a good chunk of Brexit types aren’t motivated by hate (though they need to own up to turning a blind eye to this aspect): they’re fuelled by an exasperation with the political troughers.

tl;dr - Lotta people wanna fuck shit up, and it’s easy to see why. And I see this sentiment as being at least as relevant as identity politics in explaining our current state of play.

Not really one for the Coronavirus thread, but the PM (and his fiancee) have reportedly just had his [insert number here] child.

I mean, congrats I guess, but you can already tell the reporting of this is going to be just as full of misdirection and weirdness as when he was in intensive care. Labour were apparently informed this morning the PM was not taking part in PMQs, so there was a lot of speculation that Johnson hadn’t fully recovered yet.

The Guardian (direct quote) have said “Downing Street played us all quite brilliantly” by now announcing the birth instead, because all of these things are just a game to be played. And from what I remember, the baby was due in the summer, so presumably things were not exactly uncomplicated.

Don’t really know where I’m going with this other than I predict we’re a matter of minutes away from a call for a national round of applause to celebrate Alexander Boris de Pfeffel Johnson Junior, whose birth and his father’s illness will ultimately be used as justification for doing all sorts of terrible things to the NHS, and anyone who calls that out will be shamed for “playing politics” despite the very announcement of the child’s birth apparently being used for that reason.

(Oh, and of course no one will ever mention his ex-wife who he cheated on and left alone with four children while she was in treatment for cervical cancer because Boris is just such a bloody great chap. Imagine if Corbyn, etc, etc, etc.)

I hadn’t realised about his ex-wife until my Mum told me the other day. I mean, even though it’s Boris and you come to expect that level of shittiness but I was genuinely shocked. Man is absolutely awful.

Having babies change us. Near-death experiences change us. @BorisJohnson has the full set. So will he become a very different PM from the one the UK voted for in December?

Did he forget that this wasn’t Johnson’s first kid or…?

For the right, of which unfortunately most of our media comprises, anything is a rabble rousing opportunity at this point.
From resurrection arc to awww look at the baby. He’s going to be fucking untouchable after killing thousands. Sorry if that sounds crass but fuck this.

@BorisJohnson has the full set.

Why yes, that really is the full set of experiences. Thank you Peston.

How blessed we are to have someone with all the experience leading us at our time of need.

They’re going to call him Captain Tom aren’t they.

lmao what is Keir Starmer doing

And forgive me for not watching a 21 minute PMQ video on the off-chance of finding out.

I’m guessing somewhere within those 21 minutes is the bit where he’s patting the government on the back for how it’s dealing with the current situation.

Do you mean praising the government? He needs to win over Tory voters, he’ll have calculated that just slagging off the Tories doesn’t play well with them, better to try to come across as reasonable. Pure Blair.