if there’s one thing the homeless can afford, it’s a brand new home!

Something about the phrase “starter homes” really fucks me off.

It’s very diminutive (to the target audience) and dogwhistle-y (to pricks who worry that all the advantages that their homeownership are about to be eroded).

Makes me think of houses like the ones we looked at where anything bigger than a double bed pushed against the opposite wall meant you couldn’t actually open the bedroom door and a living room that you could just about squeeze one sofa and a small dining table in.

Oh, you want to air dry your laundry*?

Fuck you. Do your time in a habitation module, starter prole.

‘We’d be 20 points ahead with literally anyone else as leader!’ 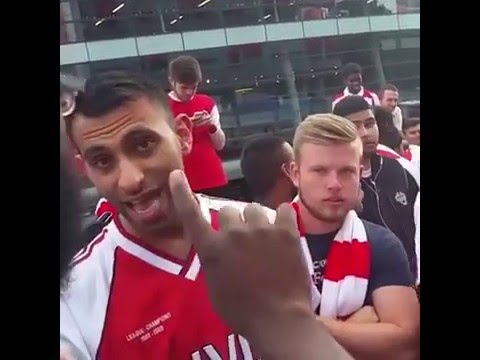 Aggregated polling has been showing a movement in Labour’s direction of course. Although it would’ve probably been the same had Corbyn still been in post. 4 years out from an election, government doing a bad job, people start to look at the alternative, hooray for a two party system.

4 years out from an election, government doing a bad job, people start to look at the alternative

Only the Lib Dems…

Although it would’ve probably been the same had Corbyn still been in post.

Nah. The only thing that could distract the press from the story of government failure is their hatred/apathy towards Corbyn and the desire to frame any Opposition led criticism of the government as business as usual, left vs right bickering. Corbyn would have played right into that.

Corbyn only ever had net unfavourables. Starmer’s only ever had net favourable ratings. He’s not the story - the donkey sanctuary failure proved that - so the government has to be, even for the right wing press who really don’t want to be in this situation.

Ahaha you believe this, incredible.

Probably should reboot this for June particularly since Cohen has just dropped this incredibly insightful article.

The lethal combination of Brexit and Covid | The Spectator

The combination of Covid-19 and Brexit is a double whammy. The first was a haymaker that hit Britain from nowhere. The follow up will come when Britain, quite deliberately and with malice aforethought, winds up its fist and punches itself in the...

How could we have seen this coming

the donkey sanctuary failure proved that

Don’t think that was ever a real attack tbh, it was just a jab to test the defences - see who’d come out on Starmer’s behalf compared to Corbyn, so they know what to expect when the real smears start (which will be Savile etc)

Yeah some of their first attempts on Corbyn didn’t stick either, doesn’t mean they didn’t keep trying

if you’d given me the headline without the rest of it, I’d have been totally convinced it was the star not the mail

Bit political for the Star that

Corbyn only ever had net unfavourables.

And in spite of this for significant periods post 2017 Labour and the Tories were evenly matched in the polls. I differ with absolutely EVERYONE on here re: press influence on voting intention - but I think in this instance it’s particularly notable. We live in essentially a two party system, public confidence in the Government is falling notably at present. The median voter who isn’t remotely keyed in to anything in politics outside of the issues of the day and their own engrained biases (as are we all) will, when asked in a poll, be starting to look at ‘the other lot’ out of dissatisfaction with the incumbent. Starmer’s job now is to not do anything that will turn people off him and his party and give people a reason to think early doors “yes he, and they, seem alright”.

Which is why people like this don’t infuriate me as much as they used to. If he goes into the next election with something vaguely resembling Corbyn’s old platform and he’s biege and posh enough for the cretins of this country to vote for him, I’m on board. I’ll admit I was wrong all along about him. Three cheers for the jawline long con.

However the fact that people like David Miliband are lining up to say they support him though tells me they know something we don’t, i.e. that he has no real intention of redistributive politics if he ever did get that far.

You’re a bigger man than I am

No Ju(stice)ne No Peace! (The June Politics Thread) Social

Peston once again completely fails to understand the consequences of austerity and the systemic underfunding of health services for people with special needs Cohen grapples with the fact that the government he and the publication he’s writing for enabled, might be on the way to yet another monumental cock-up. AOB?