Statues in your town

Statues are hot news right now (rightly so, not trivialising anything), so what’s your town, city or hamlet rocking?

The only ones I know of in Nottingham are for Robin Hood, Jesse Boot, Robert Juckes Clifton and - especially cringeworthy - Brian Clough (no, really).

Just this one from the nursery rhyme I think

some kind of heavy artillery thing

Oh yeah, we’ve got a cannon in the arboretum.

My current town: we yeet our statues into the Avon

The Steelman. Not much of a story to the lad, it’s just a steel town. Corby FC’s ground is called Steel Park too (obviously should’ve been called The Furnace ffs) 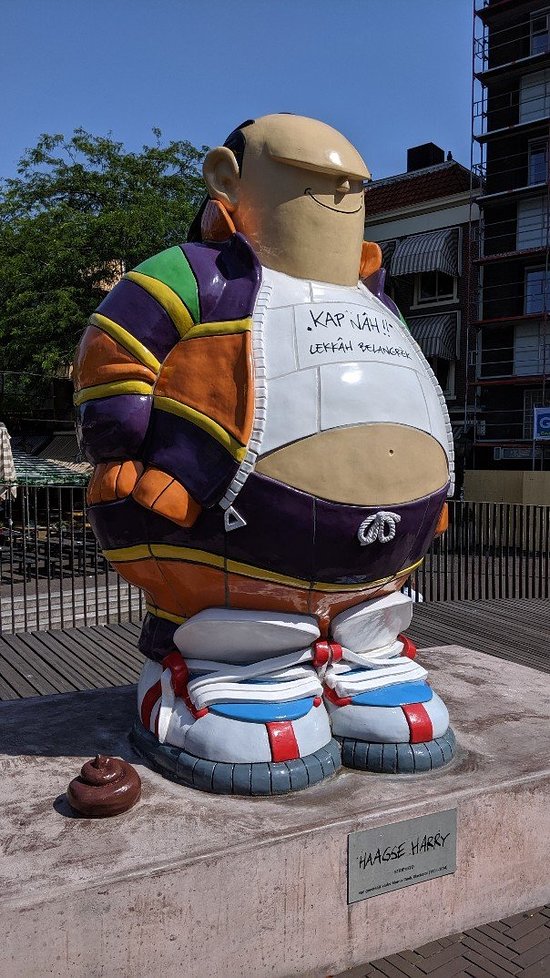 Mate, what the fuck is that?

Most public statues are bullshit - rich men or nameless token women, their placement is political as well as the choice of who it is and honestly they should all be scrapped. Except for that cartoon character one in Glasgow.

Brno had this lovely horse

and if you stand underneath it, this is your view…

This would be good if it weren’t for the man of war riding him.

Yeah, the fact that we have a statue of someone who managed a football team for a bit and it’s right in the middle of town. It’s fucking ridiculous.

a motto for life

There’s that bear at Woodthorpe grange too

Ooh don’t know about that one

Clough is the only Nottingham statue I remember seeing. I have no problem with statues of really good football managers tbf

Seems a bit low effort to earn a statue though. Someone from Nottingham invented ibuprofen ffs.

We’ve got a few

We’re getting Gandhi statues everywhere (around the world) soon as part of some nonsense vanity project. I sat in on a meeting about the Manchester one and the council agreed to foot the bill (somewhere between 70-90k), they’re despertaly trying to attach meaning to it (and keep that figure secret) by placing it near Manchester Arena, i presume to bolt on some Arena Attack meaning when in fact they were happy to pay and place it anywhere as they’re cosying up to the man running the project and they only started to plan an actual tribute to the arena attack victims about 10 months after the Gandhi agreement.