That sounds positive, hope he’ll recover well. Good to have you back pal

love every track on here up through fire in the hole, albums kinda dies after that for me.

voted only a fool would say that cos that smooth groove. but the big singles off this have taken turns being my fav at some point.

oooooo those slow horns at the beginning of Dirty Work. Smoooooooth.

Its a GREAT debut record. Surprised no votes for Kings but what can you do when you have some massive heavy hitters throughout. Remember my dad talking about hearing Steely Dan for the first time, said not a note out of place. Attention to detail in the studio like none other.

Kings is so good.

Midnight Cruiser might be my least favourite Dan song

ultimately I think it’s good that they settled on Fagen as lead vocalist after this, as much as I love the other songs on this record I think they’d sound overly polished and weird moving forward

I think it’s the 1st album of theirs I listened to (already knew a bunch of the more famous songs just from the radio and whatnot), but it was possibly PL. Anyway, it’s really great. I always imagine listening to it whilst driving around LA in the 70s.

Yeah I very very nearly voted for kings but what can you do with those two opening tracks right there.

Only really familiar with Can’t Buy a Thrill and Aja so I’m looking forward to more of a delve through these threads. 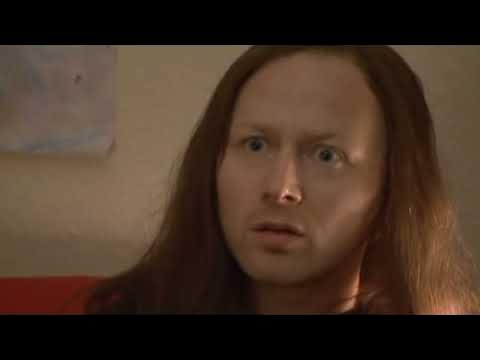 As has been said numerous times already, to begin with such a well formed, musically accomplished, debut is quite remarkable. This is the Dan album I am most familiar with front to back, and this and Countdown to Ecstasy are the only ones I really return to.

My thoughts on their output after those two are that they became over polished studio projects, at times bordering on cheesy, and I can understand where the haters are coming from. There are many highlights that make for a fine Greatest Hits after this point, but I find some of the albums a real hard listen. With some trepidation I will stick with the listening club past CtE to see if my opinion has changed at all.

Onward and upward we go. Next up Fagen and Becker are never going back to Bard College. CTE is all about side 2 tracks 1 and 2. Impossible for me to listen to that double of Show Biz Kids into My Old School without putting the needle back to the start and playing them again.

Mandatory call out that Show Biz Kids was made with a tape loop cos B and F wanted a disco style metronomic beat. And the backing singers are singing “lost wages” which is apparently something some comedian used to say as a joke term for Las Vegas

The extended guitar solos section on My Old School with the horns and whatnot is so so fucking good.

I think as a set of songs Countdown to Ecstasy is arguably stronger than any Steely Dan album apart from Aja (which is peerless on all counts).

There’s really not a weak or forgettable song on it - everything is so perfectly structured and executed that you could choose almost anything as a highlight but like @grievoustim i would pick the first two tracks on the second side. Having said that Bodhisattva, Pearl of the Quarter and Your Gold Teeth are right up there too.

It’s perhaps a bit of a transitional album so far as their sound goes - not quite as much of a fun ‘band’ album as the debut and not quite as formally perfect and musically ambitious as the later ones, which is why it gets overlooked a bit. Great album though.

One other thing I meant to add - Fagen’s vocal on The Boston Rag is perhaps the best he ever sang.

I’ll listen to this record about 5 times this week as it remains one of my personal favorite’s in the Steely Dan catalog.

Moving on from David Palmer, think Becker and Fagan were a bit weary of becoming a bigger rock and roll band like some of their contemporaries at the time after Can’t Buy A Thrill. A fact they made known they certainly did not want to be. Think they tried out Gerry Rafferty who was playing with Stealers Wheel at the time. So Fagan steps to the forefront and the story grows.

Opens with Boddhisattva, picturesque quintessential Dan production. Becker and Dias trading blows on the guitar. The only song I can do without on the entire record is the next track Razor Boy. The vibraphone and Skunk’s pedal steel don’t mesh with me. Boston Rag is great. Over the top production (even by Steely Dan standards), but peaks big time when the chorus hits. Fabulous finish with Becker and Dias ripping it again to find a fluttering finish back into the chorus. Show Biz Kids I find a bit funny. Some of this record recorded in Hollywood, Fagen’s disdain for the type of crowd flounders here. Continuous repetition of “go to Lost Wages” by background singers throughout gets old about 30 seconds in though. More guitar solo shredding however.

Then we come to the grand glory of My Old School. One of my top ten Dan songs probably. Wonderful lyrics about Fagen and girlfriend getting arrested for smoking pot with like 50 others, a raid happens, thrown in the country jail. Enough for Fagen to say no thank you Bard. Just a fantastic soul rocker, horns eminently provided that show stopping beat. Pearl of the Quarter feels like a lost Flying Burrito Brothers or New Riders of the Purple Sage track with the Americana pedal steel and subtle piano vibrato from Fagen. Denny Dias closes with a nice wah type guitar intro on King of the World.

All in all, just a band who resounds confidence with this record. Realizing Fagen needs to sing lead, also provides superb lyrical content. Dias and Becker are absolutely tight as a duo trading solos throughout. The world was their oyster after this and we are all better for it.

Also, what a back cover. Going to find that picture and get it framed. Best thing about this is that the raid was organised by an ambitious young DA called G.Gordon Liddy who was later the chief organiser of the Watergate burglary.

Bodhisattva: Dan in my least favourite mode, all a bit frantic
Razor Boy: more like it, nice and loungey, get swept away in it every time
The Boston Rag: Outstays its welcome slightly and isn’t the most dynamic track, but it’s still good, just overblown
Your Gold Teeth: Okay I’m realising I love the lounge tracks but not the rocky tracks on this record. Love this shit. Still doesn’t need to be 7 mins long though.
Show Biz Kids: Banger, favourite on the album, we have it to thanks for The Man Don’t Give a Fuck too, wonderful
My Old School: wicked innit
Pearl of the Quarter: lovely
King of the World: washes over me a bit, but I love the guitars

overall maybe my least favourite SD album, but it still has great moments.

Mid week poll for the playlist. Pick your fav. 2 off Countdown to Ecstasy

I’m not an album person. So the songs I like by Steely Dan are all spread across.

The first song I knew by Steely Dan was The Fez because my (not at the time) husband had made a silly youtube with that song. That didn’t get me into them though.

They were playing in our area and my husband wanted to see them so I said sure, I listened to a few of their songs before going so I’d at least know them a bit. Still, didn’t really get anything out of the concert, or listen to them much after.

Last year was when I really started to enjoy them. Though like I said, I didn’t pick an album to listen, I tend to just pick an artist and then listen to their most listened to songs on a streaming service lol.

Anyway, my top 5 songs are prob

For the 5-7 of us still participating in this thread

onward and upward we go. Up this week: Was the first SD album that I got into, thanks to my dad repeatedly playing it until it clicked.

Rikki- such a tune, love singing along to it.
Night by Night- funky af, veers slightly too far into 70s Police drama theme music at times
Any Major Dude- one of the highlights of their entire catalogue innit
Barry Town - bit of fun
Toodle-Oo- could do without it
Parker’s Band- that guitar

one of the standouts
Through With Buzz- buzz is such an asshole
Pretzel Logic- banger
With a Gun- dunno why I do track by tracks cos I never have anything to say about music other than I like it. I like this!
Charlie Freak-one of the weaker tracks for me but I still think it’s nice and good
Monkey in your Soul- very fun. Love the fuzzy bass.

One of my favourite SD albums,