Gone to the great cosmic black hole in our understanding. RIP. 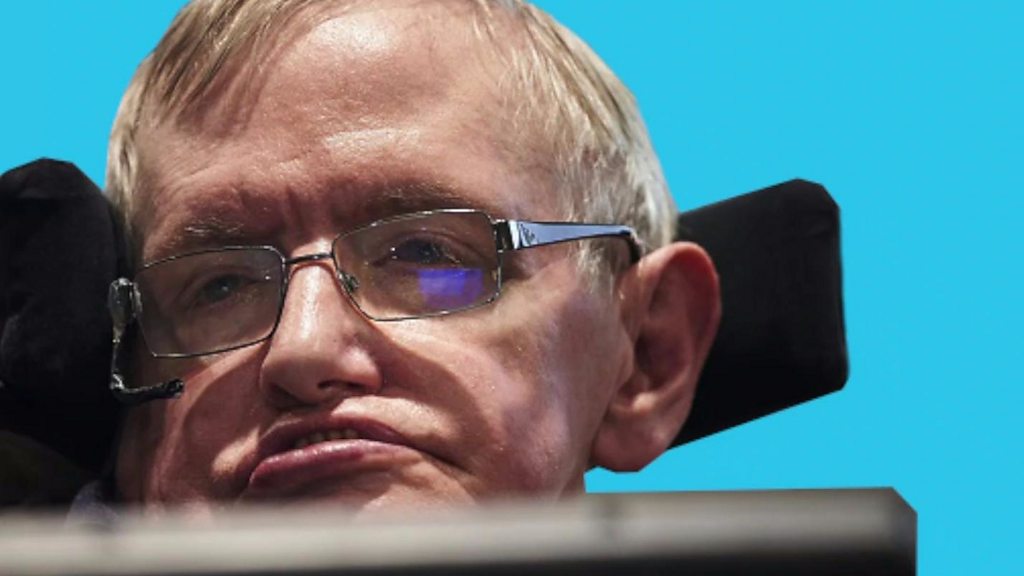 The British scientist who explained the Universe to millions died peacefully at home aged 76.

He recently spent a lot of time and effort campaigning for the NHS and pressuring Jeremy Hunt. A great and important effort in light of his failing health.

An absolute giant of the field, incredible he lived this long really

Yeah he was given just a few years to live at 22. Went on to spectacularly defy that. And, then, our understanding of the entire universe. What a man, what a life. RIP.

His books formed my view of applied physics and theoretical physics in my youth and briefly made me think a career in the sciences was for me, until I realised I was no where near clever enough and his incredible writing had me feel like the science was accessible.

That’s his power - the power to make people understand things that are incredibly complex. He birthed, out of that, a generation of scientists who will continue his work to build our understanding, and his work is the foundation of that, even if it is proved to be incorrect.

Imagine being diagnosed with just a few years to live at such a young age and go on to do SO much and have a great sense of humour and lust for change and life. Incredible.

That’s beautifully put! Made me well up a bit!

Aside from all the brilliant maths and science stuff I was always fascinated by how he managed to leave his wife and elope with his nurse. I always had visions of something like a very slow Benny Hill chase.

As important as his contributions to science have been, it’s also worth remembering his campaigning for progressive causes that has been a part of his life since he was a student:

goodbye to a beautiful man https://t.co/RuSVUgHY1V

Undoubtedly one of the greatest Scientists in the history of humanity, and beat back his own mortality for decades, changing perceptions of disability in the process. Remarkable in every sense.

100% this. I can’t think of many other scientists who married the two gifts of being genuinely groundbreaking in their fields with being able to communicate such extraordinarily complex ideas in a way that enabled the rest of us to understand. So often it’s just one or the other.

I get the impression that he embraced it when his ideas were superseded and proved incorrect, as it was all part of the process of movement towards a greater understanding of the universe. He regularly made bets against other scientists based on theories and ideas and often lost them, but he generally seemed to lose with good grace. Because after all, whether the bet was won or lost, it meant we had an answer to a question, and we’d gained more knowledge of the universe around us.

We are all time-travelers, journeying together into the future. But let us work together to make that future a place we want to visit. Be brave, be determined, overcome the odds. It can be done.

If anyone could make you believe that anything was possible, it was Steven Hawking. A once in a lifetime inspirational genius. Gutted he couldn’t be around for longer

He once watched me take money out of a cash machine. Pretty sure he saw my PIN, but he never did anything nefarious with that information. One of the good guys.

Was on lunch break once with my boss and we bumped into him, she tried to shake his hand. Good times.

Was meant to see him talk for the 100th anniversary of Einstein’s General Relativity a few years ago, but he was too ill, it had to be rescheduled 3 times before it went ahead. During this time he was still political, still in touch with the sciences, etc.

Just last week someone came in and presented work based on Hawking radiation and possible imprints in future measurements. His work is still relevant today, but even more so, the inspiration he was able to inspire in so many by bringing crazy ideas to the masses is going to be his legacy.

A couple of profs in our department did their PhDs under him, one of whom has been out on the picket line since 7:30am today. I think he’d have liked that.

“Remember to look up at the stars and not down at your feet. Try to make sense of what you see and wonder about what makes the universe exist. Be curious. And however difficult life may seem, there is always something you can do and succeed at. It matters that you don’t just give up.”