Hack? or underrated genius!
I got around listening to Big Black last year but after getting into Shellac. I just come to really appreciate his music. However he was an asshole, I can totally see why people would hate him. What are your thoughts? These are my favs.

shellac is his greatest work, big black is just shit

not really underrated… he’s one of the most deified figures in indie music. bit of an elitist ball bag but he’s been involved in too many great records to really deny his talent.

NOT DEAD!
Not.
Dead.

He’s really made some great productions and I love Shellac.

But I think his views are often a bit regressive unfortunately.

Coincidently I was reading this yesterday: 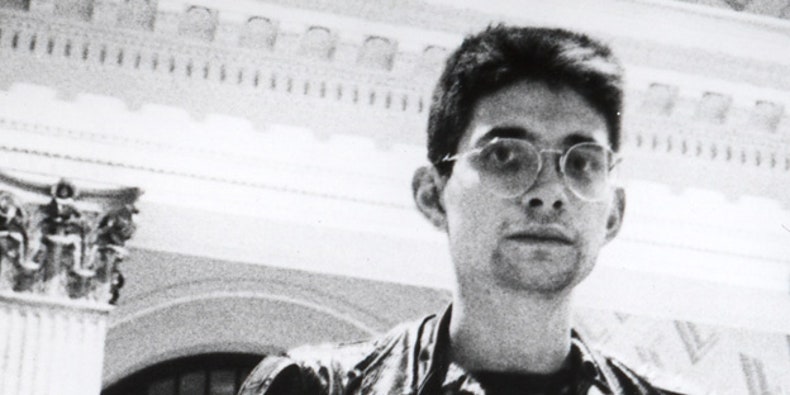 Though best known as a studio wiz, Steve Albini has also carved-out a place as one of music's most confrontational artists over the last 30 years while fronting Big Black, Rapeman, and Shellac. Jason Heller ranks his finest work as a bandleader.

Shellac are one of the finest live bands I’ve seen, so ridiculously tight.

So many of my favourite albums of all time have albini involved; off the top of my head … do Dallas, ocean songs, rid of me, attack on memory, secret name, and many many more. Seems like he gets bands at a stage in their career where they are at their creatively best, not sure how that happens.

Don’t know if anyone is a fan of Dave Grohl’s Sonic Highways series (note: you do not have to enjoy the musical stylings of popular hit beat come Foo Fighter to watch this) but in the opening episode about the Chicago music scene Albini comes across surprisingly well - he really does love the music and his DIY roots. Good studio too.

However, in terms of recording bands, loads of noisy bands make the mistake of thinking he is the right guy for them, when his style is definitely most suited to loud, but sparse acts as he likes to let three or four instruments breathe, rather than have loads of stuff going on. Perfect examples are the two Wedding present albums he recorded - Seamonsters, a sparse, beautiful, really unpleasant at times beast of a record. A classic for me. Then they went back with a bigger bandier, straight up indie record some decades later (can’t remember the records name) and it stinks. It stinks mainly because the songs stink, but the production is just wrong too.

I’ve never found him an unpleasant guy, either. Genuinely DIY too, not DIY like every pissy band pretending it is a decision rather than because EMI haven’t called yet.

Got into Big Black this week. Like it. Shellac still better though.

he was an asshole 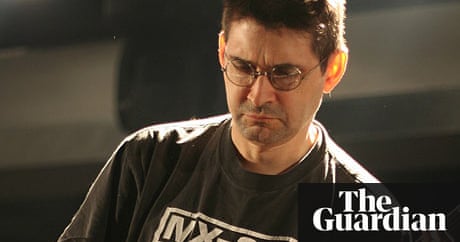 Rosie Swash: Each year the celebrated producer dishes out money, clothes and toys to cash-strapped families. But this seasonal giving spree is now threatened by changes in the law

That show was pure trash. Foo fighters trying to insinuate themselves into musical history theyre nothing to do with. They go to albinis studio but record with butch vig. Then the foo fighters play one of the worst songs ive ever heard. Kin ell.

I think Rapeman might be my favourite Albini project. As much as I love BB and Shellac for different reasons, the David Wm Sims and Ray Washam rhythm section is a full dirty joy.

never really got into Shellac for some reason.

there’s a remastered version of Atomizer out there for those who only have Rich Man’s 8 Track. Sounds much better.

However, in terms of recording bands, loads of noisy bands make the mistake of thinking he is the right guy for them, when his style is definitely most suited to loud, but sparse acts as he likes to let three or four instruments breathe

that must be why I wasn’t too keen on the new Ty Segall album. Though even the softer tracks felt flat.

Big Black were brilliant at the Clarendon all those years ago.

Saw him support Sonic Youth with Rapeman a few years later. He and Thurston Moore got into a fight in the wings which culminated with the pair of them rolling across the stage punching each other like a pair of five year olds.

Seems like a nob, but a very entertaining one. And as someone stated up there, seems to stand by his principles and has never ‘sold out’ for want of a better term. I think he’s great. Despite seeing Shellac at every atp event ever they remain a great live band, and one i’d always go and see. The last Shellac album was an absolute corker also, especially for a band so far into their life!

Think Two Nuns & a Pack Mule may be my favourite Albini record though. Has the tunes and the filth to keep me entertained.

i feel like he’s a lot less of a dick than he used to be. seems like he used to be very into being edgy and provocative but he’s definitely mellowed a bit and his talks these days are quite positive and interesting. in among stuff like Tom DeLonge comparing music streaming to the murder of elephants it’s quite refreshing to hear Albini’s positive take on the role of the internet in music. when i saw him do the talk last year someone asked him in the Q&A about the name Rapeman and he said that while it came from a bizarre horrible Japanese comic, he regretted using it and it was pretty indefensible.

also yeah Big Black and Shellac are both great. Big Black are sort of harder going i think in that you sometimes have to search for a trace of melody or something to grab on to, but when they’re good they’re really good. Shellac are probably more consistent (never really listened to Rapeman) plus he’s engineered quite a few of my favourite albums.

Utterly love ‘Songs About Fucking’. ‘L Dopa’ is a fucking whopper tune. ‘Atomizer’ is brilliant as well, picked it up on LP last year. The guitar sounds on that record are magnificent.

I’ve never really gotten into Shellac bar a few songs. I’ve enjoyed them when I’ve seen them love but the records don’t grab me.

Big fan of the production job he did for The Wedding Present on ‘Seamonsters’. One of my favourite albums of all time.

When it comes to Big Black I love the overall raw production and primitive nature to it. Works really well with Albini. However Shellac is so great because it’s aggressive, cryptic, groovy, and the production is perfect for what he is doing.