Eg If Robbie Williams had an album called Aladdin Sane it would be a really cringeworthy title.

If the English built the pyramids they would be shit imo.

You mean they would have done a much shitter version or the same pyramids wouldn’t have the same cache if done by the English?

If Taylor Swift’s folklore had been made by an artist who normally makes that style of music it would have been considered a quite dull album.

MuMufication MuMufication is the act of having a small portion of your cremated cremated remains fired in a Brickof Mu. MuMufied is what you will be after the act of MuMufication has been carried out. What you get in the here and now is a Brick of Mu...

Chances are that they would have been a shitter version. Look at the state of Stonehenge ffs.

Even if they were as good though I reckon you’d get people calling them a fucking eyesore.

The Beatles are only as good as they are because they got to play it first, cause a lot of music wasn’t already taken. So if you take the Silversun Pickups, who I don’t like that much but they are musicians and they are a band. I think if they were born in Liverpool in 1950s whatever, they would’ve discovered “hey maybe if we distort our guitars and shout a little bit.” They could’ve done that and we would’ve been like “Oh, they’re The Beatles.” So that’s why I’ll say that the Silversun Pickups are as good as The Beatles.

came here to say the beatles. how ironic!!! given the context of your post

Just skipped through a few tracks. It does sound dull I concur. What style of music is it supposed to be? Just sounds like dull pop music to me.

Got a much more indie/folk sound to it hasn’t it. Think one of the national produced it which is probs why it’s so dull

Chances are that they would have been a shitter version. Look at the state of Stonehenge ffs.

Surely true but not what this thread is about

Even if they were as good though I reckon you’d get people calling them a fucking eyesore.

Termite hills if people made them

The entirety of The National’s catalogue is really shit and people have just bought into it because of name recognition.

This gives me an excuse to post this again 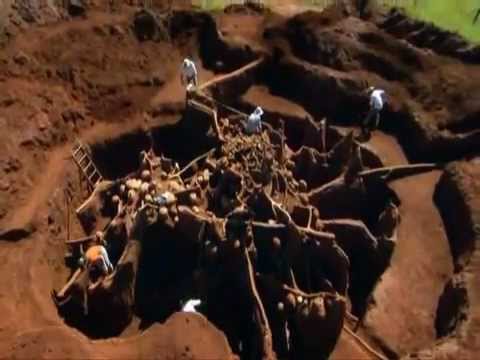 How did they first get name recognition, Geesey?

I love how bugs build their homes

When Rose Ayling-Ellis danced without music on Strictly last week everybody thought it was great and Anton du Beke said it was the best thing he’d ever seen.

If I’d done it everyone would have pointed and laughed. Maybe called the police.