Stupid question about powered speakers/amps/headphones for a synth

Follow up a to my q about where to buy a synth from.

Being an idiot I hadn’t quite understood synths don’t have built in speakers. Seem to have a 1/4 inch instrument cable out which would then go to?..?..?

Synth is going to be a present for my niece so at least initially just for playing in her room, so am thinking headphones, no need to have something for gigs at this point.

Anyway I just feel so stupid on this. Have I totally misunderstood what is required? Any recommendations on headphones or powered speaker/amps?

What synth is it? we can just check the specs online.

I haven’t actually decided but am thinking a moog subsequent 25.

It refers to “Amplified speakers” in the manual, but it doesn’t matter if you go
synth => amp => speaker(s) or synth => powered speaker where the poweramp and speaker are a single unit.

Are these the headphones?

I take it you realise that the subsequent 25 is a mono synth so will only play one note at a time, no chords? I think I’d be getting something polyphonic for a first synth.

I’d suggest maybe looking at the Yamaha Reface CS or a Roland Boutique (the JX-08 or JU-06A probably have the best interfaces for learning) with the K-25m keyboard dock.

Yeah thanks. Been trying to get my head round everything.

Open to all suggestions and recommendations - really appreciated.

Slightly lower down the cool synths pecking order, but the MicroKorg S is both a classic synth and has really surprisingly good built-in speakers without compromising any other MicroKorg goodness (and it’s relatively inexpensive) - does have tiny wee keys though

The Microkorg is a surprisingly great wee synth for the cash but it’s not exactly the easiest interface to learn on imo. Same applies to the Novation Mininova.

For a learner you really want as close to knob/slider per functions as possible I reckon. Lots of potential for happy accidents while you play.

I have one and it’s really pretty decent! It’s very versatile, but it isn’t your analogue old-times synth - it’s very much a digital instrument. MicroKorgs crop up in all sorts of recordings and you can get some very cool sounds out of them.

not exactly the easiest interface to learn on

This however is true, and my recommendation is biased by having used one for over a decade! The sound design capabilities are massive but the screen is very, very small.

So the Yamaha is better from that perspective?

Interface is much easier on the Yamaha, the main downside with it is no on-board patch storage, although there is an app type thing you can use I believe. It also has on-board speakers though, which is another plus and the mini keys on it are very playable.

Other options to consider could be the Behringer Deepmind 6 or a Roland JD-Xi. 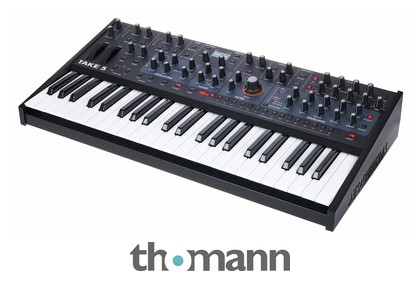 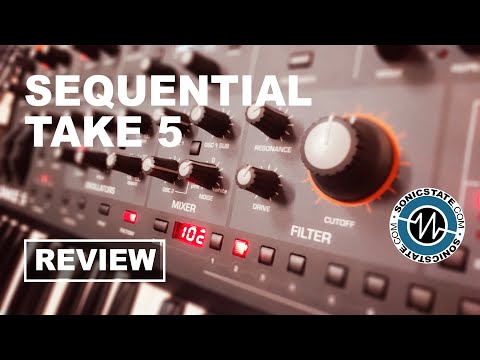 Looks to be twice the cost! But thanks - will add it to my list to check out.

Do you use this?

I haven’t used the Take 5 but I have a Sequential OB6 which uses similar oscillators, the same filter and the same fx. Sequential make great synths

Seconded for the Sequential love, they’re so good. I used to play in a band with a guy who had an original Prophet-5 and it was so, so unbelievably nice.