Firstly wanted to share this article which i thought was excellent… 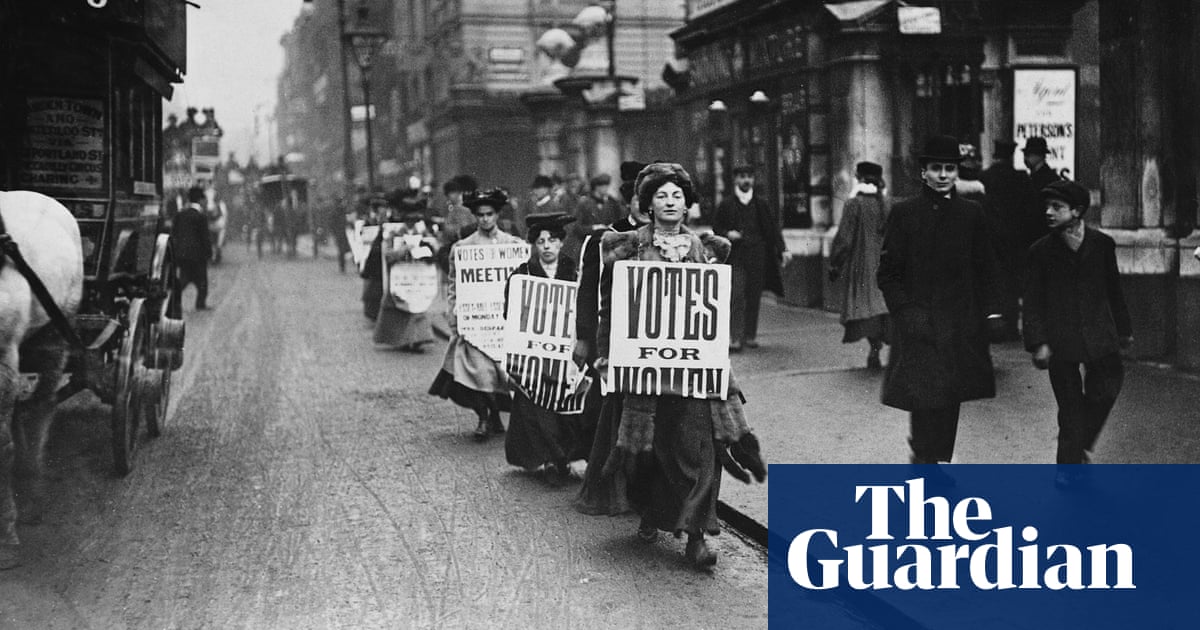 Secondly wanted to ask how people feel about the idea of pardons for these women? Seemed a no-brainer for me on the face of it but have since heard a couple of very convincing arguments to the contrary.

There’s so much stuff i didn’t know until this week. Didn’t know of the rift and difference in ideology between Emmeline and Sylvia Pankhurst for instance. Didn’t know that some women were forcefed rectally, ffs. Didn’t know about the Cat and Mouse Act. Some absolutely brutal, shameful shit really.

Thought Caroline Lucas made a good point re: pardons, that these women knowingly broke the law as it was necessary to enact change, and that a pardon might diminish/whitewash their efforts and the measures they needed to go to

I’m against pardonning them as it seems very condescending. They were militant bad asses who broke the law deliberately and were prepared to go to gaol because that is what it took to press home their point. It was this attitude that helped them to eventually win.

If I had gone through that, I wouldn’t want the Establishment going ‘There, there dear, we give you our blessing.’

I read this about six months ago. Worth checking out. Shameful that I and many people I know hadn’t heard of a lot of the women mentioned.

Ah I don’t think so, there’s a fairly long history of pardoning political agitators as an admission of guilt that the law was wrong in the first place.

Aye. And also it’s political pointscoring for politicians who still discriminate against women every day via policy. Can we really believe that the same people who snook through the tax credit rape clause for instance really give a shit about women a hundred years ago, or anyone in fact?

Tbf I don’t have any real knowledge in this. Just had always assumed pardon=good and hadn’t thought of that perspective

If Caroline Lucas (who is I believe a woman) thinks there’s cause for concern there probably is, just don’t see the public perception of women fighting for the vote to change either way in this instance.
It might be what bugduv was talking about though, just calling out the shitehawks pretending to care.

Legally you mean? Or in my opinion? Not sure either way?

Idk, in this account (http://www.johndclare.net/Women1_SuffragetteActions_Rosen.htm) the list of crimes extends to things like physical assault and arson. I think that’s the sort of crimes that Lucas is referring to.

Not sure why pardoning that would dilute their efforts rather than recognise it was necessary?

I don’t think a pardon is required to recognise that. Suffragettes will have surely known that these were illegal acts…in fact they were probably committed for their illegality. As opposed to…homosexual men in Scotland being pardoned for doing something they strongly believe shouldn’t be illegal. So I don’t think retroactively deciding they did nothing wrong accurately shows a true account of their struggle.

I think when freedom fighters in other countries have been pardoned for using violence it’s not particularly harmful to the legacy of the struggle and can act as a form of reconciliation but I see where you’re coming from.

My other half wore a green long-sleeved shirt under a purple T-shirt yesterday to work. She saw one other colleague in the same colours and pointed it out. The colleague’s reply was “yes lovely spring colours”

I wore my green tie with a white shirt yesterday and switched it for my purple one at lunch.

Why are we having this thread a day late?

This seems a dubious claim, given that you’re here.

I think the thread that’s begun with this tweet gives a fuller & clearar explanation of the ideas behind what Caroline Lucas and others have talked about re: pardoning

Also this video, while not directly about Suffragism hits the nail on the head about how, when anti-establishment and militant movements bear fruit one of the standard reactions of the establishment is to claim that fruit as their own