Hope you slept well and have good days ahead? I am up and about now but it was nice sitting in bed watching the

in action. Speaking of which…

I’m very pleased for London this morning for being the first location represented* to breach the 8am mark! Enjoy your earlier sunrise, LME!

* I have plans in place for this, and have not forgotten Brighton and Isle of Wight Elites

Hold your horses! (Though northern Scotland will undoubtedly be there!)

Morning. Covid day 5 so not much to report.

On the daylight hours front, I still have Lerwick in my BBC weather app from going on holidays there last summer. Their daylight is 08:54 to 15:35 (6:41) today. Ooft!

The Child has her first swimming lesson later and then Wor Lass is going out.

I’m hoping play some computer games before that.

Nothing doing really. Had breakfast. Just skimming through Match of the day from last night.

Take dog for walk. Might go into Brum for lunch somewhere.

My best mate’s sister officially released her new album on Friday. There’s an album launch gig in London this afternoon. My daughter and I are on the guest list, and we’re going for Mexican food afterwards.

Who was it again? Remember you saying in the new release thread

I have my first roller skating class today 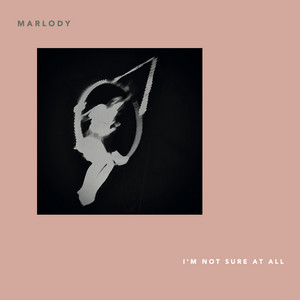 I'm Not Sure At All

In a bit of a mood. At work until 6.30 which doesn’t help. Had a really early morning after a pretty broken nights sleep with a disturbed toddler. Managed a small kip on the sofa whilst my wife was out at the gym. Also had a good long listen to the new Toxi Plain album and it’s lovely

coming down with something, why is it always the weekend when you get ill, well fucking annoying

Had a nice chilled weekend with some good pubs and some really nice food (had eel sashimi which was actually pretty good). Also got to try the lemon, pistachio and almond gelato and i think if it was sandwiched between two ginger nut biscuits it’d be pretty lush

Biscuits are acceptable in this supporting role from time to time.

On the bus with a very intense dog, been staring at me for a good while now… Which Newcastle is this?

We’ve just been to the Pavilion. It’s free for the weekend, which is nice. That George IV really knew how to decorate Gonna cook a roast later, but no plans other than that