Any interest in a swimming thread?

Happy to just shout into the void if no one is interested.

Anyway, 35 years and I’ve been doing the breast stroke kick wrong. Been struggling to nail it the last month or so but think I’m getting there.

Has anyone done improvement lessons? Hoping to sign up as I saw some absolutely beautiful strokes and great swimming from a class next to me recently.

This is also, and perhaps primarily, the place to complain about people who don’t know have any pool etiquette. How to Kick Breaststroke - SwimOutlet.com

You've seen a frog swim before? They move with such speed, all by snapping their legs together in quick, precise movements. If you're learning Breaststroke, you can learn a lot from a frog. After all, some people refer to breaststroke kick as “the... 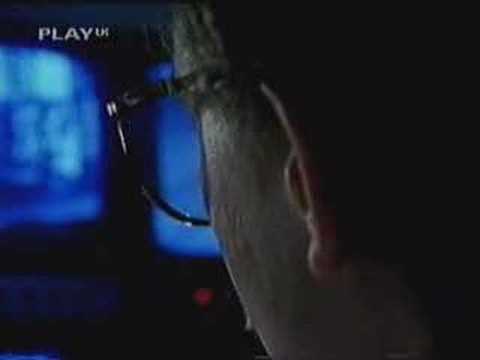 I’ve never been able to do the breast stroke kick thing. I don’t think it helps that I’ve got Osgood Schlatter disease in my left knee.

Both the community swimming pools in Reading have been shut. Not sure what the plans are for replacing them, but there’s a “temporary” pop up or something pool at the leisure centre, I think. Not been down there though.

This whip kick thing instead of a big looping frog kick has helped my knees quite a lot. Although I feel like it’s slowed me down a little (marginally really) and I struggle to not let my feet surface on the recovery.

So a bit of a MH viewpoint but I’ve not gone swimming since I became aware of how much I hated my body, so around 18 years I think. Have had a few exceptions such as lake swimming in Finland a few times but was just with my ex and no one else around so it wasn’t such a big deal.

I LOVED swimming as a kid, has always been my favourite sporting activity, so to go such a long time without it just because of body issues is a shame.

Last summer I was convinced to go by another ex and I went once and it was just a nightmare. On the verge of a panic attack the entire time… I felt glad in the end that I went but couldn’t face up to it again.

Now I’ve made a great friend that happens to also be my therapist, and she has encouraged me to do it again. We’ve went together twice now and it’s so much better, last night I was barely in my own head at all, I just enjoyed the experience and managed to get through it without freaking out once.

And I loved swimming again. Definitely haven’t got the same skills I used to, but it’s great to feel muscles that I forgot existed again.

So I’m now a swimming champion and I’m hoping to go once or twice a week from now on.

Oh and today’s grievance. It was almost grievance free tbh but then in the last bit of my session, from some speakers I didn’t know existed, some absolute belmer started blasting Snow Patrol. No! I like to get meditative when I swim, not feel like I’m in a romantic comedy montage.

yeah, I’m pretty sure I’ve not been trying to do it the way shown in your link. I’ll try to remember to test it out next time I’m in a pool. …Looks like that’ll be May, form my calendar.

they should make swimming pools bigger / have less people in them

On Saturday two middle aged gentlemen almost came to blows after one accidentally kicked the other, and the other was not satisfied with his apology. It needed a pool attendant to calm things down.

I found after a long break I went through some really deep shit that I didn’t know I was harbouring, thinking about family stuff from when I was 19 and my dad died. After about a month or so of going regularly again I can now just be mindful completely and not have thoughts at all but there was an outpouring of nostalgia and sadness for a bit. Linked, I think, to a similar love of the water and swimming from childhood and my dad being a lifeguard so its seems the obvious activity to trigger me.

Really glad you’re back into it. It’s just dreamy. Keep it up Juke

Aww Scout, I’m glad you got past it. Keep it up, we will be regular Michael Phelps in no time

There was a man in my lane (medium) this morning doing breast stroke with a snorkel. Not really a breach of etiquette as such but I don’t know what he was getting out of it.

Wish I had time for swimming again. There’s far too much other stuff these days though. Jimbo’s swimming lessons will stop in July though, so maybe they can be swapped for family trips to the pool, and maybe I could get a few lengths in then.

Someone does that at Moss Side too. And there’s someone who goes in a wetsuit.

I have a hybrid aqua sphere mask thing rather than goggles as they make me eyes really puffy. The mask is ace (and doesn’t really look too different from goggles) though it leaves a line on my forehead for about 4 hours after.

About 3/4 breast interspersed with back.

Can’t do front crawl which is part of the reason I want to start lessons.

Alternate between front crawl and backstroke. Can’t do breast stroke. Haven’t attempted butterfly as I don’t want to drown.

There’s about four weeks to go until the West Reservoir place allows open water swimming for the summer again.

Swimming in lakes/reservoirs last year was my favourite bit of triathlon training. I’ve always done my swimming in pools before, and the open water swimming has made me fall in love with it all over again.

I like open water but when I get out I can barely walk. I’ve only really done it in places like Windermere where is consistently freezing cold so it might be that.